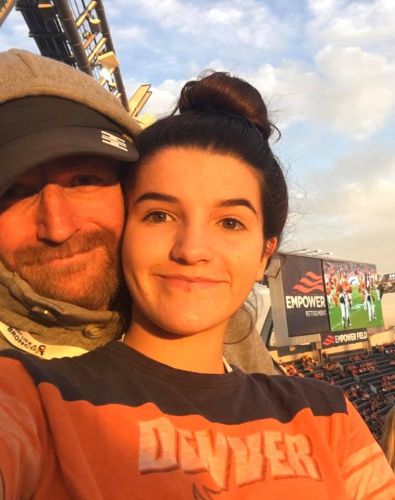 Humans are terrified of the unknown. It's natural instinct to self preserve, value safety, crave control, and demand power; all of which aren’t guaranteed in a realm of obscurity. Personally, I’m constantly seeking control, as in my mind, control translates to stability; however, I’ve come to find out that life isn’t designed to be controlled by an individual agent. Instead, it's designed to test how we deal with what’s out of our control, as that is the real character indicator, not what man does with power, but without it.

I moved to the United States from England in 2015, and after growing up in a small farming village by the name of Cropwell Bishop for my first ten years, appreciating consistency and simplicity, suddenly, everything was new, and life was all American. I’ll admit, my first year in Colorado wasn’t what I expected; Honestly, it hit me like a hurricane, and the prospects of the American dream, all wrapped up in red white and blue and a white picket fence, were overshadowed by extreme insecurity and loneliness. However, I regained control and quickly learned to adapt to a new lifestyle. I learned to harden my r’s and not pronounce my ts, I began attending more than enough football games, not soccer; I mean, “real” football, and quickly expanded my athletic wear collection, as it turns out, it’s socially acceptable to wear leggings and sneakers at a restaurant that also provides knives and forks.

All the while on my journey of character development I had one consistent factor in my life that had always kept me grounded; this being, my family. My parents and my brother are honestly my favorite people in the world. The four of us are a power team, almost like the incredibles, capable of undertaking any feat, as long as we are together. Interestingly, it seemed the universe agreed, but wanted to double check the extent of our unity, as just one year after the big move, I found out my dad had stage four colon cancer, a ten percent chance to live, and I felt just one thing: powerless. When I found out, my heart hit the floor and my brain was littered with countless thoughts and emotions, polluting my eleven-year-old head. My dad had always been a huge role model to me, and, though we don’t look very similar, intellectually and emotionally, there is no doubt I am his daughter. As my dad began to fight his illness, it was excruciating to see my mentor so vulnerable, and there was no medicine, no instant remedy, that my family or I could provide to help. I knew that he was always in pain, in constant discomfort, and all I could do was watch, and pray to a god that I didn’t believe in, as I desperately needed him to be okay.

I remember visiting him for the first time in hospital after a huge, successful, surgery. As soon as I walked into the Swedish Medical Center, instantly that hospital smell, antiseptic, almost bitter, smell flooded my nostrils, as I made my way to his room. I stood next to my brother and waited outside the door in silence, only speaking with my eyes. Glossed over and strained, aching at the delay of my tears, my eyes told a whole story as my body went numb: I was completely terrified. As soon as I walked in, I saw my dad, in both the weakest and strongest state I had ever seen him. Though he looked frail, I had never seen such determination in anyone’s eyes, and, as I did, I realised he had taken a situation so incontrolable, and yet managed to control it.

In times of adversity, it is our control over the uncontrollable that settles our character. My dad is healthy today, after several surgeries and intense chemotherapy, because of amazing doctors and nurses, and his strength while seemingly powerless. Our lives are up to nobody but ourselves, power is ours, all we have to do is take it, as humans ought not to be terrified of the unknown, but instead fear what is known, but simply undone.