The average age that people purchase life insurance is between 35-45 and my parents always told us how important it was to get coverage. My mother had purchased a policy on the entire household, which included her, my dad, my two siblings and myself. Once we all became adults, our parents gave us two options, close out your account and receive the money or take over the life insurance policy and become responsible for the premium payments. My siblings opted out because they decided to get coverage through their employers and unlike them, I decided to continue with the same coverage since my mom had already paid into it for years.

After five years of having the policy, I received a bill for a loan that had been taken out of my life insurance policy. Unbeknownst to me, my parents had taken a loan out several years prior under the advice of their agent. I decided to settle with the company and close out my policy. Being a hairstylist, my employer didn't offer benefits and I was still in my 20s so getting a new coverage wasn't even on my mind. I procrastinated not knowing that within the same year, I would be diagnosed with Stage IV colon cancer at the age of 25. I recall thinking, if this cancer kills me, I would be leaving my husband and two kids, NOTHING! My husband had an insurance policy on me that would only cover my funeral cost.

I waited util I was declared NED to start shopping around for life insurance. That was only 15 months after my diagnosis. Everybody basically laughed at me and said, try calling back in five years (which is considered cancer free). As the five-year mark approached, I contacted several companies. I made many phone appointments and about four in-person appointments. I was rejected by everyone. Five years was not long enough for a stage IV diagnosis, so they suggested to try again at 10 years. I decided to contact a few of the same companies along with others at the 10 year mark. Nothing had changed in their responses. It was damn near identical to all my rejections at my five-year mark.

During my research, AAA kept popping up because they are known to not reject many especially due to their medical history. It was now 12 years since my diagnosis, so I gave it a shot. I started with a phone interview. The process was similar to the others with the same questions. Once the agent asked if I've ever had cancer, I said, "yes". He asked me what stage and I responded with, F O U R. He politely put me on hold for what felt like a lifetime. When he returned, he said, "I'm sorry maam. We are unable to cover you. Although, we do cover cancer survivors, a stage IV diagnosis is too risky for us." I felt so defeated not knowing if I would ever qualify for life insurance.

Three years later, during the month of March, which is colon cancer awareness month and the month I was diagnosed, the WHO declared a global pandemic. America's numbers were on the rise leading the world in deaths. I kept receiving mail and emails about life insurance coverage. Because of the pandemic and sudden deaths, purchasing life insurance was at an all-time high. I figured I was now at my 15 year mark and with the pandemic, maybe it would be beneficial to me since companies were starting to cover people without knowing their medical history, physical exams or only dating it back to 10 years. After receiving so many letters from my bank about life insurance coverage, I decided to try AGAIN in November. I filled out the questionnaire and my medical history, which only went back 10 years, and mailed it in with my fingers crossed. Low and behold, I received an email saying, YOU HAVE BEEN APPROVED for term life insurance until the age of 80. I had never been so excited to open an email. Amidst this pandemic and the tragedies that have transpired, my silver lining was finally getting approved for life insurance. 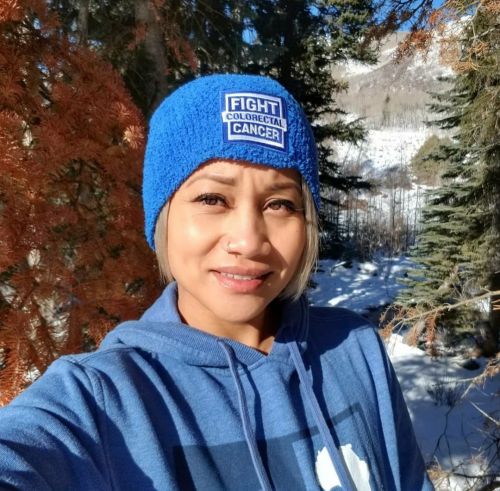