Winning a free vacation is wonderful but winning The Colon Club’s raffle for a stay in a tiny house in Williams, AZ was extra special because of my relationship to the Grand Canyon and my own family history of colorectal cancer.

When I was twenty-one years, old my dad died from colon cancer at the age of forty-eight. He only lived for a year after diagnosis, and one of the things he wanted to do before he died was hike to the bottom of the Grand Canyon. Sadly, he never got the chance.

Our family had been to the Canyon twice on epic summer road trips a la National Lampoon’s Vacation. We packed games and snacks, piled into the truck and headed out west from our home just outside of New Orleans, Louisiana. Dad drove nonstop through Texas and stopped just long enough to visit family in New Mexico on the way. We stopped at the Grand Canyon, drove down the Las Vegas strip, then made a final pit stop in Colorado Springs, Colorado on the way back. Decades later, I’m exhausted just thinking about that trip. Although brief, our time spent at the Canyon left an indelible mark on the entire family.

In 2002, a year after my dad died, Thomas, my then boyfriend and now husband and I decided to hike to Phantom Ranch, the most popular destination at the bottom of the Grand Canyon. My dad was an avid golfer, so I brought along a golf tee and ball I had given him as a present when he was alive with the intention of leaving them there. We stayed just one night at the bottom and on the hike out I pushed the tee into the earth near the beach (sorry, National Park Service!), keeping the golf ball nestled in my already overloaded backpack. I was ill prepared for the hike and needed a physical reminder of who I was doing the hike for.

I wasn’t done with the Grand Canyon after that inaugural Phantom Ranch trip. The next summer, Thomas and I worked for three months as seasonal employees on the South Rim, waiting tables at the El Tovar and Bright Angel restaurants. The following year we were married in the Grand Canyon then in 2005, Hurricane Katrina hit New Orleans. With our hometown in flux we made the fraught decision to move to Phoenix, AZ since my job offered to transfer me anywhere I wanted to in the country. More importantly, the Grand Canyon was a four hour drive north and my brother and his partner, who also lived in New Orleans, decided to move to the Grand Canyon for jobs and housing. After a while, they both scored jobs at Phantom Ranch.

In 2016 my sister and her husband Jeremiah got married at the Grand Canyon as well. Somewhere in between 2002 and now, Thomas and I got married at the Grand Canyon, my mom, aunt and sister all hiked to the bottom and I’ve been down to the bottom ten times in addition to countless trips to the South Rim. In 2010, after living in Scottsdale for three and a half years, Thomas and I moved back to New Orleans, with dreams of spending summers in Arizona.

In 2018, instead of leading the way down the South Kaibab trail, I had the unfortunate realization that I was following in my dad’s footsteps instead. I was diagnosed with stage IV rectal cancer while on a work trip in Ireland and spent a week in the hospital there. I had a seizure while walking around Cork City— the cancer spread to my brain. After a year consisting of multiple surgeries, twelve rounds of chemotherapy and five rounds of radiation, the cancer showed up in my lungs. I underwent an additional fourteen rounds of chemo and another five rounds of radiation.

As awful as going through cancer treatment during a pandemic is, Thomas and I got the opportunity we only previously dreamed of. He’s a counselor in private practice, and with telehealth being the new norm (and our Covid stimulus checks) we were able to pack up the car and drive from New Orleans to Sedona and spent a month out west. Thomas saw his clients during the day and we hiked in the evenings. With the Grand Canyon two hours away, we were able to spend two weekends there. I broke down crying multiple times, partially because I was overwhelmed by the beauty of the place, partially because I knew my dad would be proud as hell that I got through cancer treatment twice and was able to fulfill his dream for him so many years ago.

We were already planning on going back to Northern Arizona for six weeks next summer, so winning the three day stay at the tiny house was a sure sign that we’re meant to go back. This trip will be much needed as I found out shortly after we got back from our dream summer that, despite treatment, the cancer is still in my lungs. This time, there’s no getting off chemo. That’s right, I’m on chemo for life, however I refuse to let cancer rule my life. With a COVID-19 vaccine now coming to fruition, we’re planning on driving to Sedona once again and having me fly home for treatment. It’s not an ideal situation, but I can’t let cancer stop me from living my life and I think Dad would agree. 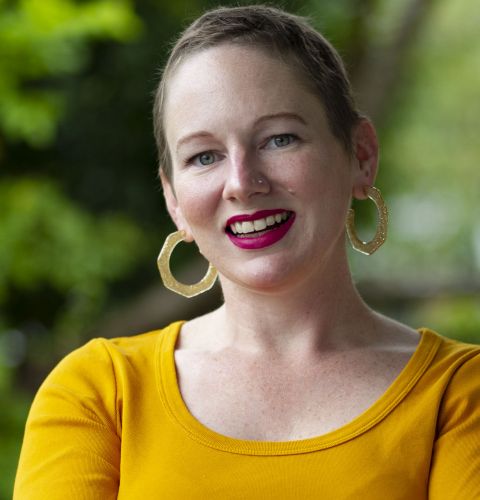