Picture yourself six years old at the eye doctors with your parents and hearing the words “Familial Adenomatous Polyposis” (FAP) and that it is a condition you could have. That was me nearly 15 years ago.

For those who don’t know, FAP is a rare genetic condition that can lead to colorectal cancer. It’s when an individual develops a high number polyps in their colon and/or in their rectum. When I was much younger and first learned about polyps, I was told that they are mushrooms like growths in my colon. These polyps can be benign or malignant, however most people with FAP are diagnosed with colon cancer by the age of 40. FAP also can come with many other effects, like desmoid tumours (benign growths) and CHRPEs (mole/freckle on the back of the eye), both of which I have.

My mom is the only one of her siblings who has the FAP gene. She was diagnosed with FAP at the age of 13 through a colonoscopy and then bloodwork. Luckily for her it never got to the point where she was diagnosed with cancer but by the age of 27 she had over 1000 polyps in her colon so she had surgery to remove her colon. My mother had a two-step total proctocolectomy with a j-pouch. Unfortunately, after the surgery it seemed that she was having more issues than before but four years later she went through the same surgery with a different doctor, who she says “gave her a second life.” From my mom, the gene was passed on to my little brother and I. My little brother has been lucky (knock on wood) and hasn’t any problems so far, although he does go for colonoscopies every 2 years.

As for me, my story with FAP is a lengthy one. I was diagnosed with FAP at the age of 6, first through an eye exam (which everyone finds extremely interesting) and then confirmed through a blood test. Once I turned 13, I started having yearly colonoscopies, and I didn’t have any GI issues until grade 8. I started missing days of school at a time, at which point my specialist diagnosed me with IBS-C and ordered an CT scan which showed a desmoid tumor. My doctor wasn’t too concerned about this but put me on a medication regime. In grade 9 things got worse. I was missing several days/weeks of school at a time to the point where I was doing home instruction. My colonoscopies hadn’t changed much, there were still polyps, and the tumour hadn’t changed in any way, so there was still nothing that had my doctor concerned.

Things seemed to get better as time went on, I was able to go back in person for the remainder of high school, despite being short a few classes. I did summer school each year to get caught up as much as I could and went back for an extra semester. Just as things seemed to be great, I had to switch doctors from pediatric to a young adult specialist. When I first met my new doctor, she did the usual, took my full medical history, family history, etc. and wanted me to do my first colonoscopy with her. In a matter of 6 months my colon went from having a few polyps here and there to being fully engulfed. Luckily, the ones that were removed and taken for a biopsy came back benign, however she wanted me to go for surgery to have my colon removed as soon as possible. I had recently turned 18, was finishing my last semester of high school, and was preparing myself to have major surgery and an ileostomy once I was done with my exams.

I had the same surgery as my mom, a two-step total proctocolectomy with a j-pouch. I had both surgeries done exactly 6 weeks apart from each other. I faced almost every post-op complication possible with the second surgery. I dealt with infection after infection, blood clots in my liver, and iron deficiency putting me in the 5% category for any post-op complications. Once everything cleared up, I was feeling great. I was working full time and preparing for my first year at university in 2019. Then things changed and I began having severe abdominal pains almost every day for 2 months. The first few times it happened I thought I was just a blockage from something that I ate but I couldn’t have been more wrong. I spoke with my doctor who order an MRI which showed I had multiple desmoid tumours on various vital organs.

After being referred to an oncologist, the only options to treat the tumors were chemotherapy, radiation, or surgery. The doctors automatically ruled out surgery because of the complications I had faced with my previous surgeries. Radiation wasn’t an option either as the doctor said that some patients end up developing cancer and they didn’t feel comfortable with me doing it. So, chemo was the last and only option. Due to the pandemic, the start of my chemo treatments was delayed for months. Through first few treatments I experienced next to no pain, just side effects that come along with the type of chemo I was on. I was able to complete 3 months/rounds of chemo when I woke up one night in December of 2020 with severe pain that only got worse as the hours went by. After going to 2 hospitals, having 2 CT scans, and 2 sets of x-rays and bloodwork, I was told that I was septic. I had a small bowel obstruction and a perforation with my j-pouch caused by one of my desmoid tumours. After surgery I woke up in the step-down unit, only to realize I had another ileostomy.

Having another ileostomy at 20 was something I never expected. I was discouraged and not sure what to think other than “Is this permanent? Will I ever be able to have another reversal? What will my life be like if it is permanent? How will this impact my life with school?”. When I saw my doctor for a follow up, she didn’t recommend the reversal, as it could just agitate the tumors more and I could end up in this situation again. As I’ve been recovering over the last few months and after finding out I have an ileostomy indefinitely, I realized that my ileostomy, my (new) lifetime friend, saved my life and I will be forever grateful.

As I finish my story, I just want to add one thing. Having IBS-C, FAP, desmoid tumours, are invisible illnesses/things that people can’t see. There are many people out in the world who live with invisible illnesses, and look “fine,” or even “great,” “normal” and “not sick”. Some people often jump to these words and phrases like them, not realizing the pain that the person they’re talk to/about is living in pain. After everything I have gone through in my life, these are just somethings that people have said to me repeatedly. So please, when someone talks to you about living with an invisible illness, think about what you’re about to say and how it could affect them. Living with invisible illnesses is not something that is easy.

For anyone out there going through/dealing with IBS(-C), FAP, desmoid tumours or anything else, stay strong.  Things will get better even if it may not seem like it! There is a light at the end of the tunnel. It’s normal to have bad days, lazy days, days caring for yourself, whatever you want to call them, just remember at the end of the day you got this! 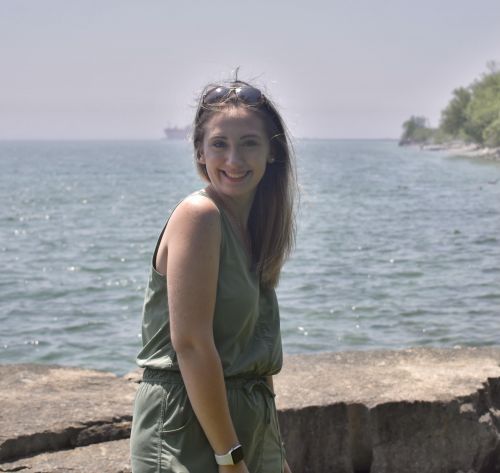