Death of a Superhero

Death of a Superhero

What happens to a superhero when they die? Does their light go out and dim into the darkness of the universe? Does their light transform into a star? Does their fight end? Does the villain who slayed them go into retirement and leave the people of the world alone? What really happens when we lose an indestructible hero like Chadwick Boseman?

Chadwick Boseman played historical heroes like Jackie Robinson, and Thurgood Marshall, as well as superheroes like T’Challa, aka Black Panther, on the big screen. What we are now realizing though his death is that Chadwick Boseman was also a real-life superhero for many and would go on to become a hero for people like me. I admired him as a talented actor - an artist who carefully selected the roles he would play onscreen, and despite being a successful actor, his humility is a trait we all witnessed and admired. However, in his death, he became even more of a hero to me. He fought the same villain I had fought for several years of my life.

When I learned of Chadwick’s passing, I felt the usual survivor’s guilt I often feel whenever someone in the CRC (colorectal cancer) community/family passes. I also felt the heavy burden of personal guilt. I feel I failed Chadwick. I feel that if only I had done more, if I screamed my story louder, if only I fought harder to have my voice heard, he would still be alive.

I feel that if he had known about all the cards stacked against him, perhaps he would have gone to the doctor sooner. Maybe his life would have been spared. The truth is that according to statistics, Chadwick Boseman had a higher chance of being diagnosed with colorectal cancer, just by being who he was.

As a male, Chadwick Boseman had an increased risk of having colorectal cancer. Not only is colorectal cancer the third leading cause of cancer-related death among men and women in the United States, but 1 in 23 men will be diagnosed with CRC in their lifetime, compared to 1 in 25 women.

Looking at the statistics, Chadwick’s youth was just another chip stacked against him, without him even knowing. Those of us who are under 50, not only have a higher chance of being misdiagnosed prior to diagnosis, but we also have a higher chance of being misdiagnosed by at least two doctors, therefore are more likely to be diagnosed at an advanced stage, such as Stage 3 or Stage 4, where the odds of survival are far less than with an early diagnosis.

I feel that I failed Chadwick Boseman. Although people of African American descent are at the highest risk for colorectal cancer, we are one of the most underrepresented groups in advocacy and awareness campaigns, within large colorectal cancer organizations. People like me are not being informed of our increased risk. We have no idea that there is a villain that seems to be attacking us more than anyone else.

The death of this superhero hurts so deeply. Had I shared my story, and screamed it louder from the mountaintops, it would have made an impact to more awareness, and Chadwick might still be alive. I had symptoms while in high school, at 17 years old. I was taught about the symptoms in my high school biology class. But I thought I was “too young” for the abdominal pain and discomfort I was experiencing to be cancer. According to the National Cancer Institute, since 1994, diagnosis of colorectal cancer in adults age 20 - 49 has increased by 51%. Fifty-one percent!

I am sure Chadwick felt the same way I did. That he too was too young for the symptoms he was experiencing to be colon cancer. That the stabbing pain may have just been from working too hard. Maybe he lifted something too heavy. Maybe it was gas. The fatigue? Maybe his filming schedule was a bit too demanding. The nausea or the diarrhea? Maybe he ate something he should not have. The blood in his stool? Maybe it was just hemorrhoids. Because that is what I thought and was told. For 10 years, I thought it was gas, or the results of a rigorous schedule of study in architecture school. I thought it was indigestion. But I was wrong, and so was he.

Chadwick and I were so similar. Yes, I was diagnosed younger than he was, but he was about the same age I am now, when he was diagnosed. Like Chadwick, I was diagnosed while on the brink of the best part of my life and getting that “break” I needed for a successful career. Just like him, after hearing some of the worst news you can possibly get in your entire life, I decided to focus on my career, but as an architect. There were certain goals I wanted to achieve in whatever time I had left. Cancer gave me urge to achieve my goals, and now that I have outlived the statistics I was given (50% chance of surviving 5 years), cancer is my motivation to keep pushing towards greatness. I refuse to let cancer steal my dreams and goals. Chadwick did not let cancer steal his career, his dreams, his goals, or his legacy.

I know firsthand, how hard it was to do what Chadwick did, I finished my bachelor’s degree while unknowingly dying from cancer, while repeatedly going in and out of the hospital, prior to diagnosis. My focus on my studies pushed me through the pain, keeping me alive. He is my superhero because while fighting cancer, I fought for my career from my bed, too weak to even walk to the bathroom on my own, most days. He is my superhero because his indomitable spirit, his humility, his, grace, gave him courage and strength. Filming movies while fighting cancer is a conquest against a formidable foe.

What has me in awe, is that while undergoing rigorous treatments and surgeries, Chadwick portrayed historic heroes, iconic singers, and fought villains onscreen, in roles that were beyond physically demanding. What truly amazes me, is that he did all this, while fighting one of the most relentless villains anyone can ever face in real life, Stage 3, and then Stage 4, colorectal cancer. A villain too many of my friends and I have faced and know all too well.

Like Chadwick, after being diagnosed, I too fell silent, I too demanded privacy, telling few people, and swearing them to secrecy. Maybe it was just him being a private individual, maybe it was fear, maybe it was shame. Who wants to say I have cancer in my colon or rectum? Who wants to talk about poop? Who wants to discuss some of the symptoms like gas, bloating, diarrhea, blood in the stool? Who wants to walk around telling people to go and get a colonoscopy, or look at their poop every time they go to the bathroom and note any changes in bowel habits?

In his death, Chadwick became an advocate. His death has raised awareness of this silent killer. He has become the face and a loud voice for people like me. In his death, he is screaming from the mountaintops. In his death, he has fanned the flames within my heart, and given me even more energy, passion, strength, and fire to fight his foe on his behalf and for others. He has ignited a spark that must become a flame. A blazing wildfire of advocacy that saves lives. It is what Chadwick would want, what he aspired to do with life, a part of his legacy, and we must honor him in his mission, our mission, to inspire others.

What will I do now that my superhero has died? I am going to do what anyone would do in my position. I am going to continue his fight in his honor, I am going to scream louder. I am going to be more open to sharing my story and helping others to beat this monster! I will advocate and protect others from this monster. I will avenge his death. I too will save lives. Chadwick Boseman will not die in vain! 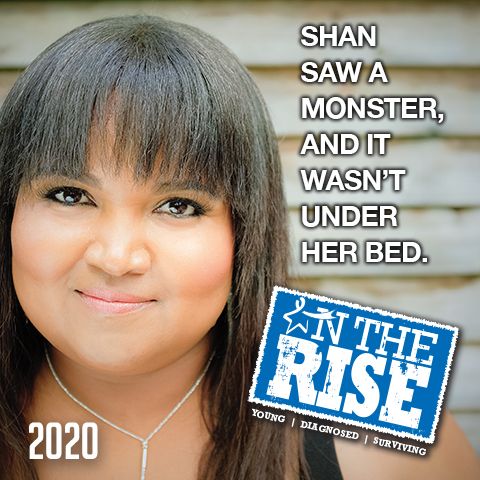