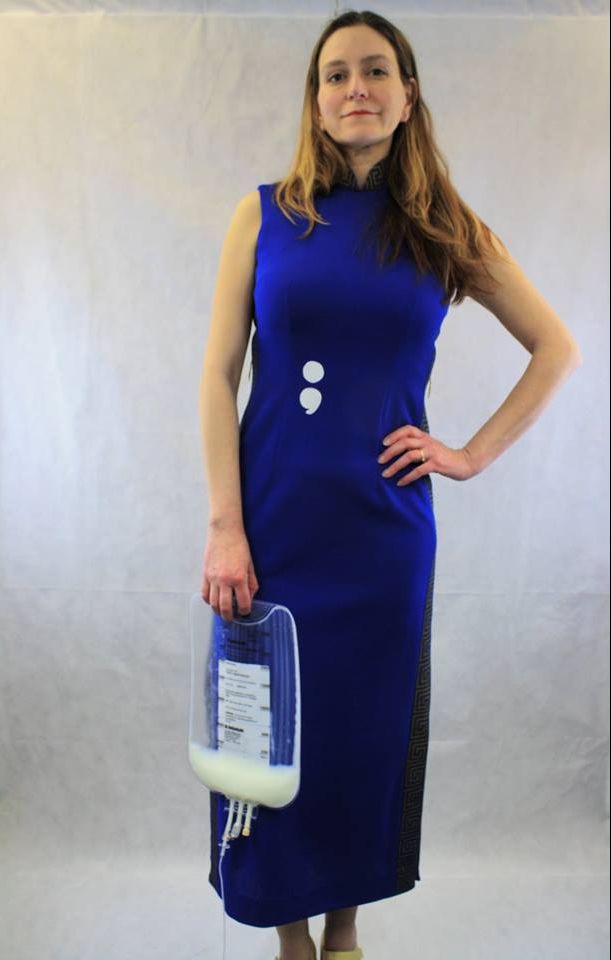 My life was forever changed by being a part of the Colondar. Up to that point, I had not met any survivors my age and it was hard to find anyone my age that had colon cancer. There was an instant bond in the Colon Club because everyone knows exactly what you are going through when you have felt so isolated and alone. I have participated in various advocacy events over the years. Due to the business of graduate school and life I haven’t been able to do as much as I used to but have always been very outspoken and open about my story.

I was diagnosed with PT3, pN1c stage colon cancer and have had 2 recurrences since I was in the Colondar. I had the burrowing kind of colon cancer versus the one that spreads throughout the body. While some may say I was “lucky” to have the burrowing kind, I was not lucky where it spread to. I was cancer free for 2 years before a routine screening found that my original cancer had spread to my pancreas. Almost to the day when I found out my cancer had returned, I also found out that I was accepted into Carnegie Mellon University School of Drama for Costume Design program. I thought that by that point I was out far enough from treatment to continue with my life to fulfill a lifelong dream of going to Graduate School. I was one month out of my 3rd cancer surgery and chemo/radiation when I started Graduate School. It was anticipated I would possibly need a Whipple procedure to take out the tumor. My surgeon was able to peel the tumor off my mesenteric vein and take a small wedge out of my pancreas. A resident told me what happened when I was waking up from surgery that they took a wedge out of my pancreas and I said, “I got a Wedgie instead of the Whipple!” She laughed and said, “I’ll come back and tell you what happened again later.” She thought I was out of it from the pain and anesthesia medicine but that is my normal sense of humor! I don’t think without it I would have made it this far without it!

I was doing ok for a few months before I started having increased diarrhea late during spring semester. Usually my body goes back to its ‘new normal’ after recovering from surgery. I knew something just wasn’t right as I shouldn’t have been having that much diarrhea that far out from surgery. A scan that summer showed my cancer had come back in the same spot. I was very adamant about going back to graduate school and thankfully I only had to do chemo for a shorter time. I probably would not have made it if I wasn’t so determined to go back to school, and I think that determination probably saved my life.

By the time that I got into surgery my intestines had already been dying off from the tumor cutting off the blood supply to my small intestine and it was much worse than they anticipated. My surgeon told me before I had surgery I would, “have a little bit or a lot of diarrhea afterwards.”  I went into surgery on a Friday, and I woke up on the next Thursday. I was in a medically induced coma for 6 days and had 3 surgeries in that time. The tumor was wrapped around the mesenteric vein this time. My surgical team tried to save it, but the vein grafts failed, and they ended up having to take most of my small bowel out leaving me with only my duodenum and what was left of my colon from my first resection. My surgeon pointed to an IV bag and said, “This is your food from now on.” I am now on what is called total parenteral nutrition (TPN) because I do not have enough gut to properly absorb food or liquids. I am known to be very stubborn and was also a big foodie. I thought, “No way am I NOT going to eat!” It took me a year to retrain myself to eat. I call it my “expensive hobby” as I do not absorb the food, but the benefits are saving my liver and keeping away other depilating side effects.

There are some doctors that would have not saved patients to go on TPN and think that it is no life at all. Graduate school is always a challenge, but I managed to earn my degree in Costume Design while being on TPN and only took one semester off to recover from surgery. I truly believe having that goal saved my life as it got me into surgery faster and I could have very well been taken over the depression that I sank into right after surgery thinking my life was over. Graduate school gave me a goal and something to look forward to that I wanted to get better for.

When I graduated, I went to work at Northeastern University where I went to undergrad to be their Costume Shop Manager, Patterning Professor and also did some costume design work. While I was there I joked with my work study students, “Hey! Do you know any straight and single guys around my age?” One of my students had an art professor named Ben, around my age, that she thought fit the bill! We celebrated 7 years together on St. Patrick’s Day 2021! Our family consists of two 4 legged furry kids. One a crazy and sweet dog that is ¾ pug and ¼ Jack Russell Terrier (Jug) named Brianna, and one sweet laid back rafter climbing barn cat from my family’s farm in Indiana and his name is well…Indiana.  Ben is the love of my life and none of this would have been possible if I didn’t have doctors that fought to keep me alive and put me on TPN. I eventually ended up having to leave my dream job at Northeastern to focus on my health, but I still prefer this slower life to no life at all! I can do most all the things I did before, but it just takes more planning and a lot more medical supplies to do it!

I celebrated my 10 year cancer free anniversary in 2020 which is something that I could not have even thought possible when I was first, second or third time diagnosed.  I wish I had the answers that some people so desperately want but I don’t have any. I honestly don’t know how I’ve made it this far. It’s having a good support system of family, friends, and faith, then a medical team who are experts in your type of cancer and the area that it is in and finally having one sarcastic sense of humor! 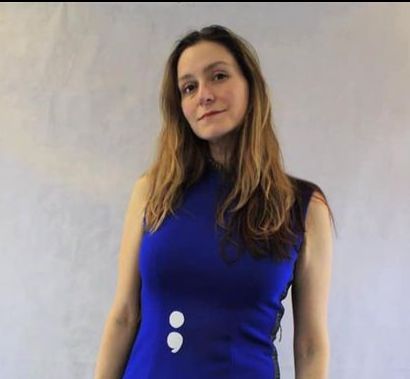