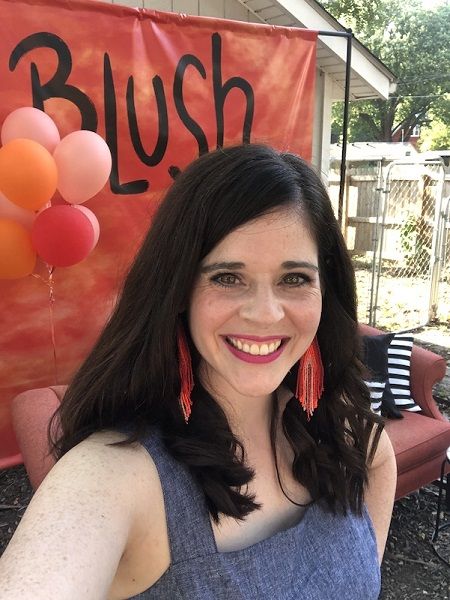 When I look back over a decade of advocacy, the spark that got me started was the photo shoot for the 2009 Colondar. Up until that point I had not shared my story so openly, and it's truly led to what I do today.  Being part of The Colon Club literally changed my life.

Less than a year after the photo shoot, I was diagnosed with my second colon cancer. I was 25. It was during a routine colonoscopy that my doctor discovered it, and fortunately, we caught the cancer at stage I. It was scary to undergo surgery again, and another diagnosis but having a community behind me changed a lot. Not only did I pin every model's Colondar picture to my hospital wall as strength to keep going, I leaned on my fellow models for advice. Some of them had also undergone the surgery I went through, and I got everything from meal ideas to bathroom tips from them. It helped me cope during such a traumatic and life-shattering time.

As a two-time survivor who later found out that I have Lynch syndrome (my gene was reclassified by the lab and I was notified I had the disease 12 years after I was first diagnosed), colon cancer soon became a part of my everyday life. I had once imagined a life where my survivorship would fade into the distance as a part of my life story that eventually took a back seat. But after facing cancer a second time and feeling the support of the community, I wanted to stay involved. I knew there would be others to come after me. Each relationship I formed with someone who could relate was healing not just them, but also me.

I joined The Colon Club's board of directors for a few years and began returning to the photo shoots at Lake George so I could write the stories and press releases for each of the new models. A year after facing my first colon cancer at age 17, I went to college with the dream of studying public relations and working for a cancer nonprofit one day. It was a joy to give back in this way. For my 30th birthday, right before it retired, I brought The Colossal Colon to Kansas City. When the local news covered it, the story got syndicated around the world. Around this same time, some of my Colon Club friends told me about Fight Colorectal Cancer, another colon cancer organization that had a focus on advocacy and policy. Their goal was getting survivor voices at tables where decisions impacting their lives were being made. I was intrigued and I connected with the team, which turned into what I do today. Over the past several years, I've helped Fight CRC launch awareness campaigns that have been highlighted in places like the White House and Times Square. Many of the dreams I had 20 years ago are still coming true today.

Not only had I dreamed of working in communications, but I hoped to start a family. That dream came true in 2011 when we adopted our daughter Mae. I also dreamed of writing a book about my story; my memoir Blush: How I Barely Survived 17, was published in September 2020.

Never could I have imagined that the shy girl who timidly stepped in front of Mark McCarty's photo backdrop in the McMaster's garage and hesitantly lifted up her shirt to show off her scar would become the outspoken advocate and author I am today. I've had a lot of amazing experiences over the past several years, and I will always point it back to the day I got the call from Molly telling me, "We want you to be in our next Colondar" as the moment this all got started.