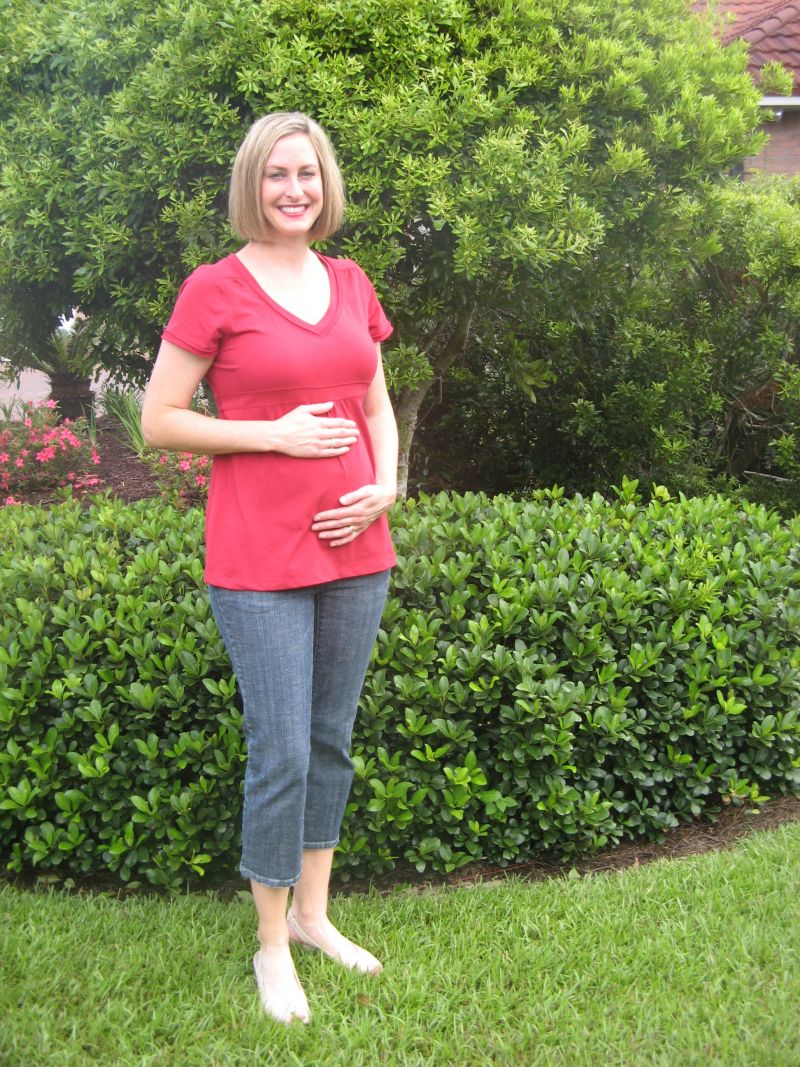 My path to motherhood was not a direct one. It was a long, winding road that was a journey in itself.  It was full of hope, disappointment, uncertainty, perseverance, & many tears shed along the way. It started in 2003 when I was 29 years old. I had been happily married to my husband, Mark, for 2 years at the time and we were living in Germany for an Air Force assignment.  Right after we began to have dreams of starting a family, we were literally stopped in our tracks with my diagnosis of stage III colon cancer. The focus immediately shifted from our dream of having children to fighting for my life. In an abbreviated version, we left Germany and moved back home to Ohio where I had a resection removing one foot of my colon.  Then, I completed 6 months of chemotherapy.  Upon completion of my initial treatment & many obstacles along the way (my story can be read online under the April 2009 Colondar section of The Colon Club), I once again had hopes of a bright future to include children and having put the cancer behind me. But, the reality was that motherhood was nowhere in sight and neither was an end to battling colon cancer.

At my first set of scans post-treatment, I was told the cancer had metastasized to my lower left lung. I was now classified a stage IV and in complete and utter disbelief.  I went on to endure a lung resection and then started a stronger chemotherapy treatment shortly thereafter. As Mark and I processed this news, we were devastated. I asked about the possibility of having children down the road, but no promises were made by my doctors. I had some strong drugs that would be introduced into my system and there were no guarantees my eggs would survive. In the midst of the dark cloud looming overhead, we decided to move quickly to see a fertility specialist and see what our options would be to preserve our hopes and dreams of having children one day. Our ultimate decision was to go through the beginning process of in vitro fertilization. I would like to stress at this point, that this is not something I would recommend if time is of the essence in someone's treatment plan. We had enough time during the post-surgery recovery period before my chemotherapy treatment to allow for this and we were under close guidance and supervision of several specialty doctors during this time. Our end result was that the in vitro fertilization was successful in producing several viable embryos to be frozen.  We were beyond grateful for the help and guidance from many medical professionals during that time, but most importantly The Great Physician himself. Going through in vitro fertilization proved to have some challenges of its own, but it was a bright light and gave us great hope in that dark and scary time.

After recovery from my lung surgery and the in vitro fertilization, I started a stronger chemotherapy treatment & battled through that for another 6 months. I'm not going to lie, it was rough. I honestly didn't give much thought to my future children as my motto really became "step by step, day by day." I battled through & never would have made it without the help of Mark, my parents, family, some dear friends, and the company of our sweet, loyal kitties.  As I finished treatment once again, I was cautious to hope and dream. I lived day by day trying to look forward, but that's about all I could do.

It was 2005, and it was now 1 1/2 years after my initial colon cancer diagnosis. I had made it past 30 years old & that seemed like a milestone in itself. I continued moving forward with my scans & wondered what I should be doing next. I felt like I was in limbo as I was no longer going through treatment, but still being tested every few months. It was very isolating at times to not have others around me who truly understood what I was going through. I had attended support groups for young people for a period of time but that became hard as several of the people in the group were dying and the other younger colon cancer patient that I had met at my doctor's office had died as well. It was a hard time. I then started attending a post-treatment survivor's group, but it was lots of older people and I just couldn't relate. So, I guess you could call me a support group "drop out." Remember it was 2005, so there was no social media to connect with others online.  I ended up finding purpose in volunteering for several different organizations including some colorectal cancer advocacy work and did this for years. It gave me the purpose I needed and helped me to keep looking forward.

As the days turned into months and the months into years, I continued living life one step at a time. Then, I finally began to dream a little once again as I saw my friends having babies. I truly was so happy for my friends, but it was so hard. My dream was on hold and I only hoped it would still become a reality one day after all my body had endured.

At the end of 2007, one of my dear friends, Nicole, told me about The Colon Club and a calendar of young survivors called The Colondar that she had found online. I looked it up and remember tears streaming down my face as I read the stories of other young survivors. I was amazed by all of them and could relate to so many of their stories. After much debating, I decided to apply for the Colondar. I was absolutely thrilled and so honored to be selected as the April 2009 Colondar model.  Being a part of The Colondar was truly a life-changing experience. The moment I arrived for The Colondar shoot, I immediately felt a sense of normalcy when I met the other survivors. This was something I had been searching for since my diagnosis and needed so desperately. The other models gave me great hope in survivorship, and it was empowering to be in their company. I could never thank Molly, her parents, The Colondar crew, & the other models enough for how they made an impact on my life that weekend.  I am forever grateful! Moving forward after that weekend, it gave me hope once again in seeing that there is life after cancer.  These other young survivors had families, careers, traveled, and lived active lifestyles.  It was just what I needed to dream of a future once again!

By this time, we had moved to Utah and I had inquired about having children with my Oncologist there. He flat out said I should wait until 5 years out from completing treatment and being cancer free because I wouldn't want to have children and not be there to watch them grow up. The words stung as he said them, but he was right. We needed to wait.  As time went on, my scans and check-ups grew farther and farther apart. And, I was nearing my 5 year cancer free time. Mark and I continued to hold onto our hope of having a family and decided to see a fertility specialist in Utah for discussing our options regarding our frozen embryos. We were advised to try and conceive naturally instead of pouring more drugs into my body that would have been necessary for me to carry the embryos. We gave it great thought and decided to try and conceive naturally as recommended.

How blessed we were to successfully conceive soon after and through the grace of God welcomed our first daughter into the world in December 2009. We brought her home from the hospital on Christmas night and I rode home next to her car seat in the backseat of the car.  I remember just staring at her.  It seemed like a dream, and it was.  It was a dream that finally came true. Almost 9 years into our marriage, Mark and I started our family and our daughter was the most beautiful and amazing gift we had ever received! As we basked in the joy and wonder of having a newborn, our hearts were full! Time flew by over the next 2 years, as we moved 3 more times for military assignments. I continued to find new doctors at each new location to continue my check-ups and scans as a survivor.  Simultaneously, our sweet little girl was growing up so quickly before our very eyes.  In the summer of 2012 as she turned 2 ½ years old, we were beyond blessed once again to welcome our second beautiful daughter into the world (conceived naturally as well). It was an extremely hard time as my dad had just passed away unexpectedly exactly one month before she was born, so she was a true blessing and much needed joy and hope for us all. After her birth, our family felt complete, and our dreams had become a reality!

Although my journey to motherhood wasn’t on my timeline and didn’t happen at all how I had planned, it was orchestrated in a much more amazing way than I could have ever fathomed.  I am grateful and I am still in awe.  As I sit here typing this up, it feels like a full circle moment.  Last summer, we moved back to Ohio where we started this journey back in 2003 (having moved 12 times including overseas during that time).  I can hardly believe I now have two beautiful children and have been married coming up on 20 years, let alone, the fact I am now far from 29 years old! Time has flown by and has indeed healed many of the wounds. The physical pain and many vivid memories of my cancer battle have subsided, but I won’t ever forget it all.  Cancer doesn’t define me, but it is part of my story and who I am, and I can’t say I still don’t shed a tear here and there over it all. I'm only human but I can say the battle was worth it. Every step, every tear, every bit of pain, everything I went through to get where I am now, because today my two greatest blessings and miracles in life call me mom.