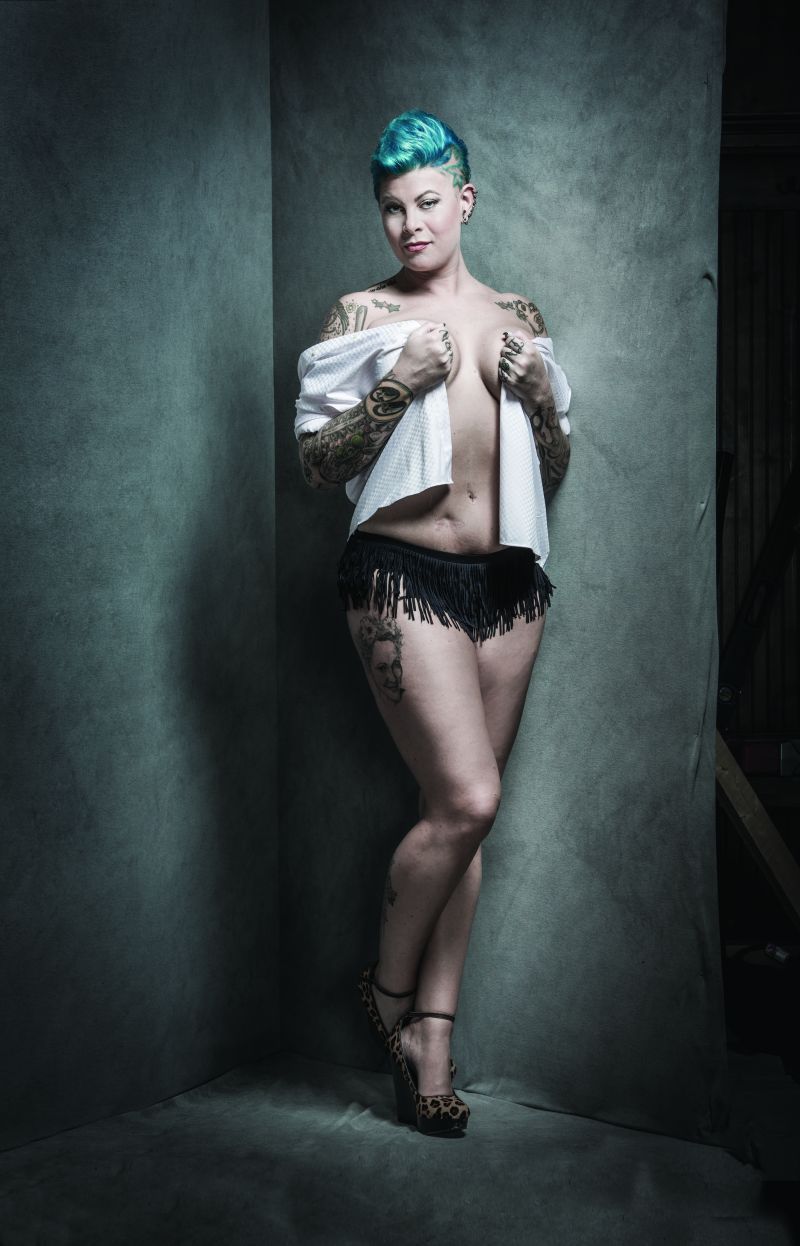 Active and athletic in high school, Tara Principali was used to eating whatever and whenever she wanted. But when she graduated and started working a desk job at a bank, she gained over 140 lbs. by the time she turned 23. Her mom worried Tara would have a heart attack before she was 30.

Hearing snide comments from friends and family about her second and third helpings when everyone else was done eating—and finally seeing a side angle picture of herself in a bathing suit—Tara knew she needed to make some changes.

For a couple years, she worked out a gym; a perfect mix of cardio and heavy weight training made her stronger, but she still hadn’t lost the weight. It wasn’t until she changed her eating habits that her body began to change. It took five years of working out and eating right for Tara to lose 130 lbs. She rewarded herself with a tummy tuck, hired a coach, and after 15 weeks of training and preparation, she took the stage in her first bikini bodybuilding competition.

After a divorce and a job change, Tara gained access to health insurance and scheduled a much overdue physical. She casually mentioned to her doctor she was experiencing some constipation and passing bright red blood. Her bodybuilding coaches had told Tara these symptoms were due to workouts and eating more protein and fiber than she was used to, but her physician was very concerned and referred Tara to a gastroenterologist (GI) specialist. Two weeks later, Tara had a colonoscopy, which revealed polyps; biopsy results confirmed colon cancer. The GI, who has become like a mother to Tara, called her at work to deliver the news.

“If I had been diagnosed with colon cancer when I was at my heaviest weight, I think I would have given up,” says Tara. But at 30 years old, she was in the best shape of her life—eating a clean vegetarian diet, maintaining a healthy weight, working out five to seven days a week. She wasn’t drinking, smoking, or doing drugs, and she had no family history of colon cancer. The Stage II colon cancer and Lynch Syndrome diagnosis shocked Tara. It also inspired her to keep living a healthy lifestyle.

“I want fitness to be a major part of my life because I think it saved my life. It’s my outlet. The one thing I can control,” she says. “I can’t control if cancer comes back, but I can control what I’m eating and my workouts. I have this competitive and controlling nature; fitness is the only thing I can control.”

After a partial colectomy and temporary ileostomy, Tara was considered in remission. She didn’t have to undergo any chemotherapy or radiation, since her colon cancer was caught fairly early at Stage II. However six months after her ileostomy reversal and J-pouch surgery, Tara’s digestive system started “acting up” again. She went back to her GI who ran a series of tests and diagnosed her with Crohn’s Disease. Tara’s hemoglobin was only 5.1 (normal is 12 to 16); she was missing 60% of her blood. More tests to find the cause of the blood loss revealed her small intestines were “littered with Swiss cheeselike ulcers,” a symptom of Crohn’s Disease. Tara had an emergency blood transfusion followed by weekly iron infusions to jumpstart her body into producing its own blood.

It’s difficult at times, but now she works with her doctors to manager her Crohn’s Disease. A fantastic team of doctors follows her since she is at high risk of reproductive and other cancers due to the Lynch Syndrome. She plans to have a prophylactic hysterectomy before she’s 40. Tara is living a new “normal.” She has to make several trips to the bathroom each day, but continues with a vegetarian diet and regular workouts.

“I have a new outlook on life and it’s one that I would really like to share with anyone else who is struggling. I want to urge people at any age, any health shape, and every walk of life to get tested if they have issues or a family history,” she says. “I don’t think anyone at any age should have to deal with all of this, but I feel as though I became mentally and physically in the strongest state of my life for a reason. I feel it saved my life!”