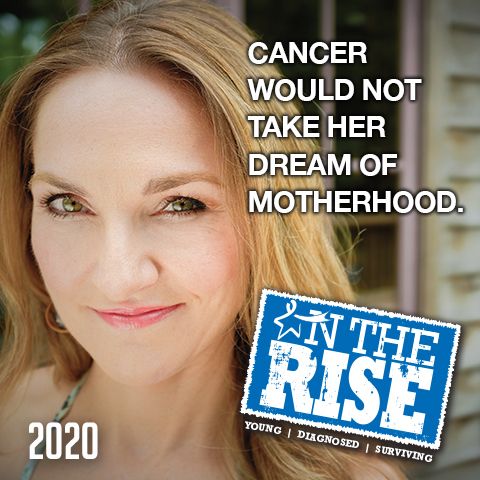 Michelle Muse was born in Los Angeles and grew up in Visalia, CA. After graduating high school, she went to UC Davis where she studied Food Science. At 21, she had light symptoms of bleeding and went to the medical clinic at the University and was told she had hemorrhoids. She was given some cream which didn’t work, but she was too embarrassed to go back so she ignored the symptoms. Like many people under the age of 50, Michelle was not aware that her family history and symptoms could indicate colorectal cancer. She knew her grandmother passed away from colon cancer in her sixties but didn’t think it happened at a young age. Life continued with Michelle obtaining a M.S. degree in food science from UW-Madison, moving to Los Angeles and eventually to Denver, Colorado, where she lives now.

While Michelle was back in California visiting family for Christmas, she had massive rectal bleeding. She went to the hospital but was repeatedly turned away from the ER after a light exam. She was told to go home and get it checked out in Denver. Michelle bled so much over the next few days she was passing out in the shower. While checking in for her flight at the Fresno airport, she passed out at the ticket counter and they called an ambulance. She was taken to a hospital and was later diagnosed with rectal cancer. Michelle remembers sitting in her hospital surrounded by her entire family staring at her as the news set in. “I was mortified, embarrassed and felt loneliest in that moment.” Michelle was sure she was going to die since she had ignored the symptoms for so long. She was 27 about to turn 28.

Michelle’s family supported her from day one. She stayed with each of her parents; and, luckily, her brother researched and found a doctor at UC Irvine who was able to treat her. She discovered she had stage III rectal cancer and three lymph nodes were involved. She received five weeks of chemoradiation followed by a surgery for a temporary ileostomy. After healing for six months, which included an abscess and lots of antibiotics, Michelle had her ileostomy reversal surgery. She then took the oral chemotherapy, Xeloda, for six months. Michelle turned to Colon Talk, The Colon Club’s online forum for support, to seek out others. She made friends in Portugal, Georgia, and locally in Denver. It made her feel less alone. She is happy to report she has been cancer free ever since. Sadly, as a long-term survivor, Michelle has had three friends pass away from colon cancer - Rodney, Mishelle, and Jill. She feels lucky to be alive. Michelle now says, “I just want to give others hope as at the time I felt like I didn’t have a chance.”

Generally speaking, when young adults are diagnosed, the focus is rightfully on saving the patient’s life. However, in discussions on quality of life following treatment, one important topic that is commonly missed is infertility resulting from life-saving treatment. Even when infertility is mentioned, there is often not enough time to preserve and freeze eggs for future family planning. With the drastic rise in cases of colorectal cancer in young adults, more and more doctors are recognizing the importance of family planning to their patients. As a result, discussions regarding infertility have become more commonplace. Unfortunately for Michelle, there was no time to save her eggs before treatment began. Michelle was told at 28 she would never have her own children which was extremely upsetting. She thought she had completely accepted her infertility, but twelve years after her last surgery she realized she had not truly come to terms with being childless. Michelle wanted to be a mother; and, even if she couldn’t have the three children she originally hoped for, she could still be a mom.

After seeing her friends have children through surrogacy, Michelle spent six months researching surrogacy abroad to see if it was an option for her. Michelle’s surrogacy was a little different than others because she had to use an egg donor. Michelle’s desire to be a mom and her persistence in making her desire a reality shows there are other possible paths to parenthood for others affected by infertility caused by cancer treatments. She recently had a baby girl via surrogacy in Ukraine and she states, “It was the best decision I have ever made.”