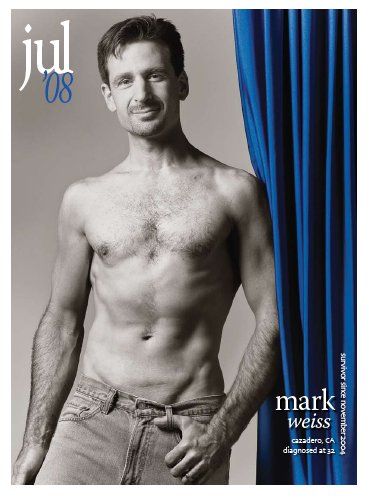 For the previous year I had been feeling run down.  I attributed it to all of the hard work it took starting up a new bakery business with my wife in an abandoned restaurant on 3 overgrown acres of California’s coastal wine country.  I was also fixing up the dilapidated old cottages and figured that I might be getting burned out.  It seemed strange to me since I loved everything about my life and have always had a passion for living that gave me tons of energy.

Then I was hit head on by a truck that January.  After that I just assumed my fatigue and other symptoms had to do with the trauma from the accident.  Then my bowel habits began to change; inconsistent regularity – going from once to eight times a day, occasionally with some blood.  Then the stool became smaller.  I had myself half convinced that I had become lactose intolerant, which at the time I thought was a cruel fate for a baker committed to cream and butter.

But when the blood started to become more regular and in larger quantities, I asked my doctor about it.  He checked it out with a tube and a flashlight and said that it might be hemorrhoids.  I was so young and healthy with no family history, it was unlikely anything more serious.  But he was cautious and suggested increasing fiber in my diet and checking back if it didn’t get any better in the next month or so.  It didn’t, so I saw him again and was told to try increasing the fiber some more and to get back to him in a month if it didn’t improve and then he would schedule a colonoscopy to be safe.

Of course, through all of this, life still kept happening.  We were being blissfully happy newlyweds and had decided to try and start a family.  And so, in the middle of all of this, Elizabeth became pregnant. With the chaos of a new business, a newly pregnant wife, physical therapy for my injuries, taking child birthing classes, trying to prepare for a new baby in a one room apartment above the bakery while still doing everything possible to enjoy each other before our daughter arrived, it was almost a year after my first doctor’s appointment before my scheduled colonoscopy.

As luck would have it, we had to have a C-section because our child was breach.  And the only opening possible for my colonoscopy was two days before the C-section.  But I figured, I really want to rule this out and stop worrying about it, so I didn’t cancel, went in, paid the steep insurance co-pay and blissfully drifted off to sleep.

My Mom was driving up from Los Angeles for the birth of her first grandbaby.  I saw her first.  She was trying so hard to smile and look strong, but I could tell that something was terribly wrong.  Then from face to face, I saw the nurses and doctors, and they made no effort to pretend that I was OK.  They showed me some color photographs of a large growth 12 cm up that was nearly obstructing.  They said that it might be cancerous but that they had to send it to the lab for confirmation.

The next day was one of the longest of my life.  Just waiting for that call.  Walking around town with my 9-month pregnant wife and my Mom, trying to focus on the magic of having a baby the next day.  I called my doctor since he had gone over during the colonoscopy when the tumor was found.  I remember him telling me that sometimes cancer can be a great gift.  For some people it can be a wake up call to take a real look at themselves and their priorities.  It can lead to them leading fuller lives and following their dreams.

It was so hard to hear.  I needed no wake up call to appreciate my life.  I often told Elizabeth that my two favorite times of day were going to bed next to her every night and waking up next to her the next morning.  Every night thanking God for another wonderful day being alive and with a wonderful woman I loved more every day.  And every morning awakening feeling so grateful at having another day filled with so many blessings.

As to following dreams, I needed no help there. I quit a rewarding and high-paying job in corporate finance in Silicon Valley and sold everything I had to be able to barely afford an abandoned restaurant in Sonoma County to open a bakery in the middle of nowhere to pursue our long-term dream of a bakery & B&B.  In college I would swing dance 5-6 nights a week until 2am and then row crew for UCLA at 4am because I loved it all so much.  I gave up every job lead I had in California after completing my business degree in Illinois because after knowing a woman for only 8 days, I believed that she might be the one.  So I forewent the interviews and put my professional life on hold because if I didn’t find out if Elizabeth was the one, I would always regret not taking the time to find out.

There has never been a time in my life when I have not followed my dreams.  I did NOT need cancer to teach me that lesson. So I get the call after 7pm to come see the surgeon.  So there we all are, my very VERY pregnant beautiful wife, my Mom, who had just lost Dad not even two years earlier to mesothelioma, the surgeon and myself talking about how I’m looking at stage III or IV rectal cancer.  Surreal and crushing doesn’t begin to cover it.

He goes over a cursory review of the tests to be done and the standard treatments.  I have my wife and Mom leave to ask him some of the harder questions.  Then I drive us to the store where I pick up some rib eye steaks and veggies.  Then I go home and cook my family a hearty dinner to help sustain us through what was to come.

On the way to the hospital I stop to get my blood work started.  Then laughing and joking in hospital gowns to take our minds off of everything.  Then we’re in the operating room.   I’m cutting the cord and holding my daughter.  My beautiful full haired plump and roly-poly Michelin baby daughter.  Her rolls had rolls.  She recognized my voice and I felt so blessed and lucky.  Sigh.

Over the next few days Elizabeth remained in the hospital and I tried my best to be a supportive and happy father and husband, taking pictures to email to all the friends and family and getting Elizabeth whatever she might need and taking care of Ella so that she could recover from the surgery.  Meanwhile I was researching treatment options, getting CT scans, talking to multiple oncologists and radiologists, and, my favorite of all, trying to light a fire under the insurance company to OK it all.

A couple of my great high school friends came up and helped me to keep Elizabeth company and keep the focus on her and the baby.  They were great in shopping for decorations for the baby’s homecoming to the bakery and helping wherever they could.  But, of course, they could only stay for a short time before their own families and work obligations could be ignored no longer.

It was hard with no family or close friends around.  Some people in the community were very supportive, but there was only so much that they could do.  I could sense Elizabeth being overwhelmed and tried to talk her into taking Ella to Chicago to be with her family while I went through the treatments in the city, but she soundly refused.  I could sense her distancing herself from me.  We talked about it and she said that it was what she had to do to survive.

While researching my treatment options I made myself eat to try to put on weight and went on many runs.  On these 5-mile runs I would pray and try to come to grips with what I should do.  I finally found clarity and peace through my prayers.  I knew the following:

I fought hard to get involved in a clinical trial.  It started with the standard of care, a cocktail of 5-FU, leucovorin and oxaliplatin, but then boosted the frequencies of the chemotherapy.  They would pickle me silly with chemotherapy while giving me radiation 5 days a week for a couple months to try and shrink down the tumor.  Then surgery.  Then more chemo.  All in all a year of joyous science.

I thought that I knew what was coming because I had seen some people deal with chemotherapy.  I was in such denial it wasn’t even funny.  I actually thought that it would be a great opportunity to spend quality time with my new daughter, catch up on some reading, and explore San Francisco with Elizabeth and Ella while staying in the basement bedroom of friends in Twin Peaks.  A forced multiple month vacation in San Francisco, if you will.  Could be fun.

The level of my denial can be summed up in my actions the evening after my first set of chemotherapy and radiation.  I was feeling a bit down and wiped out, and Ella needed diapers so I decided to walk to the store a couple miles down the hill to get them.  And, if I’m going to go, I might as well turn it into a run.  So I ended up running over five miles through the hills of San Francisco, carrying a jumbo pack of diapers (hey, they were on sale, OK?), getting lost and finally getting back to our friends house, saying, “I don’t feel so good.” then collapsing downstairs.

I did not know you could feel so sick and still remain alive.  By the end of the two month regiment, getting radiation 5 days a week, Xelota twice a day every day and Oxaliplatin once a week, I couldn’t sleep for more than 15 minutes at a time with the pain and nausea.  The last few weeks, the radiation burns inside and out caused me to stuff a towel in my mouth every time I had to go to the bathroom so I wouldn’t wake anyone up.

Then six weeks for my body to recover before the surgery.  Then a few more weeks before they started in on the chemo again. Finally, it was over.  I was still weak and had some days where it was harder than mile 22 in a marathon to simply get out of bed, but it was over.  I felt as though God had carried me through the greatest challenge of my life.