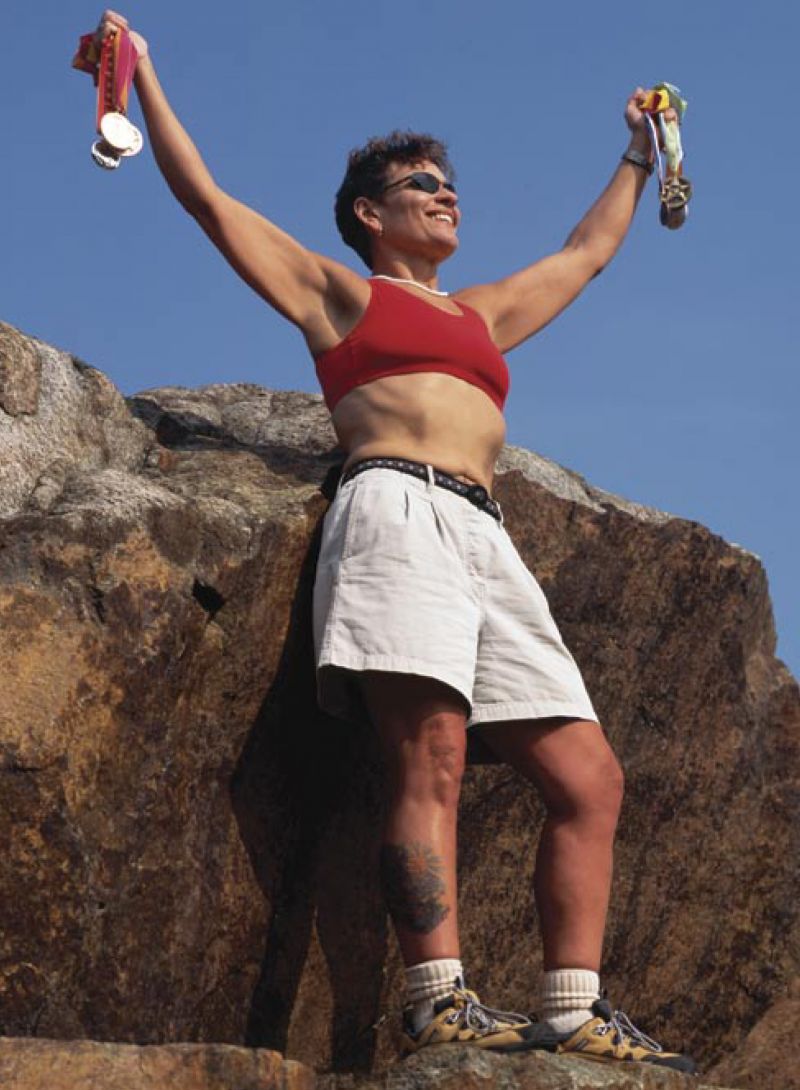 Maria Timiraos has always led the kind of life that every doctor likes to hear about. She eats a healthy diet, doesn’t smoke, drinks occasionally, and gets lots of exercise. She also hikes and is an award-winning cyclist, having won gold, silver, and bronze medals in the Gay Games.

Hemorrhoids are somewhat common for cyclists, so Maria wasn’t alarmed the first time she saw blood on her toilet paper. The bleeding came and went, but she didn’t pay much attention until it started happening more often. When the blood changed consistency, she finally went to her general practitioner, who suggested that she get a colonoscopy.

After her colonoscopy, the doctor told Maria that she had a tumor in her rectum and needed to talk to a surgeon right away. She had surgery a month later, and was diagnosed with stage II rectal cancer. Maria’s doctors recommended radiation and chemotherapy, which she began shortly after surgery. Radiation damaged her internal organs and the chemotherapy made her sick, but she finished treatment and returned to work.

Maria has been cancer-free for over two years and is a strong advocate of complementary and alternative therapies. She takes homeopathic and nutritional supplements, and sticks to a strict diet. She lives with her partner of 18 years and is back on her bike.