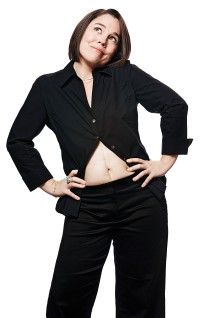 My first sign that something might be wrong was when I noticed some blood when I went to the bathroom.  “Probably just a hemorrhoid,” I thought.   I knew though that blood in the stool or urine was something that should be brought to a doctor’s attention.  When I saw my doctor months later with no reoccurrence, I mentioned it in passing and he concurred it was probably a hemorrhoid.

In July of 1997, I started a new sales job that required a lot of travel.  I started noticing that sometimes after I flew, I’d have some constipation and a little blood on the tissue.  I was so busy working and traveling that I figured the new schedule and travel was throwing my system off and causing the hemorrhoids to act up.  Even so, there were months between symptoms and each time I’d write it off.  I figured if it was something serious, I’d have other symptoms or it would be happening more frequently.

Fast forward a year to July of 1998.  I had just returned from a trip to Yellowstone and Glacier National Parks with my coworker Julie.  We’d had so much fun hiking and white water rafting, but after a summer off, it was time to get organized and make plans for the national sales conference.  I made what turned out to be a fateful decision to visit my parents in Florida on the way to NYC before the conference.

A couple weeks before I went home, I had a bowel movement that looked like it was marbled with blood.  “Whoa,” I thought, “that does not look right!”  I called my mom and had her make me an appointment with her gastroenterologist.

The gastroenterologist told me she could see the blood but couldn’t see the source and that she’d like to do a colonoscopy on Monday.  I didn’t want to spend my vacation drinking bowel cleanser and doing a colonoscopy but her caution saved my life.  I was so nervous and dehydrated on Monday that they had to stick me 6 times to get an IV in.  They finally used a baby needle on my foot to get a line!  My mom had assured me that when they woke me up the nurse would tell me right away if everything was OK.  Afterwards, still so groggy, I managed to ask the nurse, “Is everything OK?”  She replied, “The doctor wants to see you.”  Not good.  I got dressed, sat in the wheelchair and was pushed out to my mom.  Dr. Schwarz explained that they had found a lemon sized growth in my colon and they needed to remove it.   I was admitted to the hospital that day and I was operated on the next.  During the course of the surgery they resected my colon at the rectal sigmoid bend and removed a foot of my colon.  My surgeon removed every organ and checked them with a fine tooth comb.   They also discovered a small 2 cm. lesion in my liver and they resected that lobe.

I spent 10 days in the hospital recovering.  Needless to say, I did not make the national sales conference!  I still remember when the doctor came to tell me “the news.”  I was still just thinking it was a “growth.”  He told me that I had stage IV rectal sigmoid cancer.  I was so naïve I really didn’t know what that meant.  I asked how many stages there were, figuring there had to be at least 10, right?  That seemed like a good round number to me.  He gently told me there were only four.  “Oh.  Huh?! What?! That is so not good,” I thought.  He explained the treatment I would have, chemotherapy and radiation.  He gently told me that the radiation would go through my hip joints and would most likely effect my ovaries (in a side note, they later developed a method to raise the ovaries up higher so they would not be hit by the radiation, but it was too late for me).  I started to cry. I was only 31 and I still wanted the option of children left open to me.  He looked me directly in my eyes and said, “Your ovaries or your life.”  That may seem harsh to you but that was just the reality check I needed.   That statement put everything into perspective, my tears stopped and I began my journey to fight for my life. (I also had this crazy little image of a robber holding me up and saying, “Your ovaries or your life,” and somehow it seemed a little funny.)  I knew the odds were not good.  I can even remember walking the hospital floors with my mom and making plans for when I died.

I decided to move back to Florida from Texas for my treatment.  My wonderful employer, W.W. Norton and Company (an independent book company) arranged for me to work from home.  They kept me on salary but created a flexible situation that I truly believe allowed me to focus on my treatment and recover more quickly.

I had a double lumen port installed in my left shoulder (and yes my nieces really thought it was an alien under my skin!).  One week of every month, they hooked up a line to the port and I received my dose of 5FU and leucovorin.  When I felt nauseous, they’d add a round of Decadron.  I’d spend about 20 minutes hooked up and then I’d be off.  My side effects were pretty mild – I lost a little hair, a little weight, had mouth sores and an urge to know where a bathroom was at all times!

After two months, I began my radiation treatments.  I did 28 days of radiation and was switched to a pump for continuous infusion chemotherapy.  On the advice of a nutritionist, I switched to a low fiber diet to help alleviate the most common side effect of radiation: diarrhea.  While I avoided that fate, I found the regimen of radiation and chemotherapy to be grueling.  First thing in the morning, I’d head to the radiation oncologist’s office, undress, put on a gown, be called for radiation, lay face down on my mold (a custom mold to make sure the radiation always hit the “spot”), moon the techs for the 20 seconds or so of radiation, step down, get dressed and 30 minutes later be on my way.  By lunchtime it felt like a fog was pressing down on me and my energy was gone.  I’d sleep for a few hours, eat dinner and then be back in bed.  Fatigue, lack of motivation and finally radiation burn marked this time for me.    I finished up radiation before Christmas and went back to my one week on and three weeks off regimen of chemo only.

I completed eight months of therapy and experienced increasing fatigue as the treatment progressed.  The original plan was to complete 6 months of chemo but we added two more months on the “better to be safe than sorry” principle since I tolerated the chemo well.  My oncologist was pretty sure the cancer would return to my liver.  He prepared me for options I might need to take from radiation frequency ablation (RFA), cryosurgery or even a hepatic port to direct chemo into my liver.  He ordered an MRI at the end of treatment and it was clear!   I finished treatment in May 1999, spent the summer regaining my strength and then returned to work.

Over the years, I continued to be vigilant.  At first I had frequent CT scans of the chest and abdomen, X-rays of the chests and colonoscopies but this tapered off over time to annual CTs and colonoscopies every other year.  On August 17, 2008, I happily celebrated my 10 year anniversary.  I had my final CT, X-ray and a bonus PET/CT scan in January 2009 and all was clear.  I have been cancer free since my initial surgery and was released from my oncologist’s care at that point.  I continue to monitor my blood work and have a colonoscopy scheduled in early 2010.

I was always the youngest in the treatment room.  Although my oncologist assured me he was treating about 10 people in my age range, I only saw two people my age during the whole treatment and I felt like I was the only one my age with colon cancer.  I finally found a community online and “met” other people my age with similar diagnoses.  It was a relief to know I wasn’t alone and that someone knew and understood just what I was going through.  That’s why I think the Colon Club and, especially, the Colondar is so important.  Colorectal cancer under 50 is not as rare as you might think and it’s so important to have a community to fall back on.

I will forever be grateful to Dr. Rosann Schwartz who looked at a 31 year old female who was “too young” to have colon cancer and with no family history of colon cancer and decided to be cautious and test anyway.

I once asked my oncologist why he thought I had survived stage IV colon cancer when so many had not.  He said reverently, “You had a VERY good surgeon.”  So a very special thank you to Dr. Michael Nycum (sadly now retired) for taking good care of me and being so vigilant.

To my radiation oncologist, Dr. Bruce Nakfoor, your gentle and caring way helped me make it through the rough spots.  Thanks for the tattoos and do you think you can shred those photos your tech had to take for alignment (you know the ones I mean)?

And to my oncologist, Dr. Douglas Heldreth, thank you for never taking away my hope.  It was the best gift you could give me and it let me believe that if my odds were 1 in 4 that I would make it to 5 years, then there was no reason I couldn’t be that one… and, 11 years later, I am.