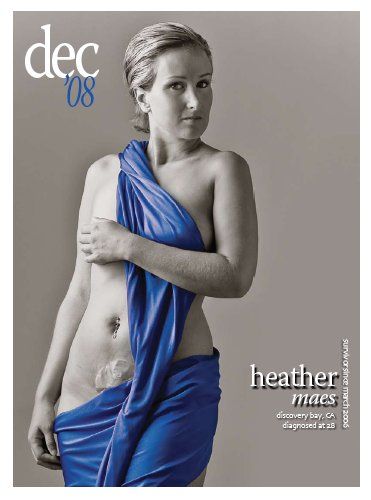 How did I find myself in this position? I hadn’t been feeling well for about a year before I was diagnosed.  I was experiencing diarrhea and blood when I would, you know, GO.  I decided to talk to my doctor about it, I was told that it was IBS and hemorrhoids and was told to take fiber and reduce my stress.  Yeah, right!  I am a single mother of 2! I don’t know what reducing stress is!  There would be days when I would have no bleeding and other days where I would have massive amounts of blood.  I kept going back in to see my doctor when the symptoms weren’t getting any better, but they told me that the excessive bleeding was from a rupture or a tear in a hemorrhoid.  I started to feel like I was going crazy or that maybe I was a hypochondriac.  It was getting close to summer time and I felt like it was time to get into shape for bikini season so I started trying to lose weight.  After I got to the weight where I wanted to be and I stopped trying to lose weight I noticed that it kept coming off.  I remember thinking that I must have hit the women’s jackpot and my metabolism had miraculously changed.  I could eat whatever I wanted without gaining a pound.  Yeah, reality set in and I realized that very few people are that lucky.  Something was wrong.

When I went back to the doctor, I finally was referred to a Gastroenterologist where I was told the same thing.  I worked too much and needed to reduce stress.  He did say that he would do a colonoscopy and endoscopy to give me “peace of mind.”  I sat in the prep room scared to death.  I was so scared that I was going to remember what they were going to be doing to me.  I just sat there and cried.  Finally it was time and the last thing I remember is looking at the TV monitor and the room started going fuzzy. As I was recovering, the doctor came to the curtain, pulled it aside and without coming in said, “We found a tumor. You have cancer.”  Well, the combination of news of that magnitude and coming out of sedation had me considerably upset!  I had to go home that night and face my children.  What was I going to say to them and not scare them to death?  They knew that I hadn’t been feeling well, so I told them, “I have good news.  The doctor found out what was making me sick, and the good news is that they can make me better.  But the bad news is that it is going to take a while and I am going to be sick before I get better.”

I began writing within the first couple of days after my diagnosis.  I had always enjoyed it and it gave me a way to express the emotional chaos that I was experiencing.  The next days were filled with scans, doctor’s appointments and fear.  I finally got my diagnosis.  It was stage IV rectal cancer with metastases to the liver.  I remember not wanting to cry when the doctor was telling me.  I kept telling myself, “Don’t cry.  Don’t cry.  Wait until he leaves.”  As soon as he left I freaked out.  I cried out that I was going to die.

I was set up to meet with a radiologist and he was HOT.  As I waited in the room with my friend, I see this really hot, sharp dressed man walking and I leaned over to my friend and said, “Please don’t let this be my doctor.”  But of course, he was, and of course, he wanted to do a rectal exam. Sigh…I never saw him again.  I refused to meet with him because I was too embarrassed!

With the whirlwind of all the doctor’s appointments I had a lot of friends and family calling, wanting to know every detail about everything, so I had an idea that I should start a website that they could go to and see when my next doctor’s appointment was and what happened at the last visit.  The idea grew somehow and I decided to give a no holds barred look at what I was going through.  I decided to call it “The Butt Ugly Truth About Colon Cancer.”  The local newspaper picked up on it and started printing it in the weekend paper.  I was so shocked at the response from people.  I have a lot of people write to me to share their personal stories with cancer or to lend support.  It is amazing!  I didn’t think that anyone would want to read about someone going through cancer, but they do.

I did 6 weeks of radiation and chemo.  Somewhere along the way a scan showed that the cancer was also present in my lungs.   I had surgery on July 3rd, 2006.  They took out my entire rectum and part of the colon.  I am now sporting a permanent colostomy.  It has been a little bit of an adjustment.  I have a love-hate relationship with my ostomy.  I love not being tied to the bathroom anymore.  I don’t have to wonder where the bathroom is all the time.  The hate part is because the adjustment takes time.  I have had problems with just its presence on my body.  It’s hard enough to think you look good the way you are, but to add a part of your intestine sitting on the outside of your body?  It makes it a little more difficult.  I have also had issues with the bag leaking, but I have learned to pick up on signs that something may be wrong, and I have learned to err on the side of caution and change my bag if I suspect it may need it.  Every week has gotten easier.

I started chemo and in November my PET scan came back clear.  I got the word that I was in remission.  I continued to do treatments to try and prevent a reoccurrence.  I thought that when I found out I was in remission I would be so happy, but I was surprised that this feeling of fear took over right away.  I felt like cancer was an intruder, lurking outside waiting to break in.  I tried counseling to get over my fears and anxiety about it coming back, but found peace through alternative medicine, hypnosis, meditation and guided imagery.  I realized that while I felt like I was preparing myself for a relapse, I was giving my body permission to get sick again.  I was waiting for it.  I decided then, that very day, that I was going to live.  I had hope for the first time since being diagnosed.   I was taken off chemo in May and was scheduled to do a routine PET scan to make sure everything was still gone. My results came back, and so did the cancer.  I had 7 months in remission and now it is time to go back to chemotherapy.  Believing that the cancer wouldn’t come back didn’t make it so, but I will admit that it did free me from the fear that I had and enabled me to live my life without restraints for those few months and I am thankful for that.

I realize that a lot of people wonder why this has happened to them.  Why me?  I believe that it is pointless to wonder about these questions.  We may not have control over getting cancer but we do have control over our attitude and how we are going to deal with it.  There is a quote from a really cool book I like to read…the Bible.  It says, “We rejoice in our sufferings because we know that suffering produces perseverance; perseverance, character and in character, hope.”  I think that we all have a lot of character and tons of hope!

UPDATE: We are sad to share that Heather Maes passed away on August 20, 2008.