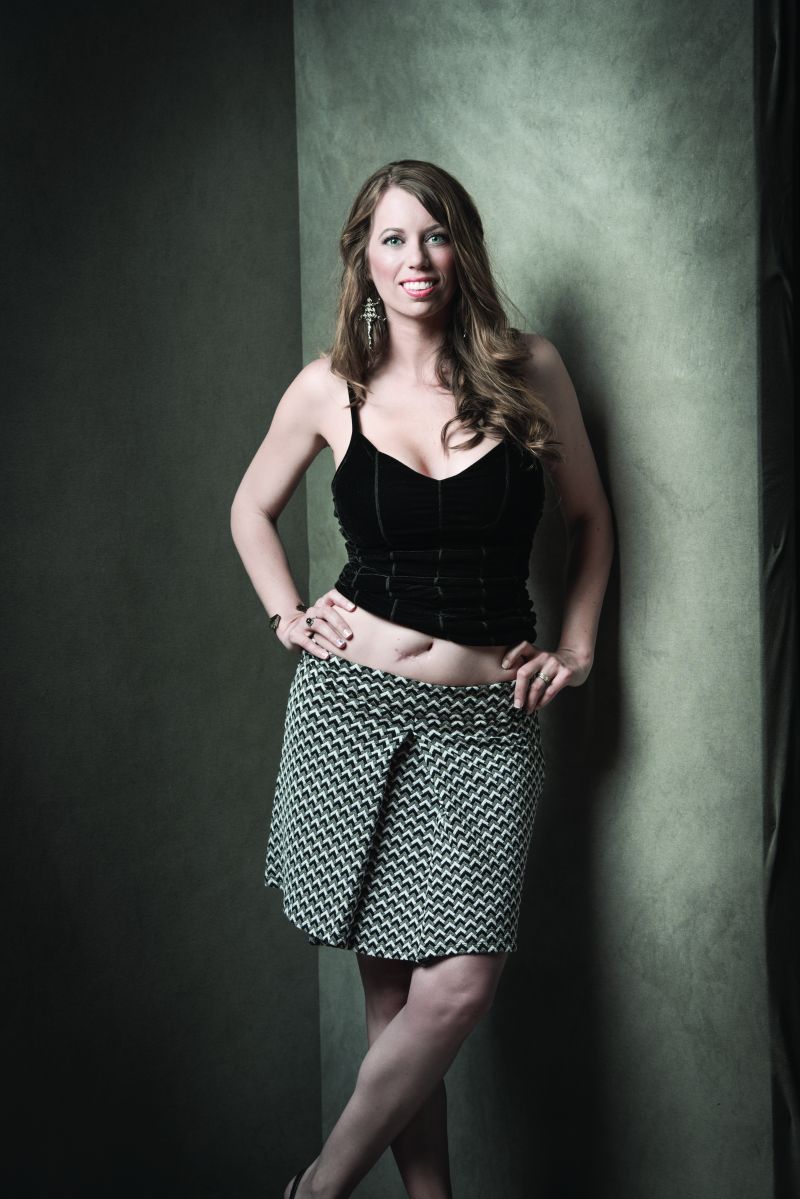 At 31, Danielle Boggs was a sweet, fun, light-hearted animal lover, working her dream job as a zoo keeper in the sunshine state of Florida. She and her husband had been married for six years, and they decided it was time to start a family. After about a year with no results, they decided to seek out help from a fertility specialist.

Today, they have four frozen embryos and are working to try and have a baby via a gestational carrier. It’s been a long journey, but Danielle is happy with the path she’s on.

“If I had gotten pregnant during the first in-vitro cycle, then I would have more than likely lost my life to have the child, or had to terminate the pregnancy to save my life,” she says. “I am happy to have gotten a second chance at life. Not many people do.”

Back when she was trying to get pregnant, Danielle recalled noticing some blood in her stool. Her doctor initially brushed it off as hemorrhoids, and so Danielle put it out of her mind. She was primarily focused on the taxing process of fertility treatments, and the bleeding had stopped anyway.

A year later, though, the bleeding returned and occurred more frequently. When the fertility treatments weren’t successful, she asked her fertility doctor if that could be a reason. He said, “yes,” and recommended she get it checked out. So she went back to her primary doctor for a referral to gastroenterologist (GI). During the initial colonoscopy, a mass was discovered in her rectum.

“I decided from day one of my diagnosis that I wasn’t going to be a victim and tackled this cancer thing head on. I had never considered myself a fighter. I was more of a laid-back peacekeeper, but I was going to take all the fight that I had and put it into this,” Danielle says, admitting, “I am one of those sometimes annoyingly positive people. I live in a world of rainbows and unicorns. They emphasize hope and positivity.”

On a difficult path, it was time for Danielle to channel her animal spirit and move forward with the outlook of that mythical creature.

Treatment started with chemotherapy and radiation. At her first visit to the chemo center, she assumed she would be sitting in a chair receiving chemo. Instead, she got a chemo pump she soon nicknamed “Chuck Norris.” A good friend ended up bedazzling a fanny pack for her chemo pump that she never got to use, but keeps as a memento and reminder of those tough days.

“Chuck Norris, kicks butt and that’s what I was going to do to this cancer,” Danielle says. She was determined to keep working throughout, even though her job at the zoo had her working outside in the summer heat.

After chemo and radiation, it was time for her colon resection surgery. The good news was the chemo and radiation had shrunk the tumor down to nothing. However, the portion of her rectum that had cancer still needed to be removed. No one knew if there was cancer in the surrounding muscle. Danielle expected to have a temporary ileostomy for three months, so her bowel could heal after surgery.

One tricky little cancerous lymph node (out of 13 that were removed) meant the ostomy stayed in place for seven months and Danielle needed more chemo, too. This round of chemo was different. In addition to her “Chuck Norris” pump, she was now getting infusions in a chair and quickly learned why people fall asleep receiving Folfox and Oxyplatin chemo combinations. But her mother-in-law was a huge help. With a permanent ileostomy of her own due to ulcerative colitis, she got Danielle in the groove of managing an ostomy.

“It was also something my husband grew up accustomed too, so it wasn’t unusual for him, which was a big confidence booster for me,” Danielle says.

One day while at home resting from chemo, Danielle was snuggling with her dog, when she noticed someone on her back porch. It was a burglar, trying to get into her house.

Danielle surprised herself by jumping of the couch and running at him, scaring him away. She felt no fear in this potentially dangerous situation. Cancer had changed her. She was a fighter now.

Still, after her battle with cancer was over, Danielle struggled at first. “I had a hard time because I was living in fear that the cancer would come back. I felt like every decision that I made could potentially affect whether or not it would come back. I thought about it constantly,” she says.

Then, she had her one-year CAT scan and felt as if a switch flipped. “I had a sense of calm come over me,” she recalls. “I realized that I wasn’t going to live in fear any longer.”

She’s gone from thinking about it every single day, to only being reminded occasionally. Danielle is moving forward and on with the life she fought for—and won.