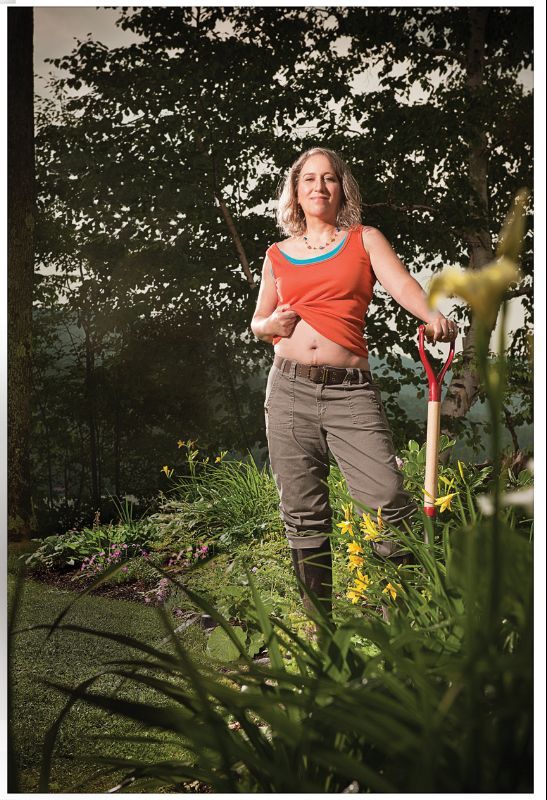 My name is Belle Piazza. I grew up in Phoenix, AZ in a typical lower-middle class home. Phoenix, even then, was a very transient city, with people coming and going all the time. I was happy in Phoenix and never had cause to leave. I was gainfully employed, lived a very active lifestyle – hiking, backpacking, teaching aerobics, country western and swing dancing, water skiing, cycling, snow skiing – you name it – I did it. Because of the warm climate, you could be outside year round and I took full advantage of this. My career started out in commercial property/casualty insurance where I worked for 15 years before starting a family and choosing to become a full time stay at home Mom.

In 2005, my husband accepted a position in Portland, Oregon. So off we went, along with our two children (who just turned 3 and 5 at the time). We settled in a small town about 30 minutes north of Portland called Battle Ground. It was a big adjustment from Phoenix. Life was so much slower, but also friendlier and we acclimated well. Due to a knee injury I had incurred in Phoenix after my son was born, the only exercise I could do was water aerobics. I joined the local YMCA, enrolled my kids in pre-school and settled into a routine.

During my working years I was able to travel all over the country – sometimes for business, sometimes for pleasure. The one area of the country I had never seen was the northwest, though in my heart, it had always called out to me. Now that I live here, I have never been happier.

I’d always had an interest in gardening and this was the perfect environment to explore this hobby. And explore I did. What started as a few tomato plants and summer squash has evolved into a large organic garden with strawberries, blueberries, boysenberries, raspberries, red currants, huckleberries, carrots, beets, cucumbers, peas – the list goes on and on. The more I learned the more I wanted to know – this was my new obsession. Life had never been better. I knew I was living the charmed life – not perfect (what is?); but definitely the good life. A beautiful home, a successful husband, two amazing kids.

Then came the day that changed it all – the day of my colonoscopy. I distinctly remember mowing the lawn on my riding lawn mower the day before my procedure thinking “there will be life before my colonoscopy and life after my colonoscopy”. Funny the things you remember. And change it did.

I knew I had issues – with the urgency, frequency and bleeding I was having, but still – I wanted to live in denial that there was really a problem. Surely this could just be hemorrhoids – right? Hemorrhoids or not, with two young children, I had to be sure, so I called my doctor. Thankfully for me, I had a doctor who listened. Truth be told it wasn’t a doctor at all; it was my Nurse Practitioner at my OB/GYN’s office who I had seen six months earlier to refill my prescription for birth control pills. She reviewed my medical history and made a BIG deal about my father having passed away from colon cancer. We discussed my symptoms at the time and decided they were no big deal – but if anything did develop; I was to call her immediately. At the time, my “symptoms” were just that it seemed to me that my bowels would evacuate rather quickly any time I did have to go – maybe twice a day. Well, the symptoms did get worse over the next

six months – more frequency, more urgency and bright red blood on the toilet paper. Finally, after thinking I just had to pass gas one morning while preparing breakfast – and farting blood all over the kitchen floor, I knew I couldn’t ignore this any longer. I called my OB/GYN’s office and told them I needed to see my Nurse Practitioner about “bleeding issues”.

During my visit I explained my symptoms to my Nurse Practitioner. She listened attentively and informed me that there was no point in her examining me there – that I needed a colonoscopy. I was so embarrassed. She sent my file to a colorectal surgeon that they worked with and I awaited their call. Less than a week later the surgeon’s office called me and asked me what I’d eaten that day – as they were hoping to get me in for a scope the following morning. The doctor had read my file and in retrospect I realize, she knew immediately what was going on. I’d had a bagel and coffee for breakfast that morning, so they decided I couldn’t get scoped the next day; but that I would come in to talk to the surgeon.

I was so embarrassed talking to the surgeon – a petite woman about the same age as me. I told her I felt like I was wasting her time and asked her what she thought. She was so reassuring and told me that it was not a waste of her time and she would be very happy to find out it was nothing – that she thought it was just hemorrhoids. Again, in retrospect, why would a surgeon who typically has a 3 month wait to get an appointment fit me in for a colonoscopy with less than a weeks’ notice.

The colonoscopy revealed a rectal tumor slightly smaller than a grapefruit. And the rest as they say is history. We received the official pathology report confirming the tumor was malignant the day before my son’s 5th birthday. Test upon test upon test – all showed no lymph node involvement. Yet during the scope, my surgeon was suspicious of at least 1-2 nodes being involved. Still, they couldn’t justify radiation without scientific evidence to back up her hunch; so off to surgery I went, with the assumption that we “caught it just in time” – at a stage 2; no lymph nodes involved. The surgeon removed my entire rectum and part of my colon and I had a temporary ileostomy. Chemo was undecided at that point – but in my mind – hell no!

A week or so after surgery while I was still in the hospital, we questioned the surgeon about the pathology report from the tumor. She agreed that the report should be ready, so she left my room to check on it. When she came back, she sat on the bed, held my hand and said – “it’s not good – there were 27 lymph nodes out of the 38 removed that tested positive for cancer”. I completely fell apart. My surgeon sat there with me and as I sobbed “how could this be any worse?” she gave me the tough love that I needed to hear at the time, telling me “yeah – this could be a lot worse”. We talked and talked – she being a cancer survivor herself, until she felt she had given me all I could absorb at the time, leaving me and my husband alone in the room – just the two of us and the reality of our situation.

From there I felt as if I was on remote control. One doctor’s appointment was set, then another and another. I did what I do best – organize. I organized doctor’s appointments and child care as needed. I showed up at the places I was supposed to be at the times I was supposed to be there – and beyond that, I tried not to think at all. My husband immersed himself in his career. My neighbors, friends and in-laws filled in where they could to help out in any way possible.

We survived. I had 10 rounds of FOLFOX, 2 rounds of Xeloda and 30 radiation treatments with a continuous 5FU pump on during the 6 week radiation period.

I remained cancer free for a little over 3 years until a PET scan in December 2010 lit up several spots in my lungs, a spot in my pelvis and a lymph node between my lungs. A VATS biopsy in February 2011 confirmed the spots were cancer; though a subsequent PET scan showed no activity in my pelvis. I’m currently on 5FU+Avastin for what may well be chemo for life. As challenging as it has been to deal with a recurrence, I am learning now more than ever how to live for today and appreciate the good days I have with my friends and family. My strength, my inspiration and my motivation – as always, remain my two precious children and my husband. For them, I continue to get up every day – to face the challenges as they come, with as brave a face as I can muster.

Some people say they are thankful they had cancer; that the lessons it provided has caused them to live a better life because of it. I am not one of those people. I have always lived a charmed life and have been so grateful for all I have achieved and experienced. Cancer threatens to take all of this away. What I am thankful for is the strength, love and support I continue to receive from those who surround me like an army of angels and help me on my journey. I am thankful that although I would never have chosen this path, I do not have to walk it alone. My hope for today is to live long enough to raise my children to be happy, healthy and productive adults. I want the opportunity to help the world, in whatever small ways I may have to offer. I want to share my story so that someone who hears it can avoid the pain my friends, family and I have had to endure. I have many goals and many dreams and I just want the chance to turn them into reality. Cancer is just not a part of the plan – it never was. It was an uninvited guest at my party.