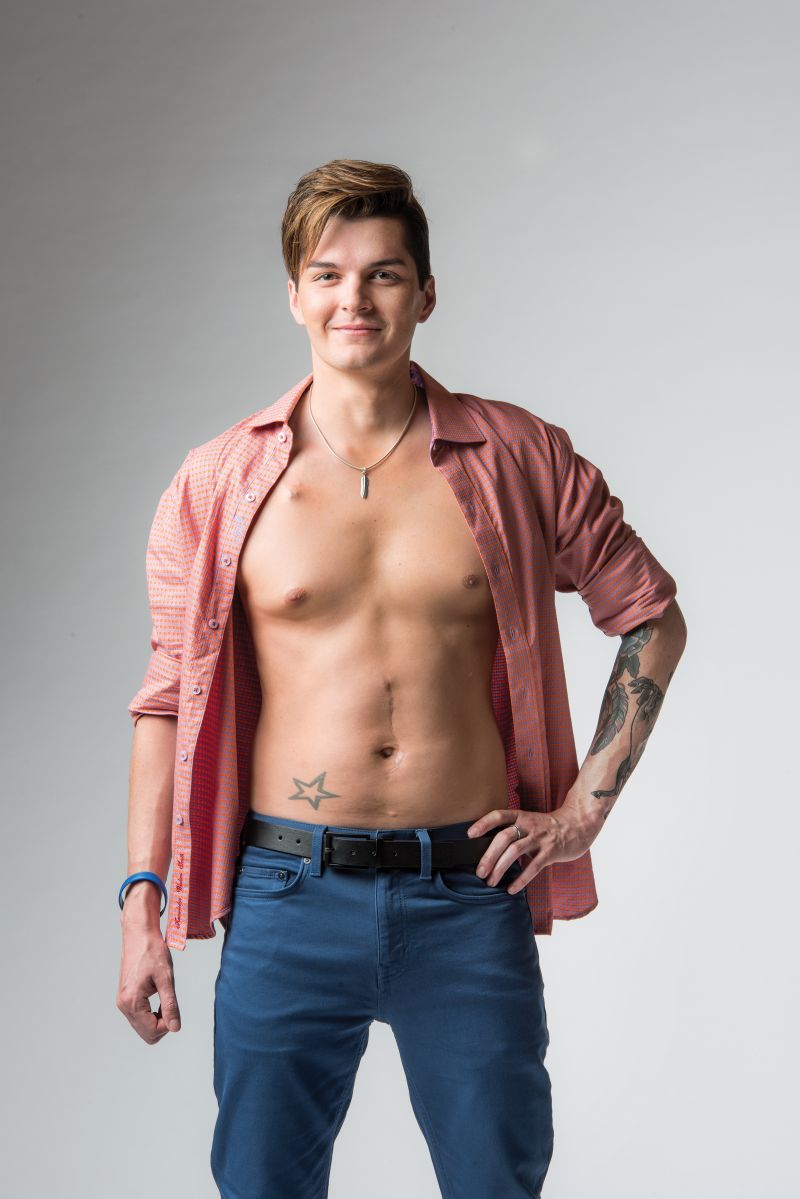 From an early age, Stephen’s family taught him to take care of himself, watch out for himself, and try to be better for himself. When he was diagnosed with Stage IV colon cancer after testing positive for Lynch Syndrome in 2014, Stephen thought of it as a challenge. He wanted to find an answer and a way out from it. And that is exactly what he did.

Before his diagnosis, Stephen wasn’t able to use the bathroom and had stomachaches. When he went to the ER, he was given laxatives. “I think I have cancer. My grandma had colon cancer. I need a scan,” he told the ER staff.

“You’re not there yet. You’re just constipated,” they replied.

Still knowing something wasn’t quite right, Stephen went to his general practitioner (GP) for a blood draw and his back started hurting towards the end of the appointment. His lymph nodes were sticking out. Stephen had a scan the next day, where he and his boyfriend, Kenley, thought the results would show he had an obstruction.

Stephen was told he had Stage IV colon cancer and a 1 percent chance of living for the next five years. During surgery to remove a larger part of his colon, it was confirmed that the tumor had not only broken through the colon wall, but had spread to his mesentery.

“My prognosis was so grim, my surgeon put a letter on the door of my hospital room instructing nurses and visitors not to discuss my diagnosis with me,” he says.

For the next six months he was on chemotherapy. Frustrated with the side effects from both the surgery and chemo, as well as feeling little care from his doctor, Stephen found relief with the use of cannabis oil.

Chemotherapy worked, shrinking the metastasized tumor so he was a candidate for a Nanoknife procedure. Doctors explained that it would buy him about two years, and Stephen and Kenley were confident the Nanoknife would work. But afterward, the cancer came back and required surgery. Once inside, Stephen’s surgeon found the tumor had attached itself to his small intestine and gallbladder. Stephen underwent a gallbladder removal, a small intestine and mesenteric resection, a stomach bypass, and an intestinal rerouting.

“I was told everything went beautifully and I should be cancer free,” Stephen recalls. “I was sent home to recover in peace after about a week in the hospital.”

But that was not to be. A few days later, he was back with complications. He spent another week in the ICU before finally going home again.

Stephen was supposed to start maintenance chemo next. But he was hesitant after the unsuccessful Nanoknife procedure and complications. Plus, he wasn’t happy with his oncologist. When he brought up trials and new studies with her, she just wasn’t interested.

It was then that he made the decision to learn as much as he could about Lynch Syndrome and his colon cancer. He wanted to bring more to the table during appointments, ask questions, learn, and ultimately save his own life. He began connecting with others who were having similar experiences and through those connections got an appointment with Dr. Messersmith, an oncologist at the University of Colorado. “Had I not done my own research, had I not had the courage to seek out another oncologist, I would most certainly not be alive today. So I encourage all of those with cancer to truly take the reins and be your own life saver,” he says now. “During these last two years I have noticed that those who do the best and live the longest tend to be those who are well informed and active in their treatment planning.”

Dr. Messersmith suggested that since the tumor was measurable and alive, Stephen should enter phase one of a clinical trial, immunotherapy. Stephen did some quick research and knew he wanted in. He tells others today, “Don't wait until it’s too late to start looking at trials. Look now. Save the trial number, print off the trial description, and take that information to your oncologist. Do not wait for them to present something to you.”

After the first 30 minutes of the first immunotherapy infusion, Stephen felt uncomfortable. Something was happening in his body, and he took this as a good sign. Scan after scan would show more and more shrinkage of the tumor, evidence that the immunotherapy was working!

Stephen became a poster child for immunotherapy success in young adults with colon cancer. He now focuses on sharing others’ stories, not just his own, while he continues receiving immunotherapy infusions.

“I often tell newly diagnosed patients that they are the coach of their cancer care team. Your oncologist is the quarterback, but it is up to you to run the team,” he says. “You will hear a lot of ‘no’s’ as you present information to your team, but for every 20 ‘no’s’ there will be at least one ‘yes.’ And sometimes, all you need is that one ‘yes.’”