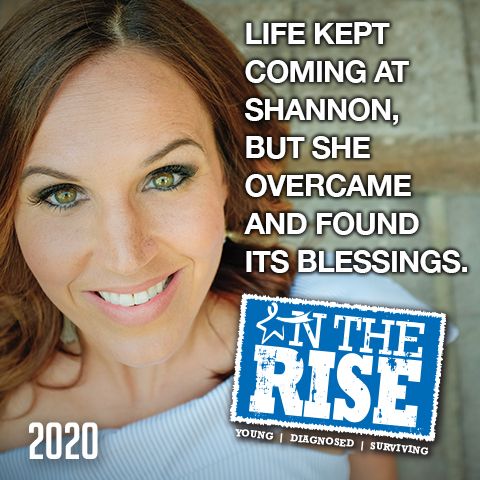 In life, we are all faced with difficulties. Mine was just a different kind of hard time.

When I was 16, I went home to pick up my soccer uniform. I found my dad on the couch holding his head and screaming. He managed to hand me a phone and my mom yelled, “Get him to the hospital. NOW!” A week later, he was pronounced brain dead because of an aneurysm. Our dad, whom we had loved so much, was gone in an instant. The last thing my father ever said to me was, “I love you too.”

My mom was disabled, having been diagnosed with a progressive form of Multiple Sclerosis when my sisters and I were all under the age of four. By this time, she was fully in a wheelchair and in the hospital more often than she was out, but she was left to raise us on her own. I learned what I was made of that week.

Two years later, I received an emergency phone call. My mom, at 44, had early stage colon cancer. Her grandfather had passed from colon cancer at the age of 35 and she was having symptoms, so her doctor made her have a colonoscopy. She had surgery and there was no recurrence, but nothing was said about her age or my great-grandfather’s. I was only told that I would need to have a colonoscopy when I turned 34.

Eleven years passed, and I was 28 with two young sons. I started to have severe abdominal pain after eating. The first doctor I saw said it was an ulcer. The second doctor said my gall bladder was filled with infection and scheduled surgery to remove it. The pain did not go away and I noticed that it was worst after I ate. I guessed that it was a gastrointestinal issue and made an appointment with a gastroenterologist. She questioned me about my family history of colon cancer, and I told her about my mom. She told me that autoimmune diseases run in packs and since I had already had T1 diabetes, it was probably Crohn’s or something like it. She was not going to rule out cancer, but I dismissed it and told her that I knew it wasn’t because I was 29.

I was sent for a CT scan. Before I had returned to my house, my GI’s office was on the phone scheduling an emergency colonoscopy per “something” that was seen on my CT. In August 2015, two days before my fifth wedding anniversary, stage II colon cancer was found.

I had genetic testing done a month after diagnosis. Initially I did not want to do it, but I decided it would not be fair to my other family members if I chose not to get tested. I never would have forgiven myself if someone ended up with a cancer that was preventable. It turns out I have the MLH1 mutation which meant I had Lynch Syndrome*. Cancer would be a part of my life forever. I shared information on Lynch syndrome and testing with all my first-degree relatives. Only one uncle declined to get tested. Two months after my diagnosis and one month after declining testing, he was diagnosed with stage IV colon cancer.

I was asked to give a sermon at my church on Mother’s Day 2016, about the struggles I had seen, and how I used faith to continue. I received a phone call the night before from my mom. I was so tired and needed to sleep, so I let it go to voicemail.

I woke early the next morning and read through my sermon. Then I received another phone call. On May 8, 2016 (Mother’s Day), I lost the compass to my life. While everyone was celebrating the mothers in their lives, my sisters and I were left desperately mourning ours.

I was blessed with two exemplary parents. Parents who understood the implications of perseverance, unselfishness, adversity, strength, love, and displayed them to us perfectly. Although my sisters and I lost both parents, we were left with the greatest gift - each other. Although I have faced cancer and have Lynch Syndrome, I have the knowledge to care for myself and help other people. Although I have faced trial after trial, I have learned how to be strong and what a gift life truly is.