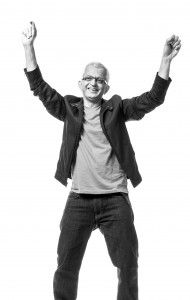 My Story Begins in India

I had an idyllic childhood growing up in Delhi, India.  I lived in a joint family with the joys and tribulations of three generations and 4 nuclear families surrounded by comfort and lots of affection.

Coming to the USA

Suddenly the big wide world in opened in front of me when I came to New York for an AIESEC (Association Internationales des Etudiant en Sciences Economiques et Commerciales – the largest student-run organization in the world) internship with IBM.  We were 85+ AIESEC trainees from 70 countries who realized that the youth all over the world love to party hard.

The year turned out to be a momentous year for me! First, I met Seema who would become my wife and partner of my life 10 years later. And secondly, “Coming to America” (just like the Eddie Murphy comedy of the 80’s) and starting my life on my own.

Choosing to Stay in the US

Suddenly the party came to an end. And I found myself at Drexel University in Philadelphia for a MS in Computer Science. These were hard days as I had to make ends meet with scholarship money. The staple diet was canned tuna and Rolling Rocks.

After Drexel, I started my computer career working in the US and with it came the realization that I might be slowly taking the steps to settle in the US.

Over the years, Seema and I had been in touch with each other. Every summer I returned to Delhi and we met each other for our “summer romance” over 10 beautiful years and then we decided to get married. And with the birth of our two kids we started the circle of life to raise and provide for the next generation.

Life was rolling along at a great pace, from long satisfying hours at work to lazy weekends spent playing with the kids.  I would not have traded a day for anything else. So when I got the opportunity to join a smaller company and be part of a new team to jump start one of their divisions. I jumped on it as I was “Mr Invincible” happy to work 12-14 hours a day and in the process I earned the label of the “hardest working GUY at the company”.

Starting to Notice Something is Off

In summer of 2008, I was training for the Philadelphia half-marathon. But after reaching a peak of six miles I decided to suspend my training. I felt exhausted. Seema and I initially attributed my exhaustion to my professional demands as I was traveling a lot for my career – overseas and criss-crossing the continent.

To explain my tiredness, Seema took over the role as a doctor in my life. She coordinated a couple of tests for me including a CT scan and a blood test. The blood test showed that my hemoglobin was low. We contacted a gastroenterologist (GI) who agreed to do my colonoscopy. Looking back, I actually had symptoms of abdominal discomfort, fullness and acid reflux for years and we had contacted 2 GI’s over the years who declined even on request to do a colonoscopy. They said I was very young and had no family history. If I had received a colonoscopy when we requested it, I would have avoided the nightmare of colon cancer.

From Butter Chicken to CANCER on my thoughts

The only thought in my mind as I entered the colonoscopy suite was the thought of having my favorite Indian dish (butter chicken) for dinner afterwards — alas that never happened.

After I was woken up from my colonoscopy, I saw a frazzled Seema standing with my GI  in front of me.  He told me that they found a tumor in my body that needed to be removed right away. And they would be rushing me to the hospital for a surgery that night. I was totally dazed.

As I was being wheeled into the operating room, I was frantically organizing my schedule on my blackberry without a thought as how my life would change. I was operated for a Left Hemicolectomy, widespread lymph node dissection and wedge resuscitation for liver metastasis. When surgery reports came back, I was diagnosed with stage IV colon cancer.  I had begun a new journey. I went from being “the hardest working individual at my company” to becoming “a cancer patient”.  I did not know anyone in my family or friends who had cancer.

It took three months to recover from my surgery. My parents came from India a week after my surgery. My parents, Seema, my kids and lot of our friends/family provided a strong network to support me through the toughest months of my life.  The recovery was slow and steady.  But I am reminded of my surgery every day with the big surgery scar on my abdomen.

From attending corporate meetings/discussions I had made the transition to scheduling doctor visits and chemotherapy sessions. Instead of  being greeted by my colleagues I was now being greeted by the caring nurses at the chemotherapy suites, I started my 12 chemo therapy session with FOLFOX and AVASTIAN. Every 2 weeks I visited my oncologists office for my three-hour chemotherapy session and then I wore a pump on my body for 48 hours of slow release of the remaining chemo dosage thru my port. The first 2-3 chemo sessions were not the nightmare I had heard about chemotherapy. But after the fourth session, the nightmare began. I began throwing up and experienced gut-wrenching pain in different parts of my body. The effects of the chemo continue to date!

My Journey Discovered My Mother’s Cancer

My mother had been seeing a leading GI in India for over ten years. She also had acid reflux. He had never requested a colonoscopy for her. After my diagnosis, my oncologist at Memorial Sloan Kettering recommended my entire immediate family get colonoscopies. Two months after my surgery, my mother (at age 67) had her first colonoscopy and she was diagnosed with stage II colon cancer. Like me, she also had a left hemicolectomy surgery and then four rounds of chemo.

It was an irony that we discovered my family history of colon cancer only after my own diagnosis. Luckily, my father and brother also had their colonoscopies after my surgery and they both were clear.

In fall of 2009, I felt life was coming back to normal from the nightmare of cancer and I was back to work full time. In early 2010, I had a cancer recurrence. Latter in the year I had surgical removal of a scar recurrence and followed by radio frequency ablation of two areas of recurrence.

We had hosted a Thanksgiving dinner in 2010 and after everybody left I started complaining of stomach pain. It turns out all the nuts I had eaten led to a bowel obstruction (another gift from my surgery) and I was admitted in the hospital for three days… yet another setback.

In the midst of the cancer and recurrence, I have taken time off work. I am at home more with my family. I’ve adapted my diet dramatically. And I am taking each day slowly and living life to the fullest.

Through my four-year journey of the fight against cancer, I have developed my three golden rules that I call my “SIN” for  cancer treatment and prevention.

a)    S stands for “Share your story with your friends and family.”

We have been very fortunate to have a very strong network of friends  and family in India/US. Seema my wife has been my greatest and my biggest 24/7 supporter to say the least – I could not have gone through this without her guidance and love.  My kids have been my source of strength and encouragement in my fight to win this war against cancer.

Going through something as traumatic as cancer tells you who your friends and family are and who you can really count on!

b)    I stands for “Integrated approach to Cancer Treatment”

Cancer treatment and prevention requires an integrated approach. Chemotherapy and surgery are critical but in my opinion, there are multiple other components.

i.        Diet is critical to cancer treatment/prevention. About two years back in June 2010, based on Seema’s research I adopted a variant of a macrobiotic diet.  Seema has become a master macrobiotic chef creating her own adaption of the dishes and in support she has also adopted this diet.

iii.        Spirituality/religion gives you the confidence to deal with a calamity like “CANCER”.

Never ask the question, “Why did I get cancer?” The answer will always depress you. But instead, try to raise more awareness about cancer prevention and research. From 2009, Seema, the kids and I have been taking part annually and raising funds for the Colon Cancer Challenge Foundation (CCCF) a 6k run/1.5 mile walk in New York City. Sanya, my 10-year-old daughter, named our team Bery Colon Cancer Helpers (BCCH). In 2011 and 2012, BCCH was amongst the top three fundraisers for CCCF. A special thanks to all friends and family who contributed for CCCF for the last four years. In 2012, I was invited to join the Board of Directors of CCCF.

My philosophy of “SIN” has helped me battle cancer and I continue to look forward.