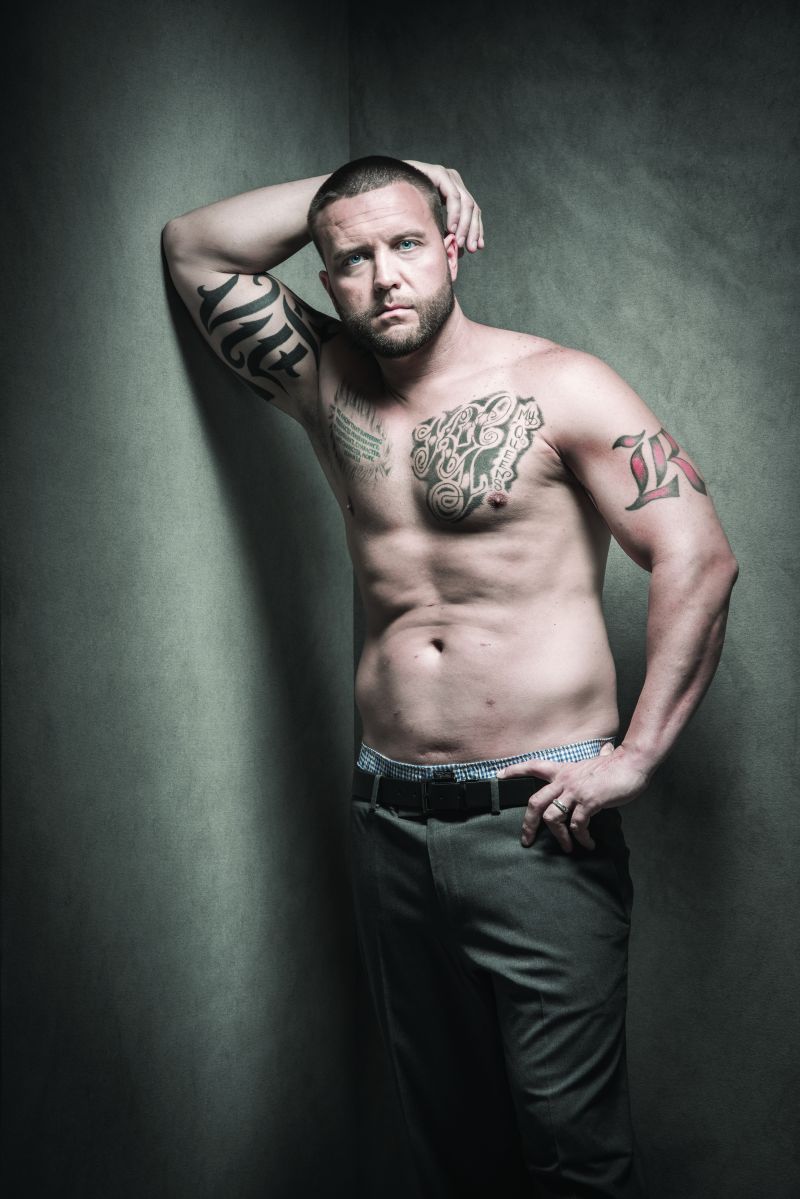 Growing up in a lower middle class neighborhood outside of Orlando, Rob Vite 34, developed a thick skin and a fierce sense of independence. He was motivated to put himself through college, earn a degree in business management, and eventually earn a teaching degree. After graduation, in 2004, he stepped into the world with his now wife, Jade, to begin his career as a high school math teacher and coach in Sanford, Florida.

Life was filled with professional and personal victories. He earned a promotion and won awards. Four years after graduation, he and Jade were married. Three years later, they celebrated the birth of their daughter, Kennedy.

But life had struggles in store for Rob, too. Put to the test, he can’t be beat. Not even by cancer. He’s coped and survived by putting his focus where he feels it belongs—with his family.

In 2007, Rob’s mother, Jody-Kae, was diagnosed with an acute form of Multiple Sclerosis (MS). From that point on, he was essentially losing his mom. “The next four years were a struggle for my family,” he says. Jody-Kae had gone to all of Rob’s football games when he was growing up. She’d always been his biggest cheerleader. Her illness progressed so quickly, it hit him and his family like a ton of bricks. The MS created such a large brain lesion that Jody-Kae lost most of her ability to speak as well as her long-term memory. She was already in a nursing home, at age 46, by the time she was diagnosed with leukemia.

Losing his mom was extremely difficult. Rob was grateful that he was by his mother’s side as she passed away. He honored her memory by giving Kennedy, the same middle name as his mother: Kae.

A year after his mother’s death, symptoms of another health crisis began to show up. Rob started to experience abdominal pains, which he thought were caused by the stress of becoming the new head coach of the Seminole High School football team. His athletic director told him to get checked out by the team physician, so he did. The team physician referred him to a GI (gastrointestinal) doctor, who misdiagnosed him with a mild ulcer. After moving to North Carolina, his symptoms were back. With a new GI doctor, his world was flipped upside down.

Rob had a colonoscopy that revealed a large mass in his colon. It was Stage 2 cancer. “I was ultimately diagnosed on May 17th of that year. Coincidentally, that would have been my mother’s 53rd birthday,” he says.

He was crushed and in shock. He couldn’t bear the thought of telling his wife, who was pregnant with their second child. Thankfully, his GI doctor convinced him to tell his wife and not hide the cancer diagnosis. Jade has been his biggest supporter, and Rob couldn’t be more grateful to have her by his side as a seemingly endless schedule of doctor appointments and tests was thrust upon him and his family.

He and his doctor agreed on an aggressive treatment, so Rob had a colon resection surgery to remove most of his colon. He was happy to learn the doctor felt he’d “gotten it all,” but the hospital stay was miserable. He lost 45 lbs. in five days. He felt he looked weak and frail—and that didn’t match his spirit and zest for life.

When he finally made it home, things got worse. A blood clot in his leg slowed his recovery considerably and sent him back to the hospital. “I had a lot of pain for a while and had to stay off of it, which was very difficult for a life-long athlete,” he says.

Although it was a tough recovery, Rob feels grateful to have had the direction of incredible doctors at UNC Health. Due to the diagnosis at the age of 32, they recommended genetic testing, which gave him and his family answers; he has Lynch Syndrome, which led to his cancer. Still, he is grateful. So many who battle this disease never know why, and he does. In September 2014, Rob and Jade’s second daughter, Harlow, was born. Rob lives with the fear that his two children may have inherited Lynch syndrome. But Harlow’s middle name is Faith. That’s what got the Vite family through the struggles they endured while Jade was pregnant with her. Rob says both Harlow and Kennedy have such wonderful positive energy—they became a welcome distraction to all the baggage that comes with having cancer.

In June 2015, Rob’s abdominal pain returned along with the fear of recurrence. His routine CT scans found a few lymph nodes were starting to increase in size. His team of doctors didn’t believe it was cancer. But his surgeon thought it best to remove those pesky nodes along with some more of his colon. The second surgery was far easier than the first—and no blood clot made a huge difference in Rob’s recovery.

Even better, “test results proved that there were no traces of cancer in any of the lymph nodes or in the portion of my colon that had been removed. What a relief!” Rob says.

In August 2015, he and his family moved to Milwaukee, where Rob continues the work he is so passionate about: teaching and coaching football. “I don’t just teach these kids math and football, I teach them life,” he says.

He knows there’s a long road ahead, filled with doctor appointments and preventative testing. But he also feels the worst is behind him and his family. Their girls keep them busy, and they’ve found many new ways to have fun in their new community.

“My family and I are extremely optimistic,” he says. “My focus was my family, a welcome distraction to all the baggage that comes with battling cancer.”