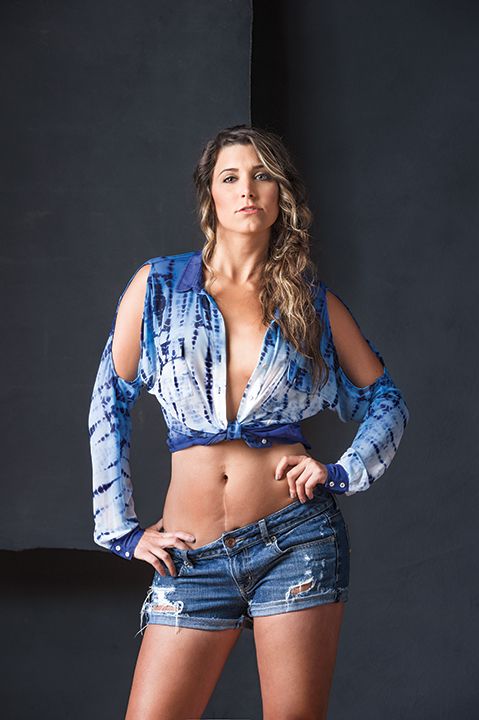 Natalie Savoie is an outdoorsy type. The Charlotte native, now 26, has hiked most of the Appalachian Trail throughout Tennessee and the Carolinas. She grew up waterskiing on Lake Norman, so seeing her on the water is nothing out of the ordinary. In June 2008, her first slalom session of the summer was indeed a big milestone for her – nobody would have expected her to be back on the water just two short months after having undergone a total colectomy.

In late 2007, at the age of 19, Natalie was a typical college sophomore, working two jobs while attending the University of North Carolina at Charlotte as a full-time student in the pre-nursing program. She was always tired, though, regardless of how much she slept, and was losing weight without trying. She was having trouble with bowel movements, so when she had a sudden urge that resulted in a toilet bowl full of blood, she knew something was seriously wrong. She knew that it was cancer even before the episode, but no doctor would listen when she pleaded: “I think I have cancer – please go in and find it.”

A colonoscopy revealed that Natalie had 150 polyps in her colon, along with 50-75 small ones in the bottom of her stomach and a six-inch tumor in her colon. This resulted in a final diagnosis of familial adenomatous polyposis (FAP), a genetic disease characterized by the presence of numerous precancerous polyps in the colon and rectum. Even though the biopsies taken during the colonoscopy came back benign, the surgeon told Natalie and her family that she needed to have a total colectomy; removing all of her colon would ensure that no more precancerous polyps could develop and presented the best opportunity for a cure.

Since FAP is a genetic disease, Natalie’s parents were understandably upset, thinking “we gave this to our daughter,” and the mood in Natalie’s house wasn’t as happy as it once had been. Natalie tried to reassure her parents it wasn’t their fault. While they don’t necessarily agree, they are all thankful that Natalie’s younger brother Nick, who she considers her best friend, doesn’t suffer from the same predisposition to tumors.

After surgery to remove her colon, Natalie remembers feeling a sense of relief as she recovered. They had finally found out what was wrong and she could now formulate a treatment plan for the future. This comfort was soon replaced with anxiety, as she learned that her surgeon had seen some enlarged lymph nodes. He removed 60 and only a few came back cancerous. This still meant she needed chemotherapy.

During her chemotherapy sessions, Natalie was by far the youngest person in the room. Being a nursing student gave her a special perspective on cancer and she has used this platform to help speak out to other nursing students asking how to access a chemo port, to fellow cancer patients who are having a tough time and to anyone about the need to advocate for their own health. In her words, you have to “take what’s not normal, make it a symptom, and get to the doctor!”

After surgery, the charge nurse called in Barbara, a very special nurse, to take care of a “patient who was going to need a lot of help”. That patient was Natalie. Barbara took great care of Natalie, telling her, “You need to be a nurse. You can change so many lives with the knowledge you’ve accumulated and your own experiences.” Natalie plans to focus her career on pediatric oncology because she loves the thought of helping sick kids and also because she knows what they are experiencing.

Natalie needs to get iron transfusions and sometimes slows down a little when she’s due for another. Other than that, she’s always on the go, not wanting to have any regrets about what milestones she’s able to achieve. She notes in a matter-of-fact manner that nobody is guaranteed another day, so she makes
the most of hers.

Natalie met another of her milestones by graduating from college. She took part in the nursing program’s pinning ceremony — a time-honored tradition at which new nurses are welcomed into the field.