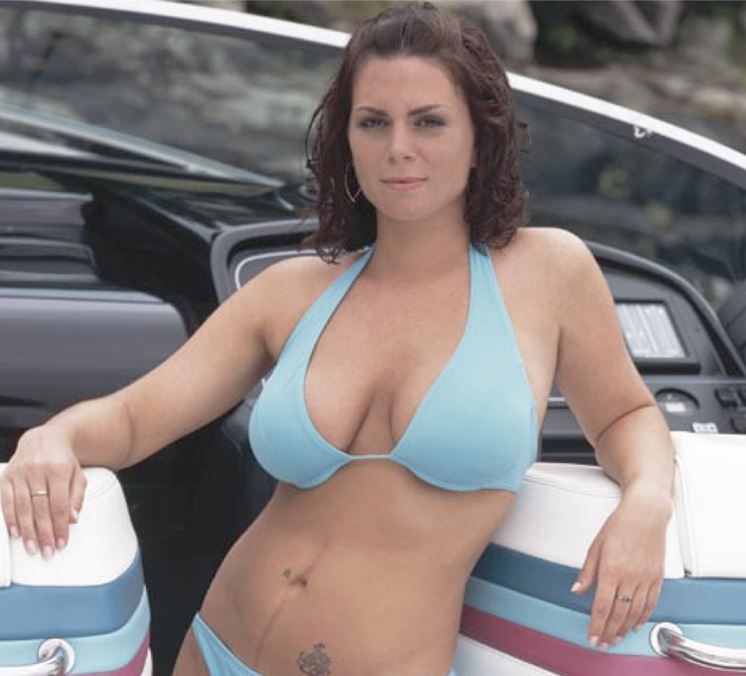 Michelle Cervone was having abdominal pain and constipation, and was misdiagnosed with everything from colitis and Crohn’s Disease to IBS and diverticulitis. She was finally given a barium enema and a CT scan that showed a mass in her colon, and her doctor ordered a colonoscopy.

During the exam, her doctor had to use a pediatric colonoscope because her tumor was so large that it was obstructing her colon. Although she had known all along that something was wrong, she never expected to hear that she had colon cancer. She was quickly scheduled for surgery, and peritoneal metastases were found – little bits of cancer that had spread throughout her abdomen. Michelle was diagnosed with stage IV colon cancer.

She is thankful that, although she was young and felt invincible, she opted for the best insurance coverage she could get when she started a new job. Even with insurance covering the doctors’ bills, just looking at them was stressful. In addition to medical costs and co-payments were the day-to-day expenses associated with being a cancer patient. Even the cost of buying gas for her car added up. She is grateful for her friends and family who helped her financially, and wishes that patients didn’t have such financial strain while also dealing with cancer.

She completed six months of chemotherapy, and has been cancer-free for over a year. Although she wishes that she had never had cancer, Michelle is happy to have a new perspective on life.

Update:  We are sad to share that Michelle passed away in March 2008.