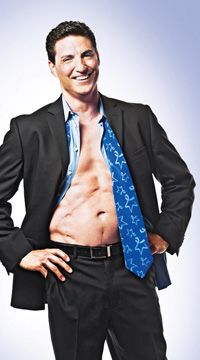 So, how did I get here? What happened along the way to bring me to this point?

Well, back in January of 2008, I noticed blood in my stool. I was concerned, however not enough to do anything about it. I figured, let’s give it a month to see if it was from something I ate. So, after month of watching what I ate and staying away from spicy foods it was still there. Okay, at this point I figured I had to make an appointment with my general practitioner for a physical, which was already overdue for two years.

At the same time my father’s estate was wrapping up after two years of sheer HELL. The house was set to close and we had a small family vacation planned to Savannah for late March. So of course, I put off making my doctor’s appointment until I got back. It was late April when I finally got around to making my appointment. During all this time the symptoms were still happening.

PLEASE, if you take anything away from this journey, let it be your health comes first. That means first! Not when you have the time to address it. Make it a priority.

I had my appointment and I discussed my symptoms with my doctor. Fearing that she would say that word no one wants to hear, colonoscopy. Well you guessed it, she recommended a colonoscopy. Even though I was statistically too young, the concern was strong enough to warrant the test.

I made an appointment to meet with the gastroenterologist. Now it is the middle of May and the colonoscopy was scheduled for June 9th. All during the past few months I was running crazy with my father’s estate, managing my own business, being a dad, taking care our house and all the things a 44 year old man does in today’s contemporary suburban life.

A little background about me, I am happily married for 22 years. I have a wonderful wife Claire, who puts up with me. I have two great children: an 18-year-old son, Michael and a 17-year-old daughter, Danielle. We own a modest house on two-thirds of an acre. My mother-in-law lives in the apartment on the first floor of the house. We have a dog, Becky, and a cat we call Puddy. So, there I was juggling modern day life and carving out a comfortable existence.

The time came for the colonoscopy and I made it through the procedure and met with the doctor to go over the results. Three polyps were found, removed, and sent to pathology of testing. The doctor was concerned as to the size of the polyps, however I thought I was ALL DONE.

Well, after just a few steps out of the doctor’s office I noticed sharp pains in my shoulders when I walked. Not, knowing anything about what to expect I dismissed it as a side effect from the procedure. I stayed like this for two-and-half days when I finally was convinced by a close friend to go back to the doctor. Which I did, and they found my colon had perforated and it needed to be surgically repaired. I said okay I could do this, no problem, two or three days in the hospital and back to normal.

I was sent for an X-Ray and a CAT scan to find where the perforation was located in the colon when they found that my right kidney had a growth equal in size to the kidney itself.

My wife and I are back talking with the doctor when my life changed forever.

I was told:
– They need to do emergency surgery to save my life
– I had cancer in the polyps that were removed from the colonoscopy
– They will need to remove a portion of my colon
– My right kidney needed to be removed

The rest is history as they say.

I had a colectomy and they removed 18 inches of my lower colon. The lymph nodes that were removed also were cancerous and chemotherapy would be needed. I had my right kidney removed. Thankfully it was not cancerous. I started a six-month chemotherapy treatment and have been recovering ever since. Still battling neuropathy and fatigue from the chemo, I am still here and making progress every day.