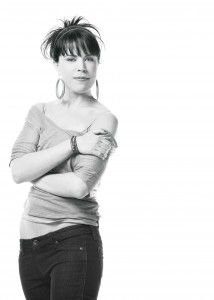 I couldn’t poop if my life depended on it.

I am a somewhat lazy person, so it came as no surprise when my colon started acting lazy as well. I don’t really remember exactly when it all started, but I do remember getting to a point when I thought “I probably couldn’t poop if my life depended on it,” not knowing that it did.

I had moved to Seattle and was adjusting to changes in my life. In January of 2009 I started a great new job and planned on being there for a while. While I was training, my stomach was cramping up quite a bit, I could not go “number two,” and when I did, there was some blood in my stool. With all the pressures of the new job I didn’t really want to stop and find a doctor who I would have to explain my embarrassing story to. I figured it was the nerves with all the training or maybe it was my diet. So I ate lots of fiber, drank lots of coffee and took ex-lax like a daily vitamin.

It was probably just hemorrhoids.

Nothing helped. I did not have normal “girly” bathroom breaks, I would be in the bathroom for fifteen minutes and come out very unsatisfied and embarrassed. In February of 2009, I went to see a doctor for a women’s annual exam. I remember sitting there NOT wanting to bring up my “problem,” thinking it wasn’t a big deal. I’d  just take some more ex-lax. It would get better. It was probably just hemorrhoids. But at the visit I swallowed my pride and told her everything. She was very concerned and sent me home with – a prescription for hemorrhoids – stating if the drugs did not work in two weeks to come back. The drugs did not work. She referred me to a colorectal specialist, and I made an appointment immediately.

My doctor ripped out the section on cancer…

Dr. Billingham was my man. We talked about everything. He examined me (not too fun) and told me there was nothing he could see. We scheduled a colonoscopy for what he predicted would be a lazy colon. Before handing me the pamphlet that would explain the colonoscopy, he took out the section on cancer, stating something like, “You won’t need this part. This is not what we’re looking for.”

In March 2009 I had my first colonoscopy – before either of my parents had even had one. I was scared as I was wheeled into the room where the procedure would be done, but only because I did not feel sleepy and was not ready to be awake while this camera moved around inside of me. To my relief I did actually fall asleep, but I woke up in a room full of people and a screen displaying my colon in front of me.

I remember the colon was very uniform , like a little tunnel with ridges. And then, out of nowhere, this large sausage looking thing appeared, blocking the tunnel. I’m sure I was a little out of it, but I swear I heard a “whoa” or “uh oh” and then a “how old is she?” I watched as the little tool poked and pulled at the tumor for a sample. When it was all complete and I was being wheeled out, my very “matter of fact” Dr. Billingham said “Well, it’s either benign or malignant.”

I went back to work and waited for pathology reports to come back from my colonoscopy. I was still training at my job, and we weren’t supposed to miss any of it. Being a Customer Service Representative, we were training to be on the phone. So naturally I was on the phone when I felt my cell phone buzz in my pocket, I wanted so badly to tell the person on the phone “Got to go. I might have cancer,” but instead I endured the worst game of phone tag ever.

When we finally connected, I found out it was cancer, but just a little bit. Then there were more waiting games and tests to find out what stage (if and or where it had spread). I finally was told it was slow moving, so surgery was scheduled a month later. Wait A MONTH?! It was the beginning of April, and I was not waiting until May to poop again! It took me a little while to build up the nerve, but I called my new best friend, Dr. Billingham’s scheduling manager Barb, and whined. I think my words were along the line of “I know this is slow moving and I understand there’s a lot of other people that need to be seen as well, but I CAN’T POOP and there’s BLOOD in whatever poop comes out because CANCER is blocking my colon!” She hung up to see what she could do.

She got back with me within a few minutes to tell me I was scheduled for surgery the following week. I would have no choice but to miss training at work – I hoped I didn’t lose a job on top of everything else. My surgery was wonderful. Yes, I’m being serious. I had eight inches of my colon and some lymph nodes removed. Dr. Billingham did an AMAZING job, my epidural worked a little TOO well (I probably could have left in 3 days as opposed to 4 if my legs wouldn’t have been so numb). I had the best nurses, the best room, and my family and friends with me all the time. I would not sleep, because I just wanted to talk to everyone and be with my family who loved me enough to sleep with me every night and paint my toenails and rub my head with a cold rag.

I was feeling so great and had almost put cancer behind me when the oncologist came in. It was stage two. The cancer had spread into the walls of my colon (not so good), but they had not found any in the lymph nodes (I was lucky!) The tumor board would be meeting to see if I needed chemotherapy. I had been so overwhelmed by everything and it all went so quickly that I honestly never thought about chemo. Just when I thought I was rid of this evil thing.

It was determined that chemo would lessen the chances of the cancer coming back. In June 2009, I started six grueling months of chemo (5FU, leucovorin and oxalyplatin). I went in every other Tuesday with my mom. We would sit for four hours, then I would take the pump home and wear it until the following Thursday. I tried to work, but it was too difficult. None of the nausea meds helped. The department I was in at work shut down so I had to interview for a different department, and I did so with my pump on, making that noise every couple minutes.

By some miracle I got the job, but would go home early and feel like a quitter. I couldn’t even see straight with the chemo brain. I would call my sister crying, I knew she was strong and would not cry with me like most others did. I would cry the night before treatments. On the way to treatments it was really difficult. My boyfriend and mom would offer to make me any food I wanted, but I didn’t want anything. I would eat something that sounded good, throw it up and never want it again. Anything I associated with chemo – smells, tastes (even if I didn’t throw it up), if I had it once, on or around a day of treatment, I could not have it or smell it again. I thought this chemo was supposed to be my friend, killing all the harmful things that could be growing inside of me. Why was it hurting me at the same time? So I named chemo my ‘Frienemy.’ After talking with my supervisor I took a leave of absence from work.

Even though I was still suffering it was sooo nice not to have to concentrate so hard everyday – and just relax… or try to relax. I finished my chemo treatments right around the holidays of 2009. My last treatment was delayed because I got the flu and then cancelled because of the numbness I was starting to get in my hands and feet. I was so happy! My wonderful friends threw me a “No Mo’ Chemo” party, and I got the best Christmas present of all – finally being done! I was so thrilled to actually feel like eating holiday meals and bring in a new year chemo and cancer free!

I want to give people hope

I fought through this, but could not have done it without everyone fighting with me. I never lost my faith! I know that there are others out there who had or have it way worse than I did, but I want them all to have the kind of support I did. I want to be part of something that can give people hope. There’s never a reason to get down when you have people who love you and care about you so much. Yes, it may be scary and you may feel helpless, but there’s a life to be lived out there! There are things to be happy about too, and I found more than I ever had when I was diagnosed with cancer. I love my family and friends now more than ever and am finally trying to live each day, knowing it is truly is a gift.