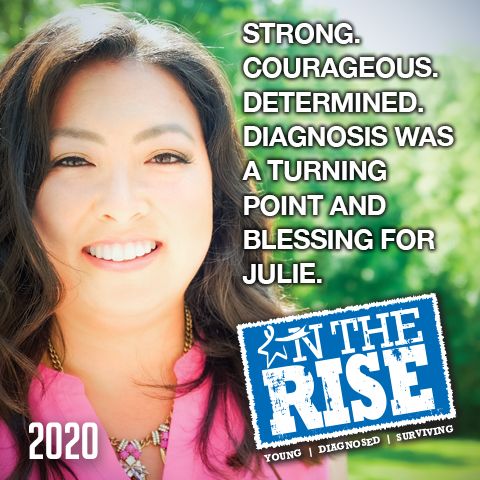 Diagnosed at 14 with Crohn’s disease, I was familiar with hospital stays, medications, colonoscopies, and constant worries about bathrooms. It’s never fun as a teenager to worry about diarrhea and trying to explain to friends that you have a digestive condition, so my last year of high school was rough. Fortunately, the school was supportive.

I moved to New Mexico for college, played softball, and continued with the daily bathroom struggles. I moved again after college, this time to Atlanta where I met my first husband. Eventually, we decided to move to Massachusetts to be closer to his family. I had my first son when I was 25. We were blessed six years later with another son. In between all this, I was able to keep my Crohn’s well-managed, though occasionally I had flare ups and hospitalizations.

After my second son was born, I had a particularly bad flare up resulting in a long hospital stay. I went home on steroids and scheduled a colonoscopy. This allowed time for healing and to ensure that we could get a scope through. I had a colonoscopy a few months later where the doctor mentioned a few polyps, but she didn’t seem too concerned.

A few days later, my doctor called. She asked me if I was in a place to talk and I said yes since I was in my office at work. She said, “It’s cancer,” and asked me to come by tomorrow to talk. I hung up and cried. All I could think about was my children and the possibility of them losing a parent.

The next day was a blur. The only thing I recall is the doctor saying, “Your only hope is to find a good surgeon.” I was in shock. I met with a few doctors and ended up deciding on one who was the most direct and aggressive. She gave me statistics and options that would minimize recurrence. All I knew was I needed to do whatever it took to make sure I survived for my boys. She suggested a permanent ostomy, removal of my rectum, large intestine, and most of my small intestine. Others had suggested a temporary ostomy and a less aggressive approach. It took me a matter of seconds to decide on the permanent ostomy.

Two weeks after hearing the words “you have cancer,” I was wheeled into an operating room for a nine-hour surgery. I began my life of living with an ostomy, starting with 6 months of chemotherapy in January. I was reevaluating everything during this time because cancer gives you a whole new perspective on life. After chemo was over, I separated from my husband. Cancer gave me the strength to make tough decisions and to focus on my happiness.

I wasn’t looking for love. I needed to focus on me. Rikk came into my life when I least expected it. I was upfront from the start about the cancer, ostomy, fear of reoccurrence, everything!! He listened, supported, and most of all, loved me. He has been amazing, a true partner and loves me unconditionally.

Three years into our relationship, we discussed children. Rikk had never been married and didn’t have kids, but he loved my sons like they were his own. I happily agreed to have more children! We struggled with infertility and miscarriages. Trying to conceive was stressful, so we made the decision not to focus on it, enjoy the holidays, and see a specialist in the New Year. For Thanksgiving, we took a family trip back to Hawaii, so I could show Rikk my home state. Right before our trip, I found out I was pregnant! Hawaii was amazing, and Rikk surprised me and proposed.

My pregnancy was a doozy! I had hernias, a blockage, and gall bladder issues. Six weeks before my due date, I went to the emergency room. The baby was pushing against my intestine and the blood supply to my stoma was cut off. I had an emergency c-section and surgery to fix my stoma. Our son was born in June 2016 and was transferred to the NICU for a few weeks. Rikk was incredible, shuffling between checking on me and our son at different hospitals. My difficulties continued as shortly after his birth, we found out that I had gallbladder polyps. I had surgery to remove my gallbladder and a portion of my liver.

In 2018, Rikk and I got married in Hawaii and we have now been together for seven years. I think of my diagnosis as a turning point and blessing. It gave me the strength and courage to make changes and live my life to the fullest.