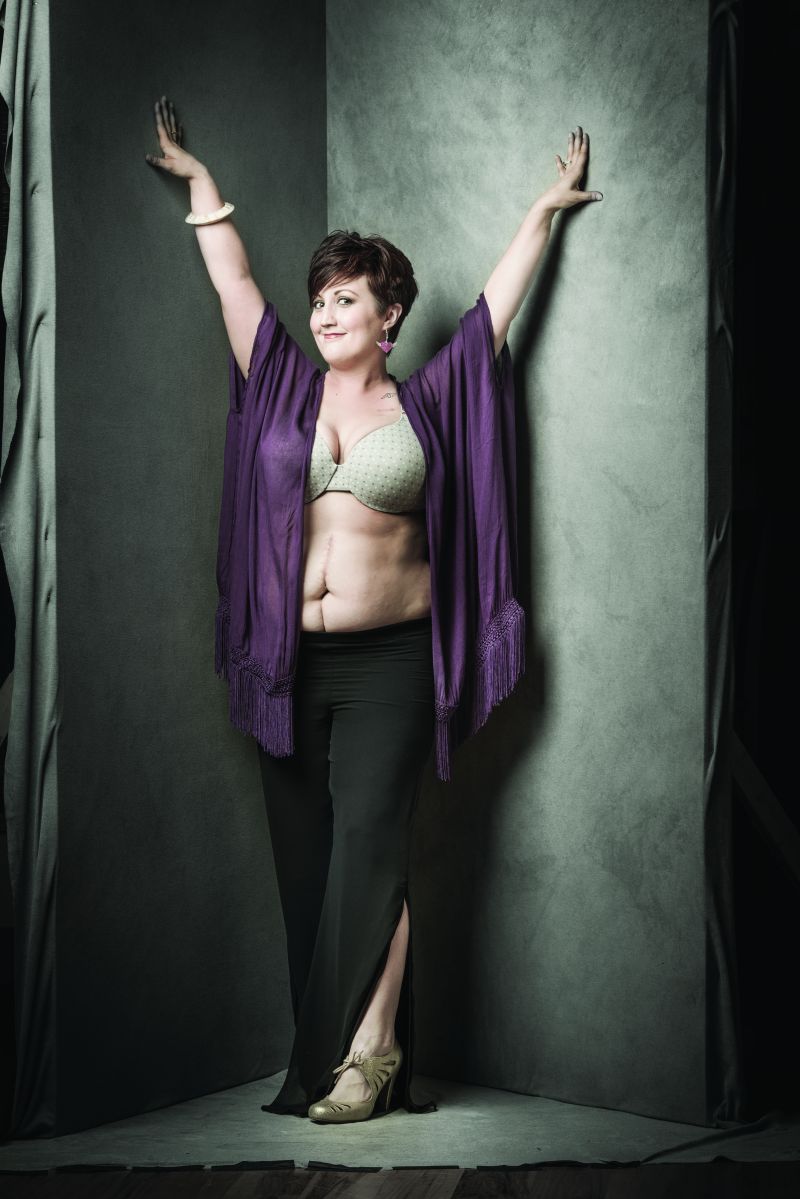 As a Conference Coordinator, Jamie Orth plans other people’s events every day. But she never could have planned for colon cancer at just 27 years old.

“Imagine this: You’re newly engaged, just bought a house with your fiancé and are busy getting ready to plan your wedding, when suddenly, your world is turned upside down with three little words, ‘You have cancer,’” she says. “It has been a hell of a ride.”

“My final straw was while I was at work one day. The pain was unbearable, and I was walking around hunched over in tears,” she recalls. “I left at lunch and went straight to my doctor’s office. I broke down right there in the exam room and said that something else needed to be done.”

The nurse practitioner ordered a colonoscopy, and during the procedure, the GI doctor couldn’t advance the scope more than a few inches. It was blocked by a large mass in Jamie’s colon.

“If my doctor would have paid attention to me in the beginning and I would have been diagnosed, would it have mattered? Would I be diagnosed as Stage IV had it been caught earlier?” she now wonders. “These questions run through my mind 100 times a day. But you can’t change your diagnosis. Stressing and getting upset or depressed won’t make the cancer go away.”

She discovered instead that the answer was to stand up and fight it, drawing strength from her loved ones throughout.

Born and raised in her beloved hometown of Wheeling, West Virginia, Jamie says she’ll never move away. But when she was diagnosed with Stage IV colon cancer, she asked the doctor, “If I was your daughter, what would you do?”

The doctor said he would take his daughter to the Cleveland Clinic. A week later, in November 2014, Jamie was at the main campus in Cleveland getting prepped for surgery.

During surgery to remove the diseased portion of her colon, the surgeon discovered cancer had spread to her left ovary, so it was also removed. Following surgery, Jamie endured six months of chemotherapy.

Her first scans after chemo appeared to be clear, but shortly after the scans she started to experience pain in her abdomen and was “doubled over” once again. Back to Cleveland Clinic she went, for a second surgery to remove the mass, which turned out to be on her right ovary.

The loss of both ovaries put Jamie into early menopause. But the news wasn’t as devastating as it is for many young colorectal cancer survivors. Jamie says she and her fiancé weren’t planning on having children anyway. They’re happy with their “fur-babies,” and currently have four, all dachshunds.

“My dream would be to have a dachshund rescue someday,” she says.

Jamie fought back hard to make sure she can dream and plan for a healthy future. She didn’t need to undergo further chemo treatments after the second surgery, since there were no visible cancer cells outside her right ovary. Still, she chose to have an additional six months of chemo just to be sure all the cancer was eradicated.

Jamie’s wedding took place a week after she finished chemo. She now sees her entire ordeal as a learning experience that could help others — especially young people. She hopes no other young person would have to go through what she did just to get diagnosed.

“I constantly am telling my story and trying to raise awareness for others who may be going through the same thing. I wouldn’t wish this on anyone, but I also couldn’t be more thankful for everything I have experienced and everyone I have met since I started this journey,” she says. “Throughout the fatigue, nausea, and sickness that chemo brings, it has also made me a stronger person. I wake up each day thankful for my life and everyone in it.”