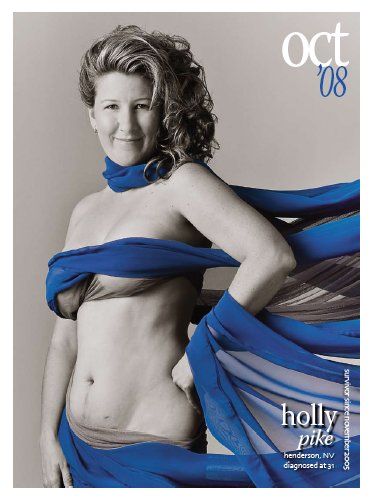 I believe everything happens for a reason.  Cancer was a wake-up call for me.  It told me slow down, quit taking everything for granted, stop and smell the roses and realize how things you think are so important are nothing compared to having cancer.  I was the single mom of a beautiful girl, president of the PTA and a freelance court reporter.  All of those things kept me very, very busy.  The last thing on my mind was colon cancer.

My story begins more than a year before I was diagnosed.  We left Las Vegas and moved to Medford, OR.  Shortly after moving there, I started walking a lot and working out, so I thought I was Miss Fitness when I dropped 30 pounds in a matter of a couple months.  I was also dieting, but nothing crazy.  The rapid weight loss should have been sign number one.  The second sign was occasional blood in my stool, but I just put it to the back of my mind.

Fast forward a year to June, 2005, and we decided to move back to Las Vegas.  My symptoms of blood progressively got worse.  I never talked to anyone about it because it’s almost a taboo subject, but one day in October, I got out one of my mom’s old medical books.  In it were these flow charts.  I followed the one for blood in the stool and there it was.  It said it could be colon cancer.  “See a physician.” I looked up colon cancer and saw that I had almost all of the symptoms, family history being one of them.  My paternal grandmother passed away from colon cancer on my 2nd birthday, March 24, 1976.  I froze.  I read on and started reading about how most likely surgery is involved.  Still I was thinking to myself, “I can’t miss work.”

I then hit the internet and instantly found The Colon Club.  I read every single one of the posts on the message board and my heart just sank.  Young people do get colon cancer.  I really felt that is what I had.  This all happened on a Saturday.  That Monday, which was Halloween, I called a gastroenterologist for an appointment.  They happened to have a cancellation for the next day and said they could get me in.

I went to see Dr. Nemec and explained all of my symptoms.  He recommended a colonoscopy for that Friday.  My mom took me to the appointment that Friday.  As they were getting me ready, I was crying.  I just had this feeling it wasn’t going to turn out good.  When I awoke, Dr. Nemec told my mother and me the news.  I was to immediately go and get a CT scan to see if it had spread.  It was late on a Friday and I vividly remember walking to the restroom after the CT scan.  I passed the nurse briskly walking with my envelope of scans and remember thinking, “She is holding my future in that envelope.”  Within a half hour, Dr. Nemec called me and told me it was not in my liver.  Still being in shock, not knowing exactly what this all meant, he was very positive and assured me it was a good thing it was not in my liver.

By the time I arrived home, my sister and best friend had already flown in from California and were waiting for me.  The weekend was a blur, filled with tears, laughter, and a whole lot of prayer.  We had to put on happy faces for my 10-year-old daughter, Madison.  I wanted more information, more knowledge about what was happening to me before I told her everything and definitely before I dropped what we now refer to my cancer as, the C-bomb.  That Monday I met with the surgeon and he scheduled my colon resection for the following Saturday.  Following the longest week ever, I had my surgery on Saturday, November 12, 2005.

During my hospital stay, the results came back that they removed 22 lymph nodes and all were negative!  That meant I had stage II colon cancer.  I now had to focus on treatment.  The oncologist visited me in the hospital and recommended doing three months of chemotherapy.  Even though there was no sign of cancer, because I was so young, I should have chemotherapy as a precaution.  I started chemo in January and ended the day before my 32nd birthday.

My parents were there for me through the entire process.  I’m now convinced it’s just as hard to watch someone you love go through cancer as it is to actually go through cancer, especially when it’s your child.  My mom went to every doctor’s appointment and treatment.  She stayed strong for me the whole time.  I am so grateful for the support of my family and friends throughout everything.  I had excellent doctors who were very proactive in my care.  If I had procrastinated any longer, my outcome would not have been so fortunate.  I urge any one of you reading this, if you have even just one symptom, please see a doctor.  Don’t let embarrassment about the subject keep you silent.