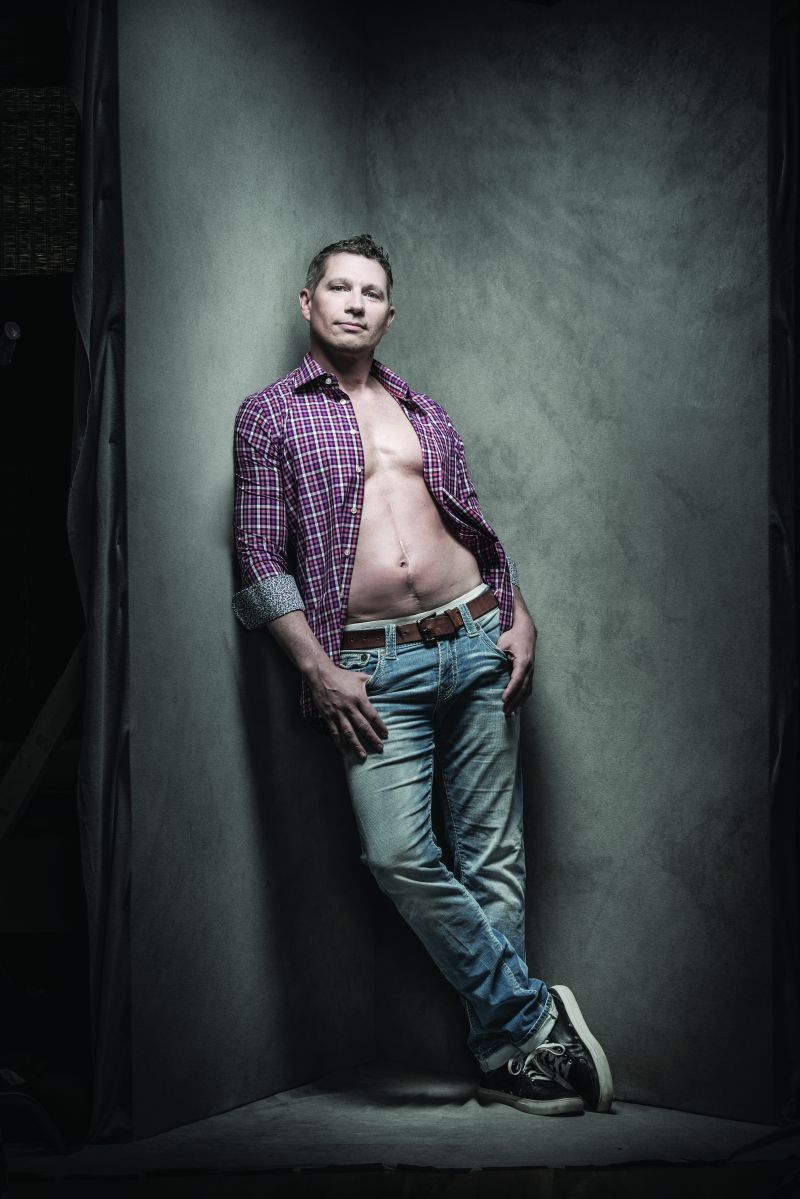 Professional figure skating weaves its way through most of Darin Hoiser’s life. He started skating at age 10. By high school he was a national medalist, and upon graduating from college, he turned professional, touring both nationally and internationally. Eventually settling down in Seattle as a skating coach, he and his partner were enjoying life until Halloween of 2012, when he felt extremely ill.

Following an X-ray and sigmoidoscopy, he was admitted to the hospital for emergency resection surgery to remove a bowel obstruction. It was confirmed to be colorectal cancer (CRC). At age 46, Darin was diagnosed as Stage IV; his cancer had spread to his abdomen and lymph nodes.

After a brief moment of disbelief, Darin switched over to what he calls “warrior mode.” Where was he only three days after his colon resection surgery? Flying on a plane to coach his students at the Figure Skating Nationals! He didn’t want to let his kids down, plus it was also the “last little bit of escapism before I knew things were going to change in a big way.” No one on the trip knew about his cancer diagnosis or surgery. He wanted his students to have the spotlight and attention that they had worked so hard to achieve.

Things “changing in a big way” didn’t slow Darin down or keep him from his own skating either. Darin coached throughout chemo even when he experienced cold sensitivity induced by the oxaliplatin in FOLFOX. His students and fellow coaches gave him electric socks and gloves. He wore a mask and cut pieces of tampons for his nostrils to keep out the cold air and control nose bleeds.

The skating community offered even more support right before Darin’s HIPEC surgery. Skaters flew in from around the country to throw a large benefit for him. The event brought together his past and present students—kids from competing clubs—who banded together to show they cared.

After HIPEC surgery, Darin used skating to recover as quickly as possible. Five weeks afterward, he was coaching. Within seven weeks, he was skating. He could feel his skating painfully breaking up his scar tissue more every day, aiding in the healing process.

“I thought it was a victory because it was really symbolic for me to get back on the ice,” he says. “The entire United States figure skating community really rallied behind me in my journey.”

Since his HIPEC, Darin’s scans have been clean for over two years. He has been an at-risk youth and healthcare patient advocate since the 1990s, where he started with AIDS advocacy. In addition to focusing on his skating coaching, Darin is working in the CRC community as both a patient buddy and to spread the messages that he holds most dear. He urges people to find out their family health history, even if estranged from their family, a particular issue within the lesbian, gay, bisexual, and transgender community. His strongest advice: Be your own health care advocate and be comfortable with the medical team you have selected. It’s a lesson Darin has learned over the course of his life.

“Be very careful that you do not feel like you are dealing with your disease alone,” he says. “Because if you are feeling that, then you have the wrong team.”

Darin was in his 30s when he told his doctor about a family history of pre-cancerous polyps. The doctor told him he didn’t need a colonoscopy, and Darin took his advice. He didn’t get the test.

He now thinks back and considers that his disease would have been caught very early, perhaps even before starting, if he had pushed to get tested. Later in his 30s, he dealt with thyroid issues. “It made me realize you have to be a huge advocate for yourself,” he says.

When cancer hit in his 40s, the earlier experiences helped him make up his own mind. He decided to go through the demanding HIPEC surgery.

Within a day and a half after his surgery, Darin walked 17 laps around the hospital to complete a full mile. “I was really set on one mile even if I had to shuffle!” he recalls.

He continued to walk a mile each of the nine days that he remained in the hospital. He was defiant in his recovery and knew he had made the right choice in having the surgery.

“My goal was to obliterate cancer from my body,” he says. “Whatever that would entail doing, I was willing to do.”