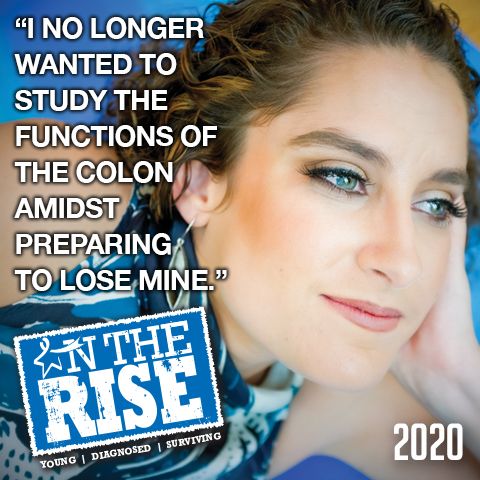 I played by the rules. I got good grades, graduated from an elite college, lined up a fantastic job, never drank more than a few sips of alcohol until I was legal, stayed away from drugs, and volunteered in my communities. I ardently abided by the rules as they seemed to promise success and yet, unbeknownst to me, my body was playing by its own set. On the morning of July 5th, 2011, I woke up following the rules which took the form of colonoscopy prep guidelines; and, upon receiving a Familial Adenomatous Polyposis (F.A.P) diagnosis, was thrown into a world of chaos.

Amidst the post diagnosis distress, one of the more challenging things has been grappling with the existence and expected benefits of rules. I found it frustrating that, while defined rules clearly exist internally as F.A.P.’s numerous complications make sense and are initiated by our genetic code, these rules remain largely unknown to those of us subjected to their fallout. Consequently, no comprehensive, standard protocol exists to screen for F.A.P.’s impact beyond the colon, leaving patients to assemble piecemeal guidelines and hope for the best.

After a year of deep-rooted depression induced by my diagnosis, I gingerly began following the rules again as I moved forward with my life and past my disease. Embracing my other diagnoses, an active travel bug and chocolate addiction, I took a job in Indonesia and delved into the world of baking. I even picked up my MCAT study guide that I had previously discarded as I no longer wanted to study the functions of the colon amidst preparing to lose mine.

Shortly after, I developed a desmoid tumor above my proctocolectomy incision. I felt betrayed by my body, by my medical team who dismissed my concerns about my increased risk for desmoids since they rarely occur, and, most importantly, by social conventions. Again, I struggled to understand my misfortune despite playing by the rules. I reluctantly heeded my doctor’s advice and had a proctocolectomy. I started putting my life back on track just as everyone urged and yet, at the very moment I accepted that F.A.P. didn’t need to dictate my life, it resurfaced. Thrust back into a slew of appointments with various doctors vaguely knowledgeable about F.A.P., each insisting upon a different path, I needed to guess which version was right for me.

We find ourselves desperately trying to discern the right way from the wrong way to handle our rogue body when realistically there is no universally correct approach to dealing with chronic illness. There are no rules. Outsiders insist we uphold a postdiagnosis life of positivity either by carrying on with our life as if unphased or on the flipside, by drawing motivation from our disease and doing something incredible as a result. However, these expectations can be difficult when your illness undermines your body’s ability to observe commonly accepted societal rules such as not soiling your pants past the age of five. Sometimes I feel FAPulous and driven by F.A.P. to do neat things I wouldn’t have done otherwise, but other times, my disease makes me feel crappy literally and figuratively. I believe I am justified in both opposing reactions.

Although we are rule breakers, we are not outliers alone in our health-related experiences. It took time for me to accept that I was more than this disease and that this disease was more than me. When I finally felt ready to connect with others who could relate, I found myself in an elusive game of hide and seek. I identified with those whose bodies defied traditional conventions through a rarely seen mutation and cancer far earlier than expected. To ward off isolation, I needed to help develop and strengthen these communities. My communities. So, I waded beyond my comfort zone and turned to YouTube where I created the first channel for people with F.A.P. My small-scale efforts at establishing supportive avenues led me to realize that violating rules can result in progress far grander than what I previously sought from following the rules. In a world inundated with rules, I do struggle to find my place as a rule breaker and sometimes just feel broken. However, I take comfort in my unique ability to encourage others to think out of the box and break rules with me for the sake of advancement.