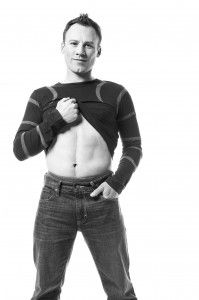 It started with diabetes at 27

I have always enjoyed a healthy, active lifestyle despite my dealings with disease, which I am no stranger to. On January 27, 2000 at age 27, I was diagnosed with Type 1 diabetes after a bout of unusual weight loss, fatigue and extreme thirst. It was life-changing. I had to learn how to test and manage my blood sugar which seemed to be an insurmountable task. I also had to relearn how and what to eat and exercise. Six months after my diabetes diagnosis, I ran my first 10K race – the Bolder Boulder – in 43 minutes, definitely a respectable time. This was huge for me. I felt like I had my life back and it catapulted me into taking back control of my health. Although I’ve had some missteps along the way – a few that even lead to 911 calls that saved my life, I had accepted the diabetic lifestyle. This was my introduction to chronic illness.

Looking for a parasite

Several years later in 2008, I began have abdominal pain. At first, I really didn’t think much of it. In June of that year, I spent some time in Honduras. I was learning how to scuba dive and enjoying an amazing adventure. I’m a big fan of world travel. Toward the end of my trip I started having pretty bad abdominal pain and my first thought was that I picked up ‘Montezuma’s Revenge’ from either bacteria or a parasite. It did turn out to be a ‘parasite’ but not quite what I had expected.

When I returned to Colorado, I made an appointment with my doctor. He did some blood work but didn’t find anything wrong and referred me to a gastroenterologist. So I made an appointment with a GI doc in July. My GI doc did a quick evaluation and was unable to make a diagnosis but sent me home with some probiotics. I explained to the doctor that I was in enough pain that I had considered going to the ER, but my doctor did not seem to think that anything was wrong. At least he could not find anything wrong. I felt like I had been quickly dismissed as some kind of hypochondriac so I decided to try another doctor. Still thinking that I might have a parasite from my travels, I went to see a tropical disease specialist. He also did blood work but did not find any sign of infection or parasite although he did make note that I was very anemic. That was the only thing I had to go on.

The pain came back

Frustrated with my doctors, I continued on with my life and for a little while, things seemed to improve. But by October, my symptoms came back with a vengeance. I became extremely fatigued and was having a lot of abdominal pain again. Trying to maintain normal life became impossible. I went back to my original doctor. I tried antibiotics, herbs, massage, acupuncture -  anything that I could get my hands on, but nothing helped.

It was the last day of the year and New Year’s Eve I celebrated with a big dinner. It would be one of the last things I ate for several days. The next day I was snowboarding at Breckenridge and had to stop because I was in excruciating pain. I drove back to Boulder and went back to my GI doc where they performed an ultrasound of my abdomen. The ultrasound showed nothing and I was beyond frustrated at this point. I had no clue what could be wrong, but I demanded that they do something else and it was then that they finally scheduled an endoscopy and colonoscopy.

I sat on the couch for the next few days suffering. I tried to prepare for the colonoscopy but was unable to drink the prep without it coming back up. It had nowhere to go. I was blocked and miserable.

I went in and was put under for the procedure. The next thing I knew I was in a frantic doctor’s office and being carted off in an ambulance to Boulder Community Hospital. It didn’t take long for the doctor who had dismissed me to discover that my transverse colon was nearly completely blocked by a tumor. I needed surgery immediately. I was still groggy from my procedure when I got to the hospital. I quickly found myself meeting with a surgeon. It was an unbelievably intense experience. Everything was suddenly happening at warp speed. My surgeon, a young woman in her 30’s, was also a cancer survivor. She explained what the situation was and told me that I was likely to wake up with a colostomy. I asked her to do everything she could to avoid that. Shortly after our conversation I was prepped and taken into surgery. I could not believe what was about to happen.

I woke in A LOT of pain - wow! But no colostomy! I spent the next 10 days in the hospital recovering. It was determined that the tumor was cancer and that it had spread to three lymph nodes. I don’t think any cancer survivor will ever forget the moment their doctor tells them they have cancer. It hit me like a ton of bricks. Diabetes now F****ing cancer!? Seriously??!! How could this be? I had always been the healthiest person in my family. I still am. I often tell people that besides diabetes and cancer I’m a pretty healthy guy  It usually gets a good laugh but it’s true! The next seven months were not easy. I recovered from surgery and began 12 rounds of chemo. Chemo sucks. Period.

I did my best to get through it and one day came across an article that said that exercise can improve survival rates in colon cancer patients by as much as 50%. Wow! Suddenly, I felt like there was something that I could do. I wasn’t simply at the mercy of this evil disease. I began running again. Running during chemo is not easy but it gave me hope and also helped me bounce back from treatment. I felt like if I could run I could beat it. I could get stronger. Stronger than my cancer. My first runs were more like brisk walks. I got passed on the path by everyone, high school girls, grandmas etc. I continued running up through my tenth round of chemo. My last run during chemo was the first Undy 5000 in Denver. I took 2nd place in the survivor category. It was great but I was feeling really wiped at that point and decided to take a break to finish up chemo. I made it through 12 rounds of chemo. I was exhausted but ready to get on with life!

Back to adventures and travel

Two weeks after finishing treatment I was invited to join a group of young adult cancer survivors on a kayaking adventure in Colorado with First Descents. It was exactly what I needed – an outdoor adventure with some of the most inspiring people I had ever met.

Life was definitely happening again and I had a new-found appreciation for it in a major way! When you are given another chance at life you want to make the most of it. Having survived diabetes and cancer I felt really empowered and wanted to see what else I could do. One year after completing chemo I joined Sean Swarner – the 1st cancer survivor to climb Mount Everest, Mindy Boyum – a woman who lost her leg to cancer and a group of supporters on an expedition to climb Mount Kilimanjaro. It was an amazing experience in many ways. When I got home I continued challenging myself and ran my first half marathon in Denver. One week later I ran my second in Los Angeles and a third 1/2 marathon in Chicago with a personal record of 1:38. I ran my first full marathon in Oct. of 2011 in Denver and my second a month later in the New York City Marathon with Team First Descents. My travels have taken me on adventures in Costa Rica, Nicaragua and Panama. My next adventure is trekking Machu Picchu in Peru with First Descents!

I feel very lucky and grateful for the life that I have had. There have certainly been some tough times but they make the good times all that much sweeter. I wouldn’t change a thing.