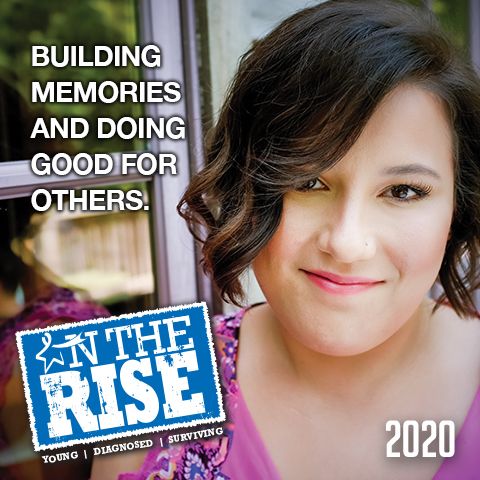 Sometimes I let myself really think about my husband Pete’s prognosis. I feel it deep inside a place I normally protect under an armor of dark humor and sarcasm. It tends to creep up on me and it’s in those moments that I let myself truly feel the pain in the way that makes it hard to breathe. After a few minutes, I pack it in and pretend it never happened. What other choice is there? All of us face devastation, and then fight to pick ourselves back up, but colorectal cancer (CRC) warriors do this every single day. Add that to the misconceptions around this disease, and CRC patients and their caregivers end up feeling isolated and unheard.

No one has ever described me as “quiet.” I have always been one to speak out. That said, I am a particularly sensitive individual and tend to empathize with others to a degree that can sometimes be burdensome to my soul. I always knew I wanted to spend my days being a positive influence on our world, and that led me to becoming a teacher. Although one of the most challenging jobs I’ve ever held, I couldn’t imagine one that is more rewarding. I am a better person and mother because of the kids I have the privilege of working with. They inspire me to be the very best version of myself; and, even though my husband’s illness is not a burden I bring into my classroom on purpose, many of my students know of our fight and surround my family with love and support.

Peter and I both grew up in New York less than five miles away from each other on the North Shore of Long Island. We didn’t meet until our mid-20’s when we worked together at a local bookstore. That minimum-wage job was the best thing that happened to me. It brought me the man who would start out as a great friend and evolve to be the person I wanted to build my life with.

A few years into our relationship, we got married and then decided to relocate to Austin for a better quality of life. We’ve been living in Texas for nearly seven years and we have dealt with a lot of “life” since moving out here.

I have a disease that was undiagnosed and was causing intracranial hypertension, which ended up nearly blinding me our second year living in Austin. In order to save my vision and treat the disease, I underwent two brain surgeries, once in 2013 and again in 2014. Just as I recovered from the trauma and upheaval of my own condition, we found out we were pregnant with our son. This was the single best blessing this life has handed us.

It was in the year that followed my surgeries and my son’s birth that Pete’s symptoms really started to show. He was so concerned about us, that he didn’t take care of himself. He didn’t mention the pain he felt on his lower left flank, or the extreme exhaustion making it nearly impossible to survive. He had lost a little weight, and no one questioned it. We were supposed to be exhausted as new parents. It all made sense, until I looked at him a little bit closer and saw how grey his skin had become and how sunken his eyes were. I begged him to go to the doctor, who immediately sent Pete to the hospital after seeing his low hemoglobin count, and the rest is history.

A week in the hospital and a terminal, inoperable diagnosis later, our life changed forever. It will now be defined in two parts: the years before diagnosis, and the years after. Facing potential death put life into perspective. In the time since CRC attempted to rob us of our happiness, I have truly come to understand how fiercely I love my husband and son. I’d give anything to save either of them from any pain and suffering.

Unfortunately, wishing this all away is futile, and we are left with this crappy hand we’ve been dealt. Our only option is to keep moving forward, build memories together, and do good for others. It’s a pretty simple formula, and it leads us down a path I can be proud of. Pete and I have found love from near strangers in the CRC community. Now that we are full members of the CRC warrior club, it is my hope to do good here and spread the word.