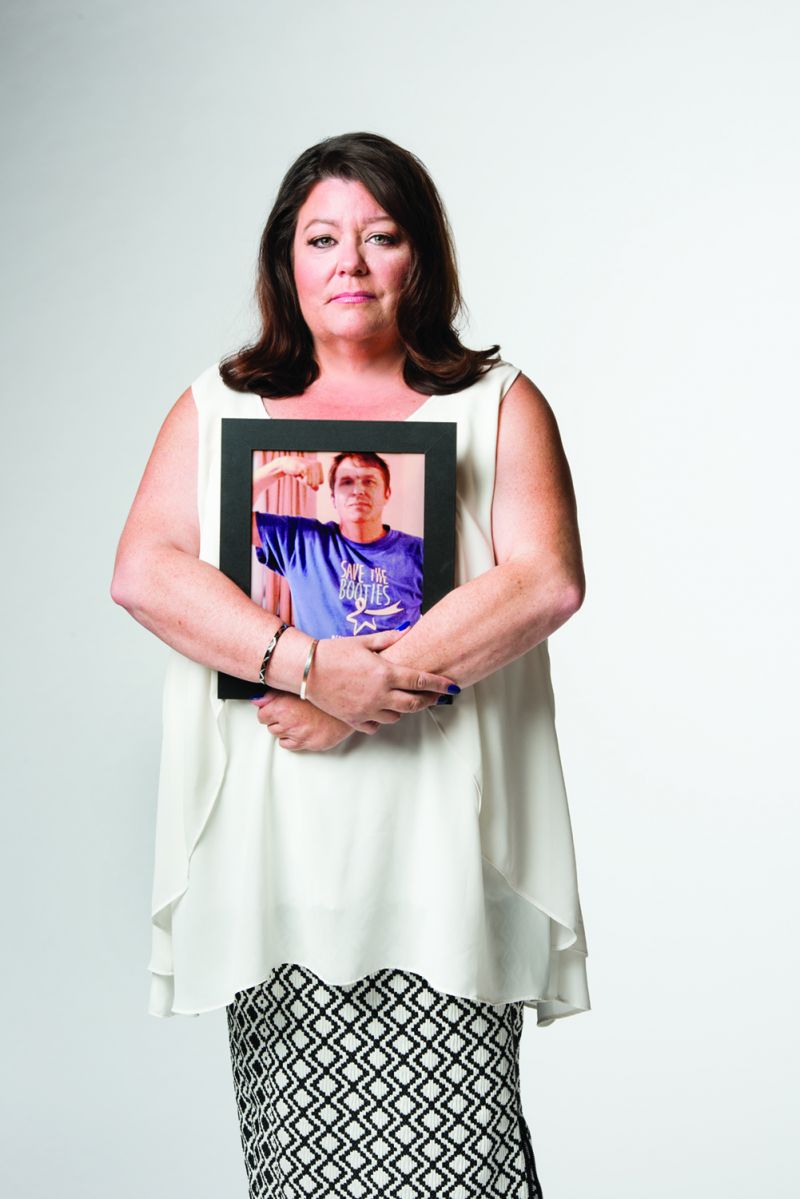 Nathan was known in the colorectal cancer world as a passionate advocate who lived life well in spite of being diagnosed with Stage IV colon cancer in 2015. As an electrician, his logical mindset drove him to immediately research everything that he possibly could about cancer, mutations, trials, and statistics. He could see that it was not good news, so Nathan became the family’s protector. He kept out all the
negativity that cancer can bring, leaving only hope for himself and his family.

Most people think about the pain and destruction that comes with cancer, but Nathan was not “most people.” Nathan took pleasure in his daily walks to exercise and clear his head. His endless walking became iconic, whether it was just around the block or in a local 5k. He inspired others to get up and out to fight instead of succumbing to the disease, so Colon Cancer Coalition named a 1.5-mile walk in Portland, OR, in his memory. When Nathan was not out smiling during one of his daily walks, he could be found on his phone talking to a fellow patient about their current course of treatment, a newly diagnosed patient about what to expect, or consoling someone on the passing of a mutual friend. His wife, Michelle, saw him gain a level of compassion that she had never imagined possible. Cancer gave him his life purpose as an advocate. On the Rise asked her about her experiences by his side.

What was the biggest challenge for you as a caregiver?

Always worrying about Nathan…if he needed anything, if he was ok, if he was comfortable…making sure that he was comfortable and had everything he needed so that he could get better. I didn’t really have any fears because I never allowed myself to think that it was terminal. I kept thinking, “He’s not going to die.” Even when friends and family tried to tell me that people don’t come back from this, I answered confidently with, “He will.” I know people think of denial as a negative thing, but in our case it worked for me.

How did Nathan’s cancer affect your family?

We have a complex family, bringing together seven kids from former marriages on both sides. There were definitely challenges in becoming an integrated family, but when Nathan got sick, he became a person who unified our family and it actually brought us all closer. When he died, the whole dynamic of the house changed. It was hardest on his youngest daughter, Ruth. He comes in her dreams to tell her that he will always be with her and that I will always take care of her. I need her now just as much as she needs me.

How did cancer save your marriage?

Nathan and I had been struggling. We fought, didn’t agree on much, and life was hard. When we found out that he was sick, it brought everything into perspective. It wasn’t a conscious change. It just happened. We never fought when he was sick. He never asked me for anything. We were a team again. I just knew what he needed and I was there for him. We were in love again and he would text me “muah” kisses fifty times a day. We had always talked about traveling once we retired, so in 2016 we decided to cash out his retirement account and we traveled. It was like we were newlyweds.

I don’t know how to grieve. I don’t know how to be alone. I am so mad sometimes and so utterly sad at other times. I loved him so much and I could just feel how much he loved me. Even thinking about it now it gives me goosebumps. I only had seven years with him, but it felt like more. I finally found my true love and then I lost him. I’m confused and scared and lost. I don’t feel like this is about me at all, but I’ve told other caregivers that it is about them because they’re going through it, too. It’s like when you’re on an airplane and they tell you to put the oxygen mask on yourself first. You’re no good if you can’t help them because you’re incapacitated. It’s important for them to take care of themselves, but I don’t let myself feel it. I don’t take my own advice. I haven’t really dug deep.

What is the goal/purpose in your advocacy?

Nathan didn’t have a life purpose until all this happened. This is what meant most to him. Even though it was short-lived, it was so important to him. His wishes are what I would want to carry on. I don’t want his death to be without meaning.