STAGE IV COLON CANCER| Colorado Springs, CO
“But in the end it’s only a passing thing, this shadow. Even darkness must pass. A new day will come” - JRR Tolkien

You will not find a Friday evening at Jared Watson’s house a boring endeavor.  While playing the board games he collects, you can listen to his vinyl record collection. After all of that, he might pour some cups of craft coffee (another of his passions) and tell the story of how he was diagnosed with cancer and, as a result of treatment, had to learn to walk again.

Jared began feeling abdominal discomfort in February of 2017.  Being 27 years old, he didn’t think much of it, but symptoms worsened. Over a four months, he went from using the bathroom dozens of times a day, to finding blood in his stool, and then advanced to daily vomiting. During this time, he had lost nearly 50 pounds. Even then, his doctor assumed the worst-case scenario was Crohn’s Disease, a type of inflammatory bowel disease that, though serious, is not cancer.

Then his wife Nicole, a registered nurse, stepped in.

The life-saving colonoscopy she demanded found a softball-sized tumor protruding from his colon wall. A colectomy (complete removal of the colon) and temporary ileostomy followed. He had been diagnosed with stage III colorectal cancer and identified as carrying the gene for Lynch Syndrome. Chemo followed, as did intense pain beyond the usual nausea and discomfort that comes with the process. The cancer had spread to the area around his sciatic nerve leading to incredible discomfort. Neverending attempts to get comfortable through hours of yoga and stretching brought little relief.

The chemo was not working, and the tumors were growing.

Jared was placed on a newly released drug, Keytruda, which both saved and altered his life incredibly. Six months into treatments, the tumors began to shrink. His doctors at MD Andersen continued the treatment for another eighteen months.

In 2019, Jared and his wife travelled from their home in Kansas City to Houston for an annual checkup. It was supposed to be a two-day trip, and he was there a month. After that month he would have to learn to walk again.

During his exam, he mentioned to his doctor that he had been losing feeling in his right foot. He was admitted as an inpatient, and testing began. During testing, the symptoms became increasingly worse. His toes turned purple and lesions appeared on his legs. The other foot lost feeling and he was unable to walk. He had experienced an extremely rare reaction to the drug and developed vasculitis, the destruction of blood vessels by inflammation, in his leg.

The recovery would take over two years. After all that, however, Jared insists that the lifesaving effort was worth the painful recovery. The cancer was under control.

Jared credits his mother-in-law as a strong supporter of him and his wife during treatment. When they found out they would be in Houston for a month and had only two days of clothes,  she drove supplies down and arranged for them to be taken in by family friends.

Jared’s Lynch Syndrome diagnosis sparked an interest in his family tree. His older twin brothers were tested and came back positive (one of whom was found to have colon cancer a month later). He researched his family tree and found relatives he was previously unaware of, who had the condition but hadn’t made it known.

Jared had a weakened immune system due to treatment, making the COVID-19 experience an especially traumatic and reclusive time. As he puts it, “I became a hermit.” In May of 2021, he had his first vaccine. Then a second. Then a booster. Then another. Unfortunately, his immunity situation is one where his body is not reacting to the vaccine in a way that will give him suitable protection. He and his doctors hope his fifth will do so, allowing him to get back to social interaction and the barista life that he previously enjoyed.

Jared’s advice to a newly diagnosed cancer patient is to use as many resources as you can. Don’t be afraid to ask for second opinions - your doctor will not be upset. Talk to other patients and find out about their treatments and pitfalls. Arming yourself with information gives you the power and clarity to deal with your diagnosis.

Now approaching five years from diagnosis, Jared and his wife have relocated to Colorado Springs. Cancer has been a wakeup call for him and his wife to get going with the things they want to do in life. Free from a cane, he enjoys hiking in the mountains. His in-laws, who were such an incredible support through treatment, have since retired and moved in across the street. His family will be there in his ongoing recovery. Every step of the way. 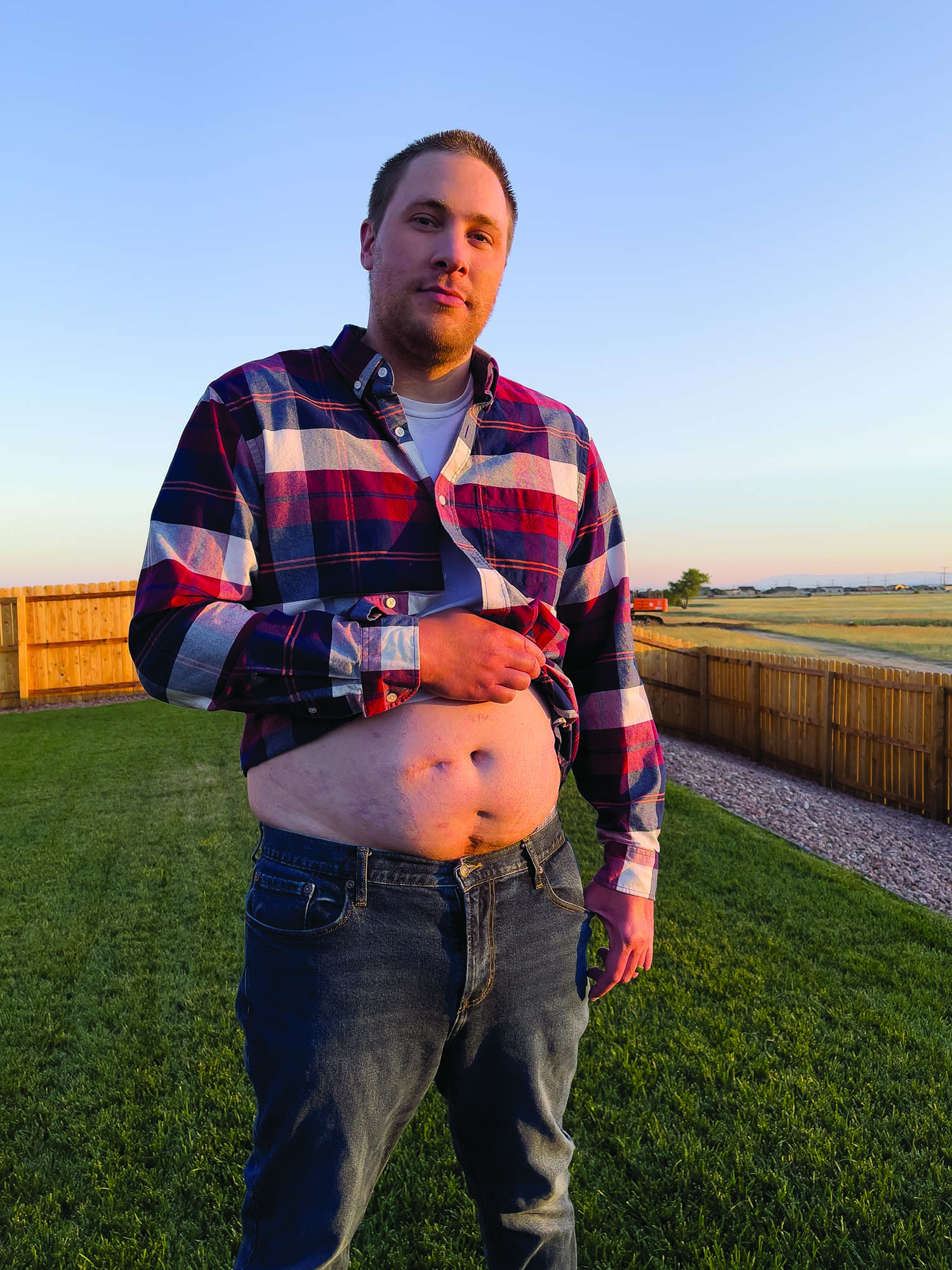 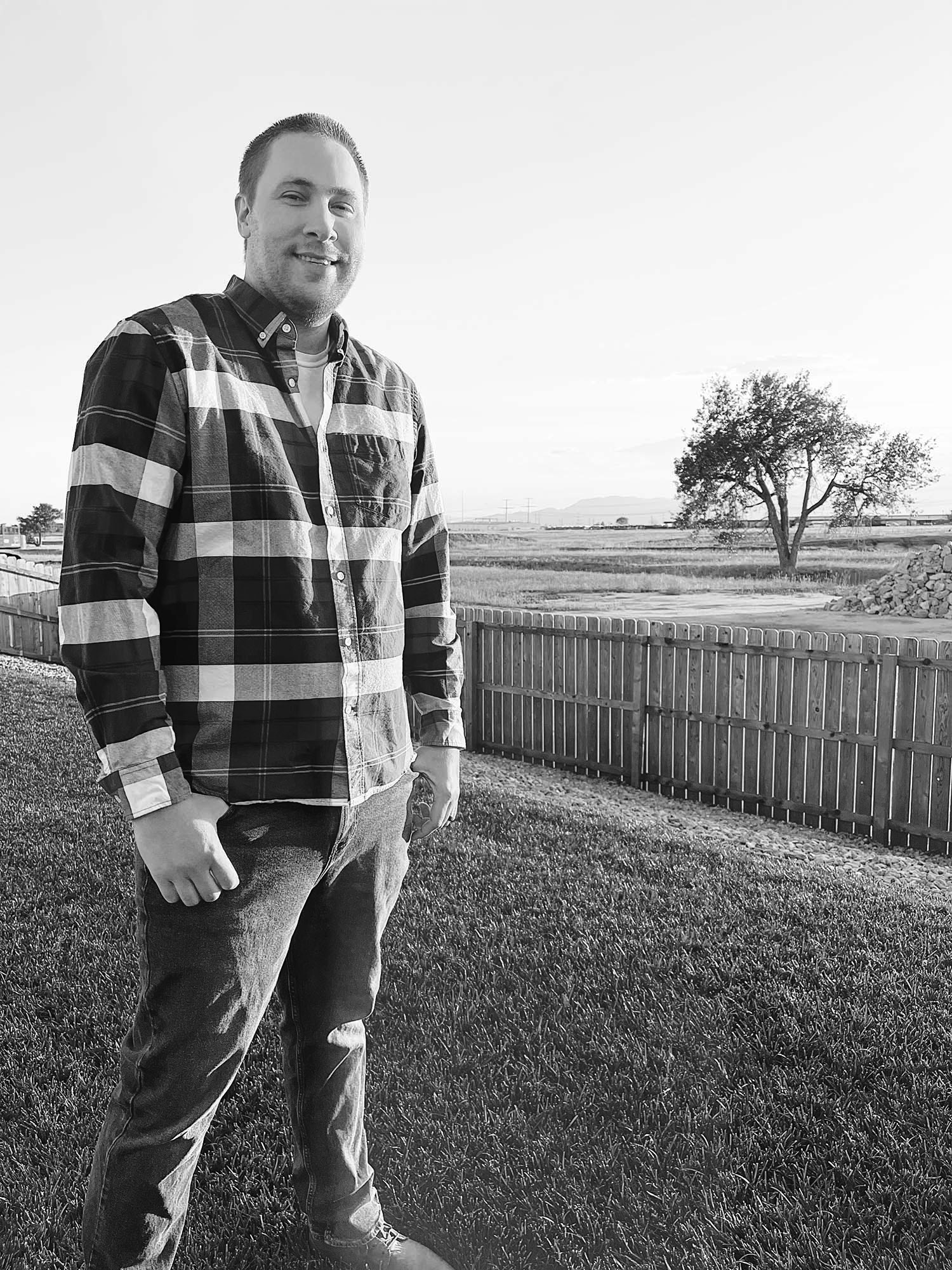