STAGE IV COLON CANCER| Clinton Township, MI
Cancer does NOT define you, the things that happen in our life do not define us; how we work through them and grow from them is what makes us stronger.

Defining herself through advocacy

When most of us are just graduating high school, we’re given a chance to spend a bit of time figuring the world out and our place in it.  A chance to do some dumb things in college, pursue a fantasy job of some kind or just marinate in the world as it is until the reality of adulthood sinks in. Our futures are wide open.

Erin Verscheure was thrown in the deep end of the pool.

Erin visited a hospital often but never as a patient. She worked in the coffee shop, where she developed an affinity with and an admiration for the hospital staff.  She never thought that soon it would be them helping her.

In 2016, Erin noticed blood in her stool. At first, she didn’t think it was a big deal and just went on with her life.  When symptoms worsened, she told her mom. Her mom was sure it was just hemorrhoids but scheduled an exam to make sure.  After the first blood tests, she remembered the doctors telling her they believed it was just the results of a bout with salmonella (food poisoning).

They would call back the next day and redirect Erin to a gastroenterologist.  The GI assumed initially that Erin had Crohn’s Disease, a chronic inflammation of the bowel, but made sure to schedule her for a colonoscopy as soon as possible.

The colonoscopy showed a large tumor, but testing would have to wait to show whether it was cancerous. A few days later, while in her college English class, the topic of colorectal cancer came up, and Erin googled it to find out more. When she arrived home later that day, her mom sat her down and told her she indeed had colorectal cancer.

Erin remembers her mom giving her the strength for the upcoming fight saying, “We are not going to cry or feel sorry for ourselves. We are going to get through whatever gets thrown at us.”

A lot would be thrown at them. Despite having great support from her family, especially her mom and Nonna (grandma), Erin still felt a bit alone.  There was no one to talk to that would understand her unique experience. Her best friends, April and Meaghan, were by her side consistently, but even they couldn’t understand exactly what she was going through.

The doctors opted for chemo and radiation prior to surgery but held off on a definite staging to give them options. The assumption at the time was that she was somewhere between Stage I and II.

Then came surgery. When the doctors went to remove the initial mass, they found what the CT scans had missed, and cancer had spread to her uterus and abdominal cavity.

She was Stage IV.

Erin remembers how people reacted differently to her when they were told she was Stage IV. With Stage II, people expressed regret, but with the Stage IV, they looked at her as if death was imminent, and they looked at her like her future was closed. She wanted to feel normal, to be looked at normally again.

Some cancer patients go through a dark period immediately after diagnosis or during treatment. Others who have struggled through and found themselves NED (No Evidence of Disease) find that dark place called survivor’s guilt.

This was the case with Erin.

At the end of a harrowing year, she reflected upon her experience and once again felt alone. She asked herself, “Why?”  Why did she have to have cancer at such a young age, and why was she able to survive Stage IV colorectal cancer when so many others did not?

Then the answer came to her. She had cancer, so she could beat it and tell her story.  Her advocacy was to be the person she needed to talk to during treatment. She wanted to reach out to newly diagnosed young people who feel alone and let them know that she had walked the same path.

She still gets anxious when it comes to scans, but her boyfriend Andrew (her after cancer caregiver), and her cancer dog, Stella, are there for her. And five years later, Erin is still cancer free. Her future is wide open. 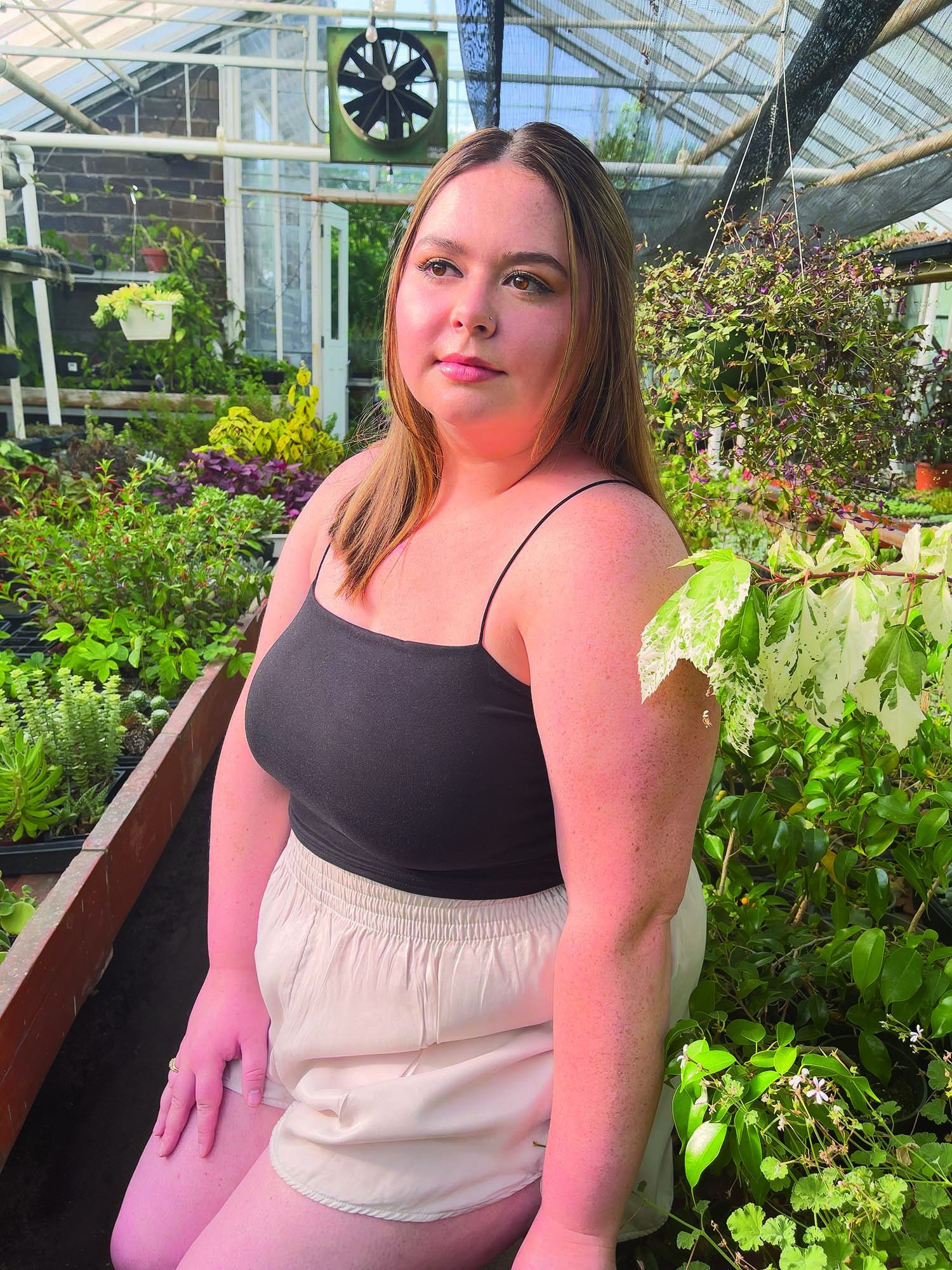 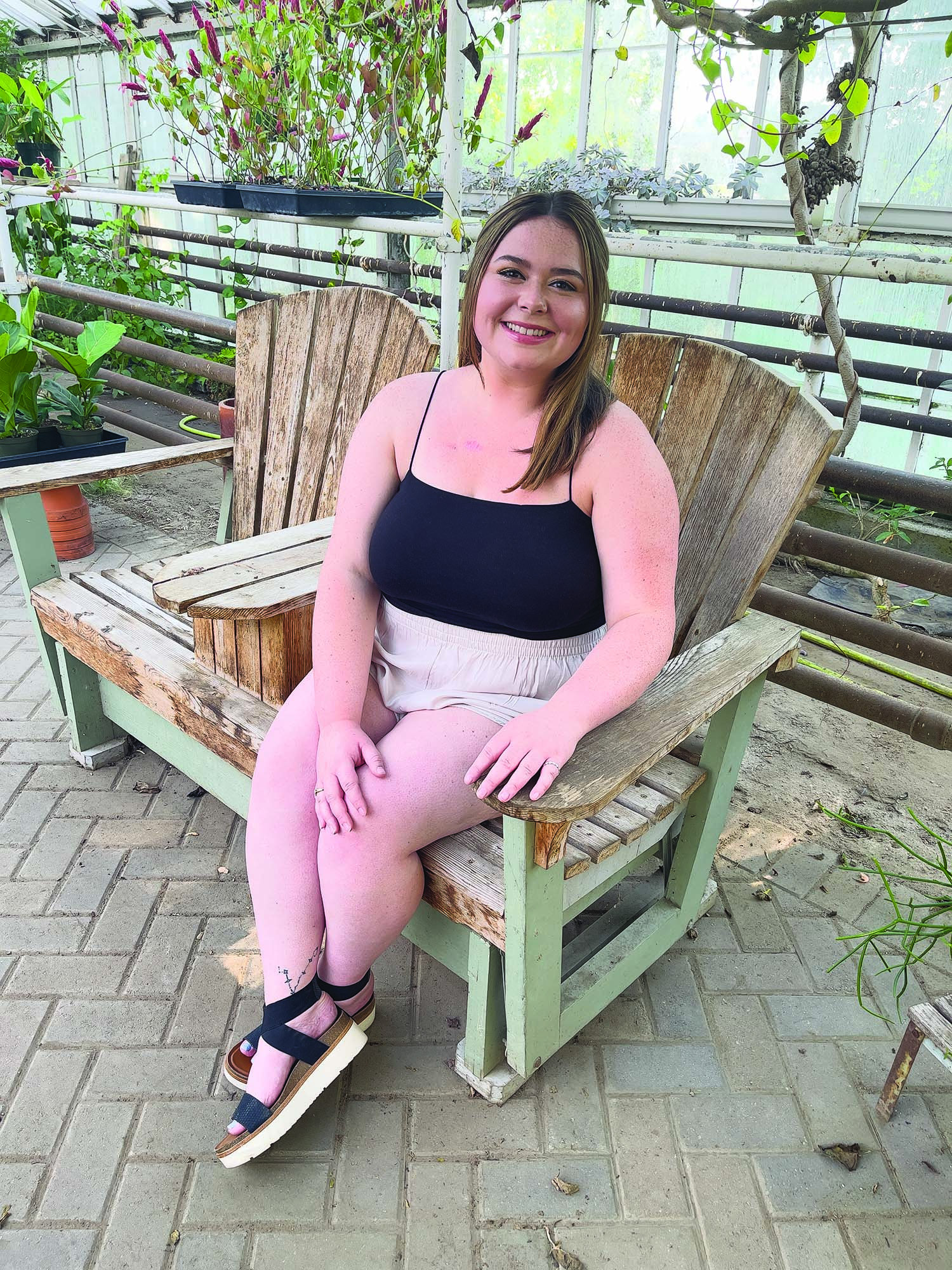