STAGE III RECTAL CANCER| Surrey, BC
Life isn’t about waiting for the storm to pass it’s about learning to dance in the rain... - Vivian Greene, Author/motivational speaker

Fighting Cancer by the Numbers

Life was just hitting stride for Catherine “Cat” Perka. Things were going according to plan, and life’s checklist was being ticked through accordingly. She was 32, recently married to her longtime boyfriend Dan, and building her dream career at an accounting firm in Surry, Vancouver. They had a lovely house and money in the bank. She had recently found out she was pregnant. The hard work of setting and accomplishing goals was paying off. They would have a family. They would vacation in Hawaii before the Vancouver winter set in, and at a nearby family cabin at a lake in the summer. The blocks she had worked so hard to arrange were all set up.

Then came the wrecking ball.

Cat had been told she was too “young and healthy” for there to be anything to worry about with the alarming symptoms she was having in her bowels. These included blood in her stool, bloating, changes in stool patterns, and overall pain and discomfort. It was January, and they scheduled her sigmoidoscopy for May. Being so young, there seemed no need to rush. She and her husband decided to go on living their lives.

In March she found out she was pregnant.

In May she found out she had Stage III colorectal cancer.

Cancer forces difficult decisions. Cancer when you are pregnant makes some of those decisions nearly impossible to contemplate.  Cat summed it up this way, “You’re already grieving so many things with the diagnosis and then there is this whole new layer because of the situation of the pregnancy.” Many women facing the loss of fertility due to cancer find themselves both overwhelmed and lacking in the necessary discourse to work through the decisions that need to be made. Doctors are so focused on saving a life that everything else becomes secondary, no matter how important to the patient. Terms like treatment-induced menopause and infertility seem like additional side effects, given no more emphasis than basic symptoms like nausea and fatigue. Saving a patient’s life sacrifices the life they had planned.

Cat credits her mom for snapping her out of a brief period of indecision and getting her and her husband to focus on the future beyond cancer. Cat’s mom told her that while her focus was on beating cancer, she also needed to realize that afterward she would have a life to live. Cat made the difficult decision to terminate her pregnancy and to move forward with fertility treatments.

Things moved quickly after that, with egg harvesting followed by 25 doses of chemotherapy. Shortly after chemotherapy came surgery, a lower anterior resection with a temporary loop ileostomy (the ileostomy was later reversed). Her treatments would take her into the pandemic, wrapping up on April 1st of 2020.

Cat’s hope for advocacy is to be the voice she needed to hear when she was diagnosed, especially when it comes to the often overlooked area of cancer treatments and fertility. Her advice for someone who has been diagnosed is to try and remain positive and stay as active as possible, even though those both can be tall orders at times. While she warns that internet advice and research should be taken with a grain of salt, as everyone’s cancer and situation is unique, she credits social media for connecting her to countless other fighters and survivors who helped her in her time of need.

Like many patients who are NED she still faces “scanxiety”. Having already received horrible news, it is almost natural to prepare to receive it again come the next scan. As she puts it, “there is the fear of once again losing what you have, what you have built back.”

Her scans to current as of January of 2022 showed her as NED – No Evidence of Disease.

One of Cat’s inspirational mantras is, “Life isn’t about waiting for the storm to pass…it’s about learning to dance in the rain.’’ This reminded her to live in the moment throughout cancer and reinforced that this experience is just part of her journey.

And now, nearly three years later, her journey continues.  She and Dan are looking into surrogacy using the frozen embryos she harvested. She is now a manager at her firm. There will be trips to Hawaii (where they got engaged) and trips to the family cabin by the lake.  The blocks that make up her life have been put back together, stronger now with the blocks labelled Survivor and Advocate as part of the foundation. 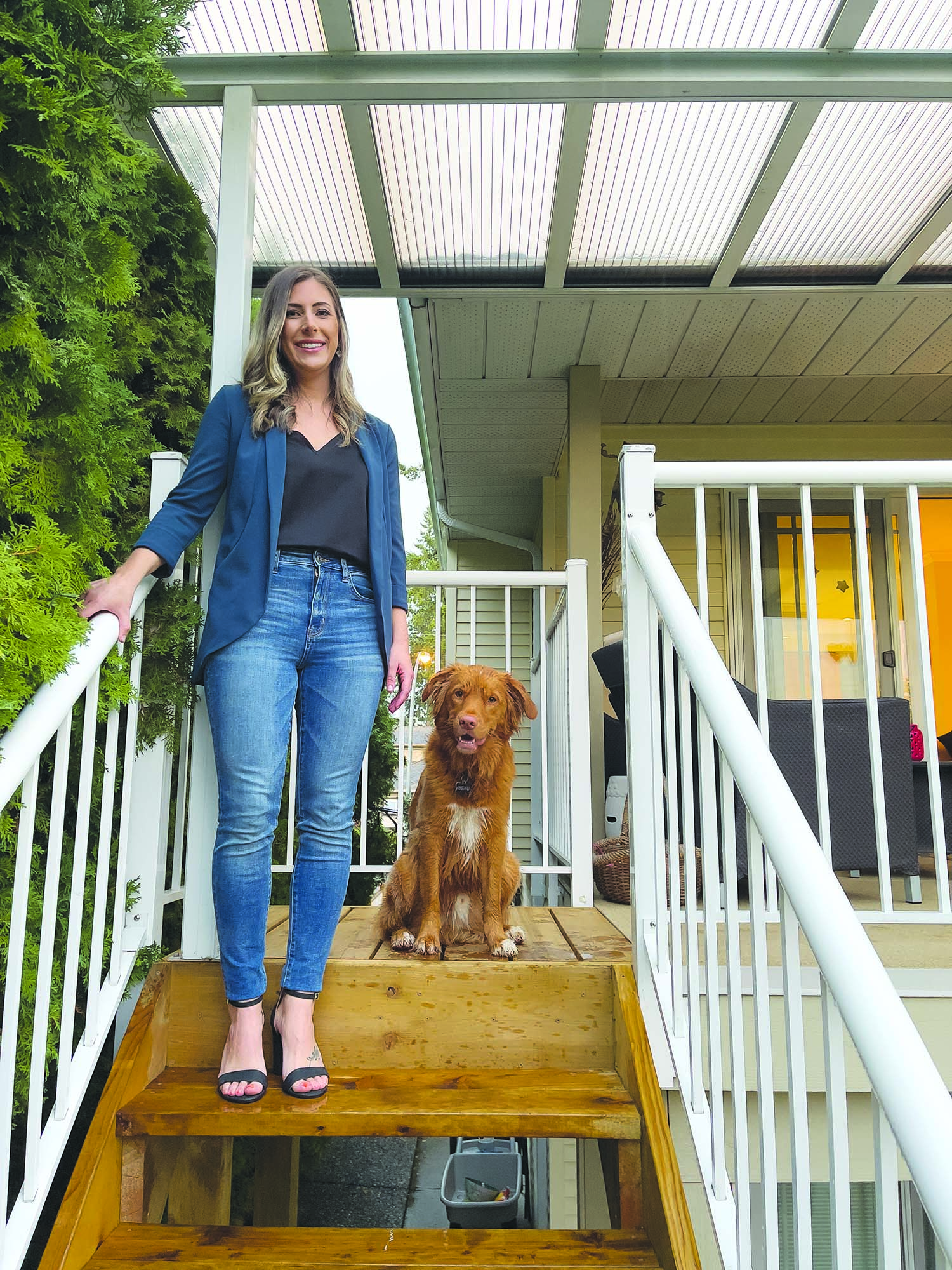 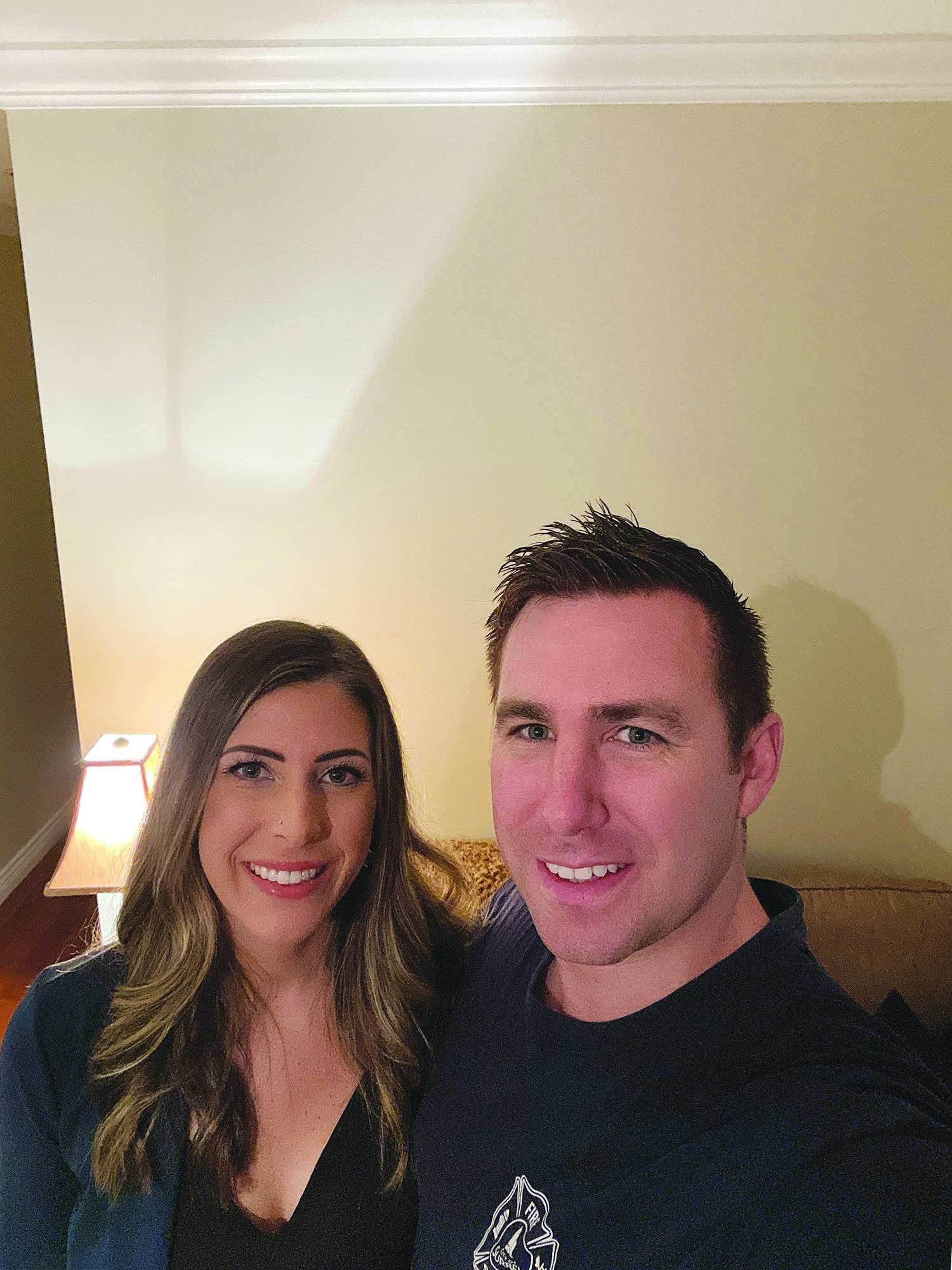