When asked about the more difficult aspects of cancer treatments, many married patients will say that seeing what their caregiver goes through is the hardest part.

Cancer is routine and life becomes rather dogmatically scheduled. A patient can get used to nausea, fatigue, and the basket of troubles that cancer delivers on the regular. The caregiver never gets used to seeing their significant other like this.

Being a husband or wife and a caregiver is an essay in contradictions. You must be concerned without appearing worried or stressed; frustrated without blowing your top; stoic and caring depending on the moment or at the same time. Most of all, you must be tough and keep on moving, a little bit of honey badger mixed with mama bear in order to keep things together.

Ashley Jungferman fits the bill to a tee.

The Jungferman family live on a farm in small town Missouri. There are dogs, cats, horses, chickens, vegetable gardens, and an ever-growing number of plants (Ashley’s passion).  Ashley had planned to go to school to get a degree in Health Information Management.

There was a lot going on.

Brian Jungferman did not have the typical symptoms of colorectal cancer. No significant digestive issues, bleeding, or weight loss.  However, he was getting fatigued and had even passed out a couple times.

In the Spring of 2019, Ashley’s mom was diagnosed with stage IV colorectal cancer. While visiting the hospital, Brian fainted while climbing the stairs. Ashley got him to a doctor, all the while expecting that it would be a minor issue. Tests came back and showed he was extremely anemic. Fearing he had an internal bleed, Brian was scheduled for a colonoscopy and endoscopy. The scope revealed a massive tumor that had pierced the wall of the colon.

Ashley recalls sitting in the waiting room of the oncologist’s office with her young daughter. They assumed the cancer would be early stage considering Brian’s age, but his cancer had spread to his lymph nodes and liver. He was Stage IV. The same diagnosis as her mother.

Two weeks after Brian’s diagnosis, Ashley’s mom passed away. They faced the delicate task of telling their young daughters, Alaina and Bailey, that their father had the same disease that had just taken their grandmother.

Chemotherapy and surgery would follow to remove the tumor and lymph nodes in the peritoneum (abdominal cavity).  Additional chemotherapy continued every two weeks after recovery from surgery. Y90 radioembolization was used to treat the liver tumors. The Y90  process involves placing a radioactive bead in the blood vessel that feeds a tumor – thereby feeding it poison.

Ashley’s education in Health Information Management was well-timed. The ability to read a letter from an insurance company or navigate your health insurance plan is invaluable in the cancer world.

Then there’s “Mama Bear” mode. As a note, it is called Mama Bear mode even if you are a man – they’re just fiercer. Mama Bear Mode is not losing control and blowing up. It’s almost a heightened sense of awareness. You become direct and firm. There’s the anger and frustration that insurance and hospital folks are used to dealing with, but you are making sure they know you have held those emotions entirely in check…for now. It becomes apparent that it is in their best interest not to arrive at the next place.

Ashley recalls a trip to MD Andersen. Despite being well prepared, the hospital kept insisting that they had not received the necessary documents. More than that, they were telling her that if they did not receive the necessary information, they would cancel his appointment.

Then the switches flipped and Mama Bear showed up. She informed the head coordinator that everything they needed was at the hospital, it was up to him to find it, and they would be there no matter what.

They found everything of course. After Brian’s appointment, the doctor stepped out to the waiting room. He wanted to meet this woman who had bulldogged his staff into action.

The family tries to keep life as normal as possible with beach trips to Florida and Texas, but things can still be difficult, and treatments do not work out and need to be changed or adjusted. New avenues need to be accessed. When this happens, Ashley tells herself, “Ashley, you just have to keep F’ing going.”

Life is difficult. Cancer makes it much more so. You do not wish it to happen to anyone, but if it does, it is good to have someone like Ashley on your side. 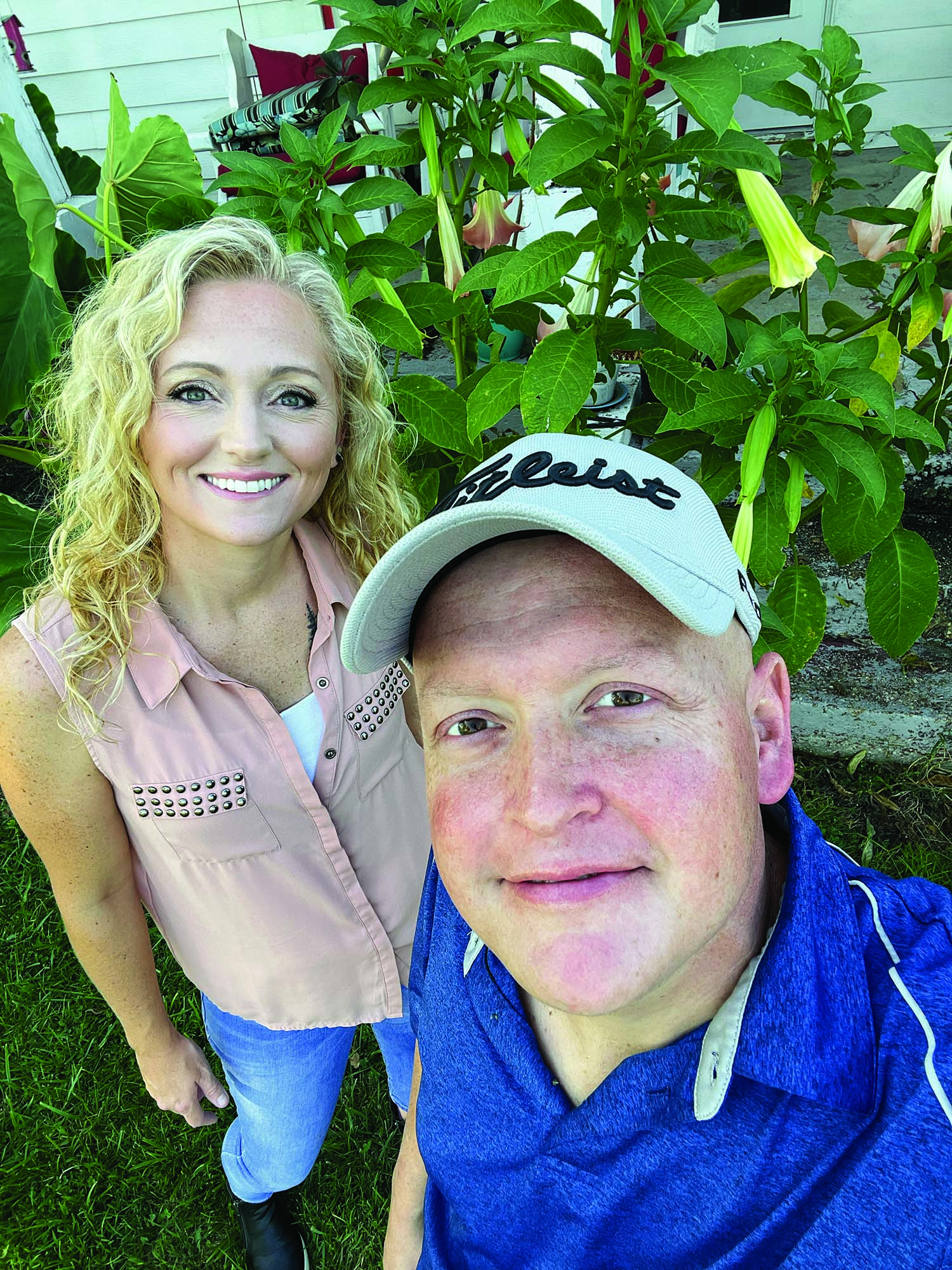